The Battle of IPL 2020: Delhi Capitals vs Mumbai Indians

Indian Premier League 2020 is almost halfway done. We have seen the teams enough to assess their qualities, weakness, and anticipate how the IPL 2020 will unfold!

And as of now, with no supernatural turnaround taken into consideration, two teams have a visible advantage over the rest: IPL Table Toppers- Delhi Capitals and Mumbai Indians! 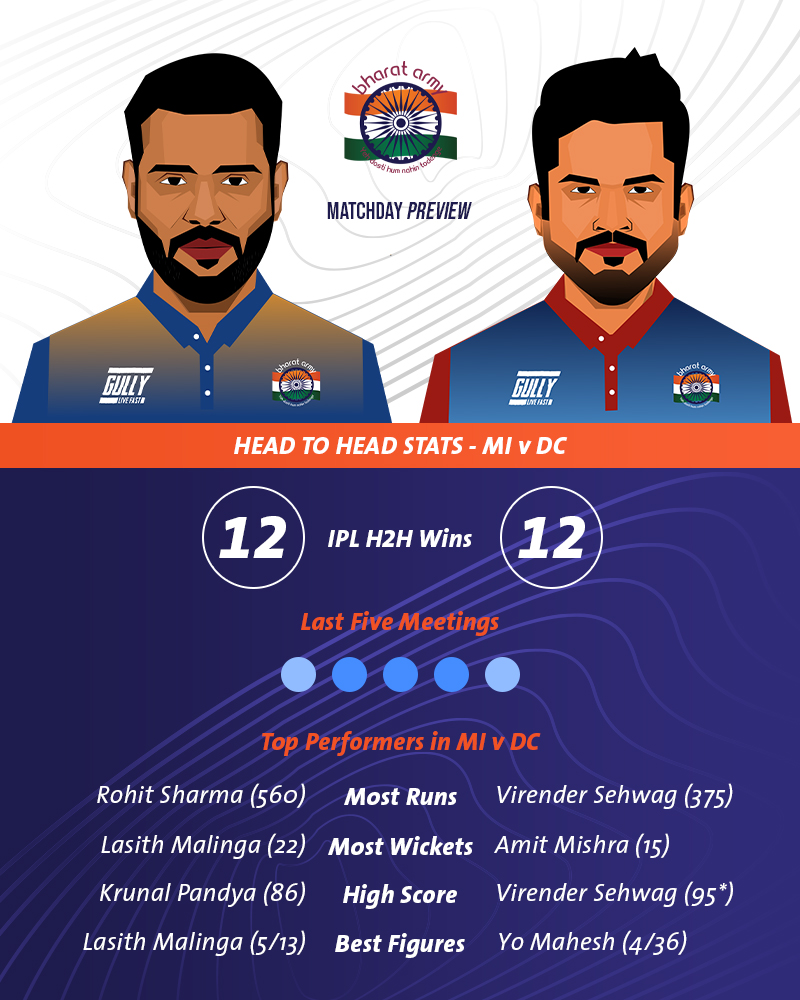 Surprisingly every cricket pundit had these two in their top four list before the IPL 2020 began. But now that we have seen them play six times, there are crucial elements of what has separated these two from the rest of the teams, let's dive straight into it:

(I) The Bowling Attack:

(a) Mumbai Indians- MI over the years of their success in the Indian Premier League (IPL) have done exceedingly well in maintaining and even improving their bowling lineup.

This season was no different. Jasprit Bumrah, Trent Boult, and James Pattinson have led the attack from the front. The trio has a jaw-dropping total of 30 IPL Wickets between them in just six games. The fact that IPL 2020 has seen so much of the batsman, that number is worth applauding. Also, their economy rates have been less than 8.5 which is pretty decent, considering that they bowl during powerplay or at the death when the batsmen are most in the mood to score big.

Leg spinner, Rahul Chahar has only made it more difficult for the opposition to manage scoring runs in the middle overs. The 21-year old has a total of 7 wickets so far. All-rounders Krunal Pandya and Kieron Pollard have also been handy, providing captain Rohit Sharma with multiple options to look up to as per the conditions. So even without Hardik Pandya being available to bowl, the defending champions have been deadly with the ball.  (b) Delhi Capitals-

DC on the other hand have clicked well. One of their key problems last season was Kagiso Rabada being the only option to look up to when the going got tough. This IPL season they look like a more balanced and deep bowling attack. Though Rabada still is the Purple Cap holder with 15 wickets in six games, Anrich Nortje with 8 wickets has eased the pressure off his Proteas teammate.