What is the Boxing Day Test match?

What is the Boxing Day Test?

A Boxing Day Test is the cricket match that commences one day after Christmas, it is celebrated on December 26 in the UK and other Commonwealth nations such as Australia, New Zealand and South Africa. However, it is the match played in Melbourne Cricket Ground, Australia that is considered to be the most momentous among all. And, the biggest Test Match of the year is upon us, as the two giants, India and Australia clash on the occasion of the Boxing Day Test and it certainly can't get better than this!

Australia has the crucial lead after the 1st Test match as they defeated India by 8 wickets in the 1st Test which lasted a little over 2 days, courtesy India’s dramatic collapse in the 2nd innings as they were bowled out for their lowest ever score of 36. The Virat Kohli-led side squandered the advantage on the third day after grabbing a 51-run first-innings lead.

India will be led by Ajinkya Rahane, as regular skipper, Virat Kohli has returned to India due to the birth of his 1st child. There are a plethora of changes expected as Shubman Gill and either of Navdeep Saini or Mohammad Siraj are expected to make their debut while Rishabh Pant is all but certain to be back in the starting XI as they aim to equalise the series. Let us know your thoughts on the Bharat Army's social channels!

Ahead of the Boxing Day Test which starts on December 26, here is a glance through the history of this festive occasion, memorable matches played between India and Australia at the ‘G’ and the recent record of the key players of both the sides at Melbourne Cricket Ground.

History of the Boxing Day Test:

Boxing Day Test was a sporadic occasion from 1950 to 1975 as it was played only 5 times in more than two decades. The history goes back to the late 19th century as the New South Wales and Victoria state sides played in the domestic competition but the match didn’t start on the 26th day of the final month of the year but the day was instead one of the playing days.

The Boxing Day Test has been held in Australia at the Melbourne Cricket Ground since 1980 when it became an annual feature on the Aussie cricket calendar.

● Don Bradman and Steve Smith have the highest average at the MCG among batsmen with a minimum of 250 runs at the venue. Bradman averaged 126 while Smith has an average of 112.

● Denis Lillee is the leading wicket-taker at the ‘G’ with 82 wickets.

Classic Clashes between India vs Australia at MCG:

India was winless in 6 consecutive matches 1985 to 2011. But on the previous two occasions, they haven’t lost as they drew in 2014 while winning in 2018. Here are the top 3 matches between the two sides at Melbourne.

The first match which will be fresh in the minds of the fans, as well as the players, will be the 2018 Boxing Day Test as India were victorious at the MCG for the first time. Pujara’s century helped India to post 443 on the board as he was aided by fifties from captain Virat Kohli, Rohit Sharma and debutant Mayank Agarwal. 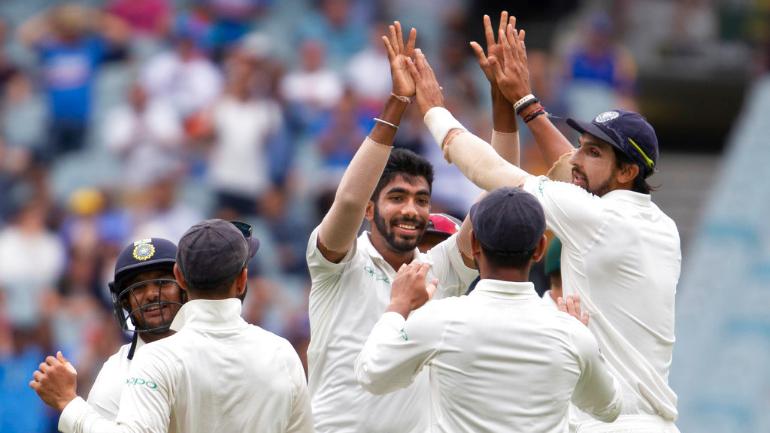 In the bowling department, Jasprit Bumrah picked 6/33 as India grabbed a mammoth first-innings lead of 293 runs. India scored 106 runs in their 2nd innings and set Australia a target of 399 but Bumrah picked another 3 wickets and was ably supported by Ravindra Jadeja, Mohammed Shami and Ishant Sharma as India won the test and took a 2-1 lead.

Perhaps one of the most memorable Boxing Day Tests of the 21st century was the one in the 2003-04 India vs Australia series. India couldn't capitalize on the start given by Aakash Chopra and Virendra Sehwag’s 141-run opening stand but was bowled out for a total of 366 as no other Indian barring Sehwag crossed the 50-run mark.

In reply, Australia scored 558 as Ricky Ponting hit a double century while Hayden 136 runs. India could only manage 250 odd runs as they set Australia a target of 95 which the home side chased down with ease.

In the controversial 2007-08 series, Australia played India in the 1st Test of the series and registered their 15th consecutive win. Hayden was the star again as he scored yet another century while Phil Jacques hit a half-century in the first innings. India got folded for a total of 196 as Brett Lee and Stuart Clark picked 4 wickets each and sans Sachin Tendulkar, nobody scored a century.

Australia declared for 351/7 in the second innings as they set a target of 499 for India. The bowlers did their job for the then-No. 1 ranked test side as they lost by 337 runs.

Among current players, the former Australian captain has scored the most runs in Boxing Day Test matches with over 900 runs in just 12 innings. He has scored 4 centuries and 3 fifties at the venue. Against India in 2014, Smith scored a resilient 192 for the home side.

The off-spinner is the leading wicket-taker in the present Australian XI with 31 wickets. Though his overall record is impressive, against India his average zooms to 96 and he has scalped only 4 wickets.

The pacer has arguably been the most penetrative Aussie bowler over the past few years and his record at MCG speaks volumes about his credentials. In just 3 Boxing Day appearances, Cummins has picked 18 wickets including a 6-for against India a couple of years back and was the lone star performer in an otherwise gloomy Aussie bowling attack.

Bumrah has played only once at Melbourne but was the man of the match in his only appearance as the Indian pacer picked a 6-wicket-haul in the first innings and also 3/53 in the 2nd innings as scalped the wickets of Finch, Marsh and Cummins.

Pujara’s century in the first innings in 2018 laid the foundation for an Indian victory and the visitors will hope that No. 3 batsmen will step up in the absence of Virat Kohli.

The stand-in skipper scored a century in the 2014 test at the MCG between the two sides and just like Pujara, India will hope that Rahane too has a good outing at the MCG. His performance in 2018 was a mediocre one but the memories of a 263-run stand with Kohli will inspire the Mumbaikar some much-needed confidence.