With their eyes set on the final of the World Test Championship in Lord’s in the summer of 2021, India step out to the field to play their first test since that eventful and historic victory against Australia in Australia. The men in blue are currently ranked number one in the red-ball format of the game. They have been at the top for three years running and cannot afford to lose the series if they wish to remain at the perch.

India hasn’t lost a single test to West Indies in this decade but the Caribbeans’ managed to upset England 2-1 earlier this year and have demonstrated that they are not mere pushovers. Led by their wonderful skipper Jason Holder, the West Indies batsmen are capable of holding their fort especially in home conditions and can frustrate the Indian bowling lineup that is seeing the return of several old faces. In this piece, we take an in-depth glance at India’s pace department:

The returns of Ishant Sharma and Umesh Yadav

Both Ishant Sharma and Umesh Yadav have been out of contention of the national team for a long while. India’s pace the department has often found itself spoilt for choice with the likes of Jasprit Bumrah, Mohammed Shami, Bhuvneshwar Kumar, and even Hardik Pandya, Ishant and Umesh has been surplus to requirements and has fallen down the pecking order. 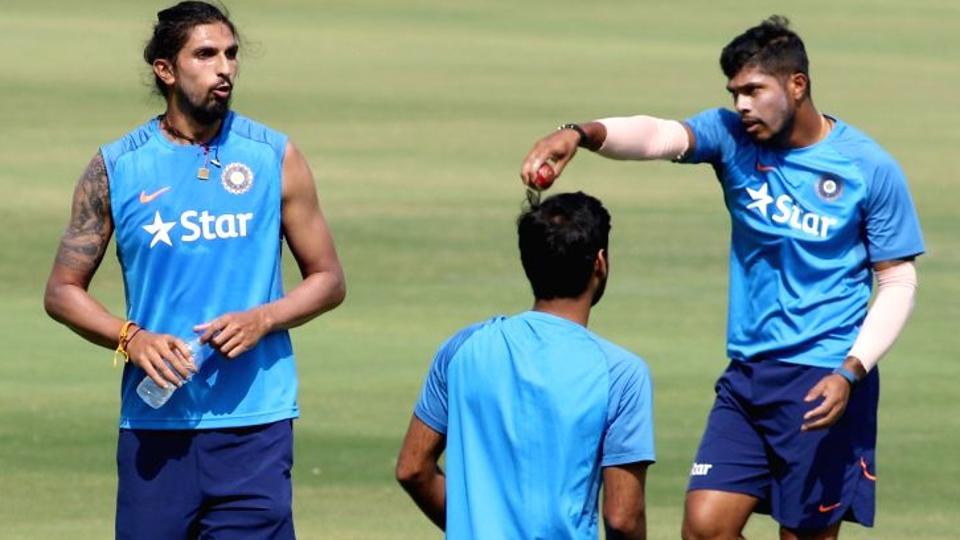 Umesh Yadav and Ishant Sharma make their returns to the test side. Image: PTI

Umesh Yadav played a mere fives tests in 2018 and featured in just one test match against Australia in Perth where he managed to clinch two wickets. However, his tour of the West Indies has begun well as Yadav managed to pick up three wickets in the first innings against West Indies A in Antigua.

“I am playing red-ball cricket after a break so the practice match has definitely helped me,” Yadav said. “In terms of preparing for the Test series, I believe it is all about getting your rhythm going first and then the line and length. I have been working on that.

Ishant Sharma has also been in fine form and showed that when he got early breakthroughs against West Indies A. He wreaked havoc on the second day leaving West Indies A reeling at 30 for 2 after dismissing batsmen Jeremy Solozano and Brandon King before returning to dismiss Kavem Hodge who was starting to build momentum with a half-century. Ishant Sharma getting into the groove straight away is a great sign for India as the 30-year-old has often been away from the team in the shorter formats of the game and every professional cricketer knows how important a factor rhythm is to their game.

Bumrah and Shami are two of the most reliable options for India in the fast bowling department and they are coming off of a long season consisting of the World Cup and the Indian Premier League. The management might decide to pick either of the two to complement Umesh Yadav and Ishant Sharma or might field both of them along with Ishant Sharma as and per fitness levels and specific conditions. 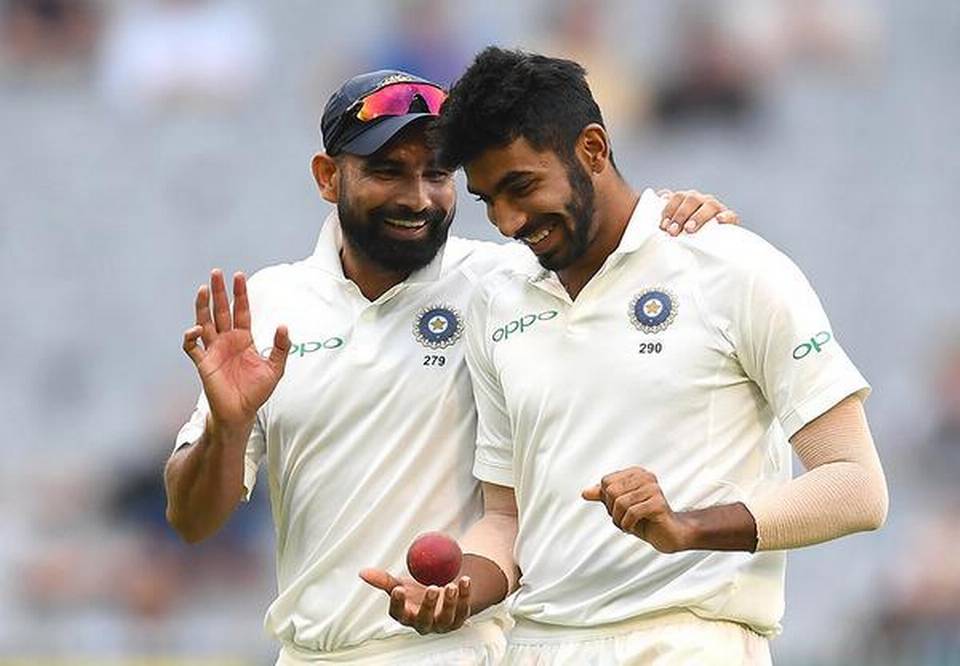 Bumrah and Shami will be expected to deliver, once again. Image: Quinn Rooney

Bumrah went wicketless in the test match against West Indies A and gave away 45 runs in 11 overs, the first bit of action he has seen since the World Cup while Mohammad Shami was not utilized.

Plenty of room to experiment

It remains to be seen whether India plays with four specialist bowlers or five during the test series. The chances are that India will go with a five-man bowling unit that includes three seamers and two pacers. While Kuldeep Yadav and Ravichandran Ashwin is up for contention as specialist spinners, Ravindra Jadeja has shown he can be more than useful when used in that role.

Coming to the pace department, we are likely to see a combination of Ishant Sharma and Umesh Yadav who has been in great form recently and are desperate to get back to national team contention being used alongside Jasprit Bumrah who is expected to have a bigger impact than he had in the practice match.