When the line between Sachin and immortality got blurred

Does Lightning strike twice? When the battle is between Sachin Tendulkar and the Australian bowlers- it surely does, and it well and truly did on the night of 24th April 1998. Two days ago, in the midst of a Desert storm, Tendulkar's whirlwind knock of 143 had single-handedly carried India to the final of the tri-nation tournament.

The crowd was again waiting to get gobsmacked by Tendulkar's blitz. The occasion was momentous too. It was the 25th birthday of the Master Blaster. The whole country was pumped, as was Tendulkar. For Sachin knew that if he didn't back up his 143 with another impactful performance and considering how much the Indian batting relied on him, the Desert storm innings would be of little relevance. 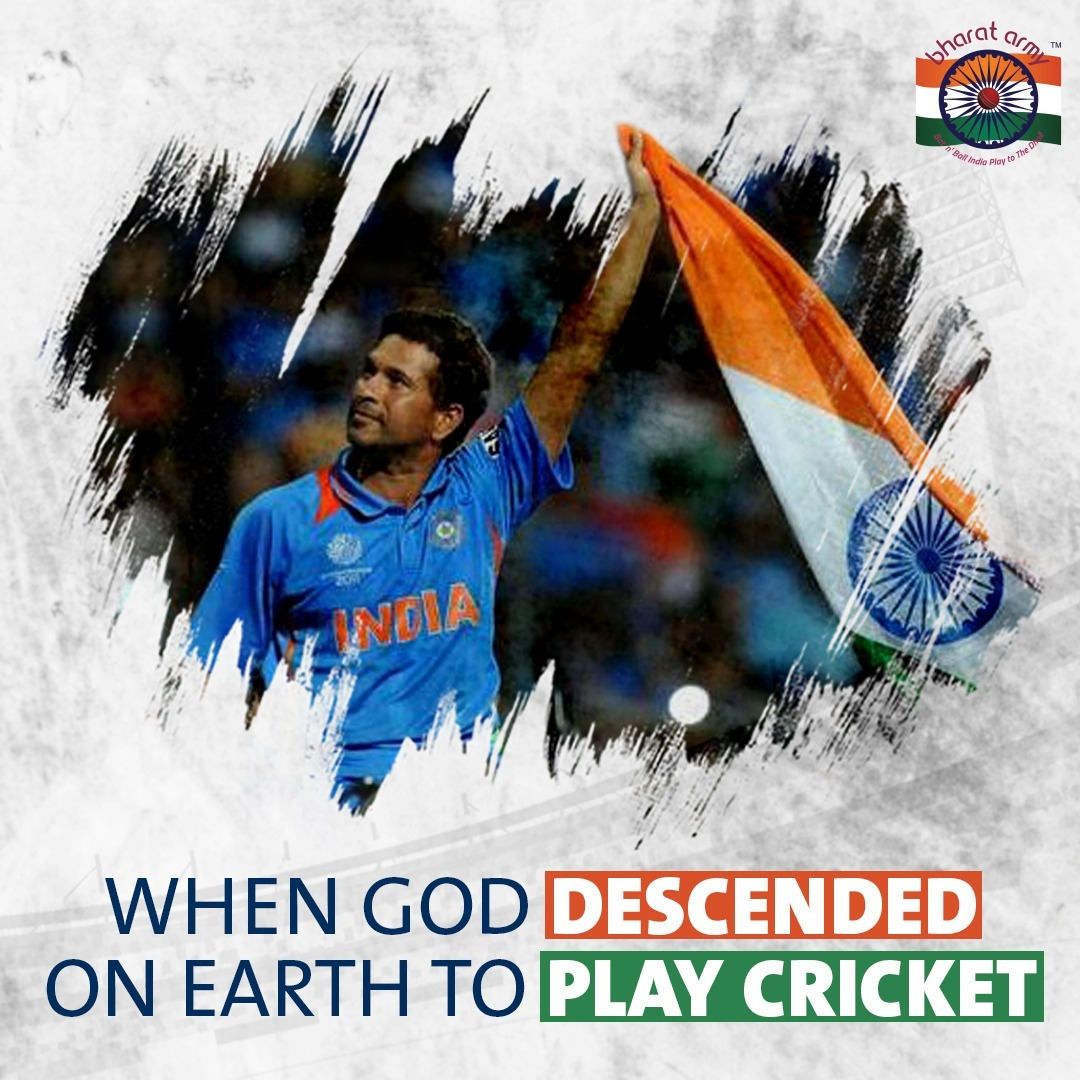 Scoring a hundred against the Australian attack of Kasprowich, Gillespie, Fleming, and Warne during the 90s was a challenge for any batsman; let alone scoring two in the space of three days in searing conditions of Sharjah.

Just like the previous encounter, Australia batted first in the final. The Kangaroos didn't get off to an ideal start as Agarkar [2-61] and Prasad [2-32] knocked over their top-order, sending the likes of Mark Waugh [7], Ricky Ponting [1] and Tom Moody [1] with the score reading 3-26 in the first six overs. But Adam Gilchrist [45] stitched a crucial 59-run stand with the centurion of the last game, Michael Bevan [45].

But as the partnership was looking dangerous, Gilchrist nicked one to Mongia while Bevan ran himself out to leave the Aussies reeling at 5-121 at the halfway mark. With Australia's innings under the Kosh, skipper Steve Waugh [70] and Darren Lehman [70] dig in to stitch a 103-run stand for the sixth wicket, eventually posting 9-272 after 50 overs.

Now for the millennials and the young cricket fans, you'd be like 'What's the big deal with 272? It's not even a par total.' True. In an era where T20 cricket has revolutionized stroke-play blurring the boundaries of limits as to what can be achieved on a cricket field with the bat; where two balls are used in a single innings nullifying the effect of reverse-swing and conventional off-spin, the target of 272 would look like an easy meal.

But things were very different back in the 90s. It was an era where the scoreboard pressure was considered paramount. It was an era where an average score of sides' batting first hovered around 230 and anything over 250 was considered as a death knell for the chasing side. And not to forget the use of a single ball throughout the innings, the pressure of the final. The odds were always stacked against the chasing side.

Factor in that it was the final of the tri-series, played in the searing heat of Sharjah against arguably the best attack in the world, and you will realize the magnanimity of what Tendulkar achieved that night. Batsmen have a tendency to let their guard down after playing a whirlwind knock and fail to back it up with another powerful performance. But Tendulkar was not going to let his guard down, not on that night, and certainly not against the Aussies. His intensity hadn't even dropped an inch after that Desert storm inning. In fact, it had gone up a notch higher as the burning desire to beat Australia in a tournament final overpowered everything.

He strode out to the crease like he was continuing from where he had left two nights ago, and the Australians simply had no answers for it. Tendulkar quickly got into his act unleashing his fury on the Aussies. He cut, pulled and on-drove the likes of Fleming, Kasprowicz, and Moody before laying into Shane Warne, smoking sixes over the leg-spinners head. 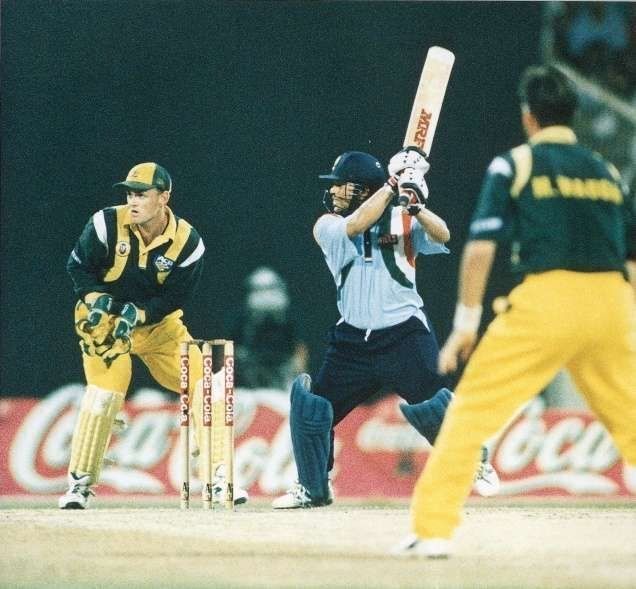 The Little Champion reached his hundred in the 37th over to a thunderous crowd ovation. But, he was not done yet. He proceeded to hit Warne for two consecutive boundaries before smoking Tom Moody for a straight six over his head that prompted the Late great Tony Grieg to speak one of his most iconic lines which still reverberates in the ears of every cricket fan to this day.

'The little man has hit the big fellow for six. He's half his size and he has smashed him over his head. WHAT A PLAYER!! WHAT A WONDERFUL PLAYER!!!"

Michael Kasprowicz got the same treatment with Tendulkar depositing the slower ball on the roof of Sharjah prompting Grieg- yeah, that man again- to compare the Little Champion as the closest thing to Bradman. With the score reading 248, Tendulkar was contentiously adjudged LBW by Steve Buckner but not before he had singlehandedly taken India on the cusp of victory.

You can argue about his best innings- and there are many- during the course of his 24-year-long career, and have different views about each of those innings, but the fact with which almost everyone will agree is that those two knocks [143 & 134] in the April of 1998 was the closest that Tendulkar got to immortality.

Its been 21 years to that magical night in Sharjah and the fact that we are still talking or writing about it, is a testimony to the fact that for cricket fans irrespective of whether they watched it live or not, those two nights in Sharjah will forever be remembered as  occasions where the line between Sachin and immortality got blurred.

And Tony Grieg's commentary certainly played its part in making that innings immortal.

That atmosphere. That innings. That commentary.