India's captain, Virat Kohli has been rested for the last two ODIs and the subsequent T20I series against New Zealand, the BCCI announced today.

In Kohli's absence, Rohit Sharma will lead the side. Kohli has played 14 of 15 Tests that India has played since the start of 2018 during which he racked up 1345 runs to go along with 1400 runs in 18 ODIs. The Indian superstar recently swept all three ICC Awards- ICC Player of the Year, ICC Test Player & ODI Player of the Year for his stupendous performances across the three formats

"Considering his workload in the last few months, the team management and Senior selection committee are of the view that it would be ideal for him to get adequate rest ahead of the home series against Australia," the board said in a media statement.

The BCCI has carefully managed Kohli's workload in recent times considering the grueling schedule. The Skipper was previously rested for the Nidahas Trophy, One-off Test against Afghanistan and the Asia Cup following a gruesome 5-match Test series in the UK.

In Kohli's absence, Rohit Sharma has chipped in and has led with finesse, helping India win both the Nidahas Trophy and the Asia Cup- Sharma's last assignment as skipper. Earlier, fast bowling spearhead, Jasprit Bumrah was rested from the white-ball cricket leg across the Trans-Tasman. 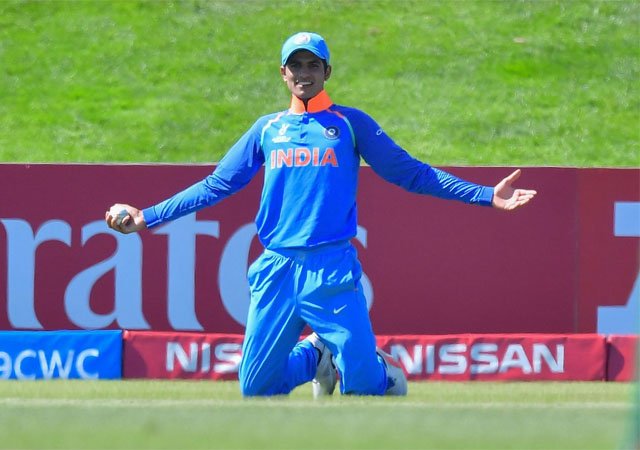 Kohli's absence in the last two ODIs could open the door for teenage prodigy Shubman Gill in the middle-order. Gill, who was named 'Player of the Tournament' in India's victorious U-19 World Cup campaign in this very country, was named as a replacement for KL Rahul after the latter was suspended for controversial remarks in an  Indian talk show.

Gill's national call-up was a reward for his imperious run of form in domestic cricket. The right-hander scored 728 runs in five Ranji Trophy matches for Punjab at an average of 104 which included four half-centuries and two hundred. Overall, his record in 50-over cricket is also pristine. In 36 List A matches, Gill has scored 1529 runs at an average of 47.78. With India still searching for their ideal No.4, giving a chance to Shubman Gill might be worth a punt.