It’s that time of the IPL where all eyes will be on the points table. It is tough to predict which teams will occupy the top 4 positions in the point table. Although there are quite a few matches left in the group stage, this period will be crucial for all the teams, given the unpredictability that the Indian Premier League offers. The margins of victories will be essential for teams, especially the ones fighting for the third and fourth position in the points table. 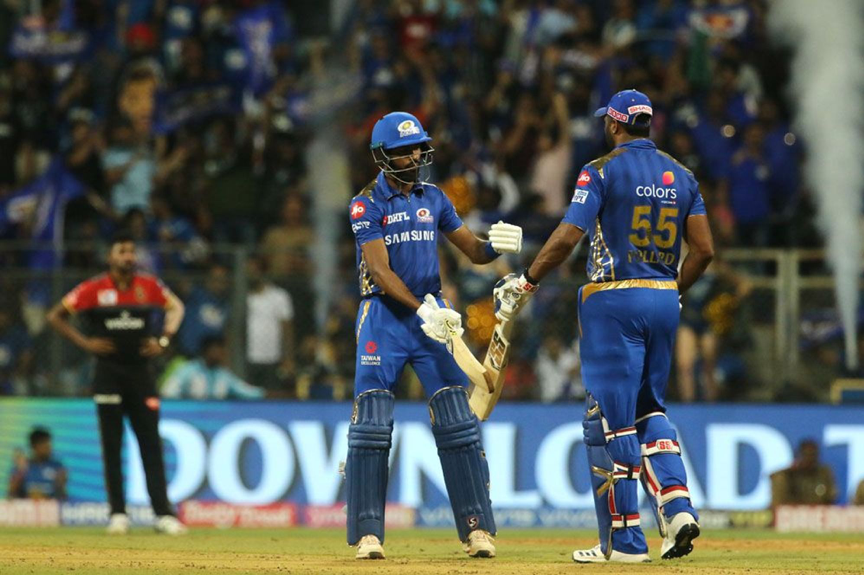 The team rivalries in the Indian Premier League are difficult to define and can match or destroy the expectations or build-up before the game. Such was the case when these two sides met each other at the Wankhede. After being asked to bat first, the Royal Challengers Bangalore had a mix of ups and downs throughout the innings and the approach that seemed to be a good total soon turned into a mini-collapse, thanks to Malinga’s 4-31. The Mumbai Indians had an explosive start chasing 172 and Hardik Pandya played his finishing role to perfection by guiding the Mumbai Indians to victory with one over to spare.

2. CSK lose to the Sunrisers in absence of Dhoni 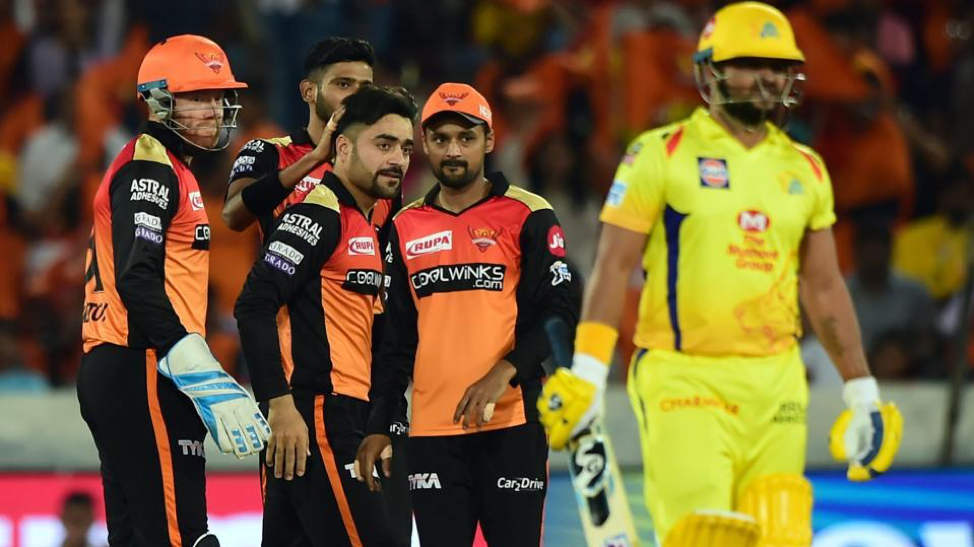 The table toppers Chennai Super Kings competed against a confident Sunrisers Hyderabad under the leadership of Kane Williamson. CSK were playing without MS Dhoni in the squad as the skipper was recovering from a niggle after their previous game. Suresh Raina, who was the stand-in captain opted to bat first in Hyderabad. The Super Kings had an impressive start with an opening stand of 79. Unfortunately for them, the Sunrisers bounced back with quick wickets and their splendid bowling skills which they excel at. Once again, the opening stand of Jonny Bairstow and David Warner, which has got the entire IPL talking, dominated the bowlers and made the chase extremely comfortable.

3. Kohli lights up Eden with a ton, KKR nearly shock everyone with their chase

It was a batsmen’s day out at the Eden as the bowlers were smacked all over the park with gigantic sixes. Virat Kohli scored his fifth IPL century and demonstrated a knock full of class, timing and explosiveness. Moeen Ali silently smashed the spinners in the middle overs in his 28-ball 66. RCB batsmen started on a slow note but boy did they capitalise in the end! Chasing a mammoth 214, the Knight Riders were off to a disappointing start with hardly any runs in the powerplay overs. Out of nowhere, Nitish Rana played a quick-fire knock of 85 off just 46 deliveries along with Andre Russell who scored a whirlwind 65 off 25 deliveries smashing 9 sixes. The Royal Challengers played a bold move by handing over the ball to Moeen Ali who managed to restrict the muscle man thus helping the team win by a close margin of 10 runs.

4. Royals make it two out of two against the Mumbai Indians 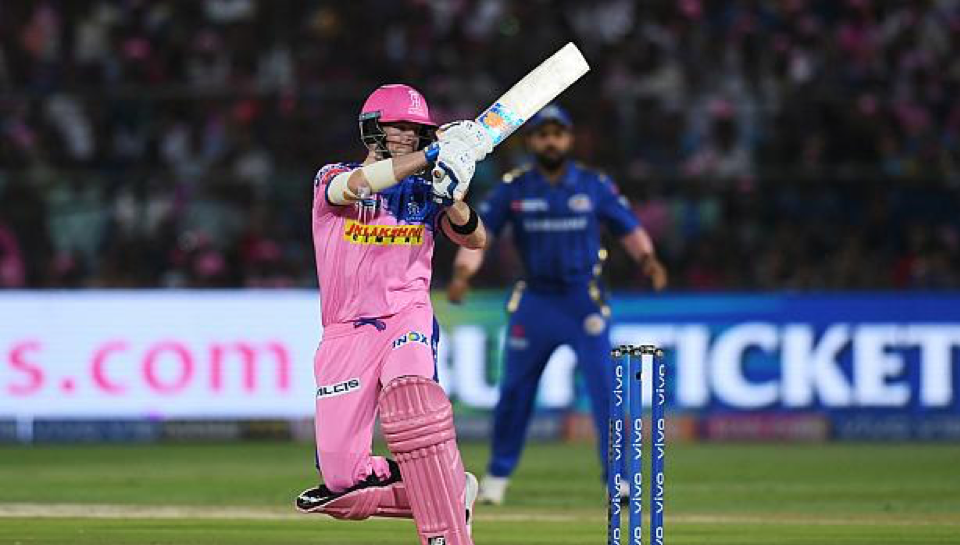 The Rajasthan Royals haven’t had the best of the seasons so far as they ended up being in the losing side more than often. Since the results weren’t turning in their favor, the Royals appointed Steven Smith as their new skipper so Rahane could focus more towards his batting aspect and provide aggressive starts to the team. The Mumbai Indians lost their home game against Rajasthan Royals earlier in the tournament and were hence looking to dominate over the Royals in Jaipur in order to establish a stronger position in the points table. Batting first, the Mumbai Indians posted a competitive total on the board and set a target of 162 for the Royals. Rajasthan were playing in absence of their star opener Jos Butler, who flew back home in arrival of his newborn son. But, the newly appointed skipper Steve Smith played a captain’s knock scoring a fifty along with young Riyaan Parag, who scored a quick 43 off 29 to lead the Royals to a victory and make it two out of two against the Mumbai Indians in this edition. 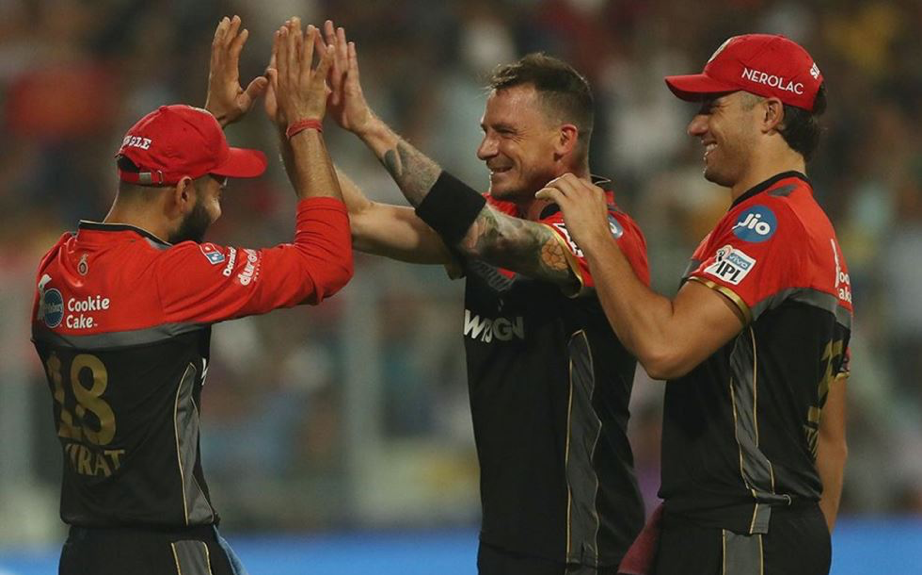 You gotta love the rivalries taking place in the Indian Premier League. The Royal Challengers hosted the Chennai Super Kings on a Super Sunday and the clash was breathtaking! An RCB vs CSK clash means Virat Kohli taking on against MS Dhoni, both being the ambassadors of Indian Cricket. A lot of matches in this edition have nail-biters. But this game crossed the expectations and the hype before the match. The Chinnasawammy stadium saw a combination of both yellow and red. Putting into bat, the Royal Challengers started slow and CSK dismissed Virat Kohli early on in the innings. Parthiv Patel anchored the RCB innings and kept the momentum going eventually setting up a competitive total of 161. Dale Steyn, who made a fresh entry to the RCB team picked two wickets in two consecutive deliveries and CSK were in early trouble. But Ambati Rayudu and MS Dhoni put on a brilliant partnership before Rayudu was castled by Chahal. Cut to the last over of the innings, CSK required 26 runs off 6 balls and MS Dhoni smashed Umesh Yadav all around the park finally requiring 2 off 1 ball, when Parthiv Patel’s direct hit ran out Shardul Thakur and RCB emerged victorious at the end.

Such is the beauty of the Indian Premier League which keeps on producing thrilling clashes like this. The competition is very intense and expect more thrillers like this in the coming matches!