The Men in Blue kickstarted their preparations towards building the side for next years ICC T20 World Cup in Australia with a four-wicket win over hosts West Indies in what turned out to be a low-scoring affair. The win was set-up by India's bowlers- all of whom took one wicket apiece- and spearheaded by debutant Navdeep Saini, who claimed two wickets in his maiden over in International cricket. 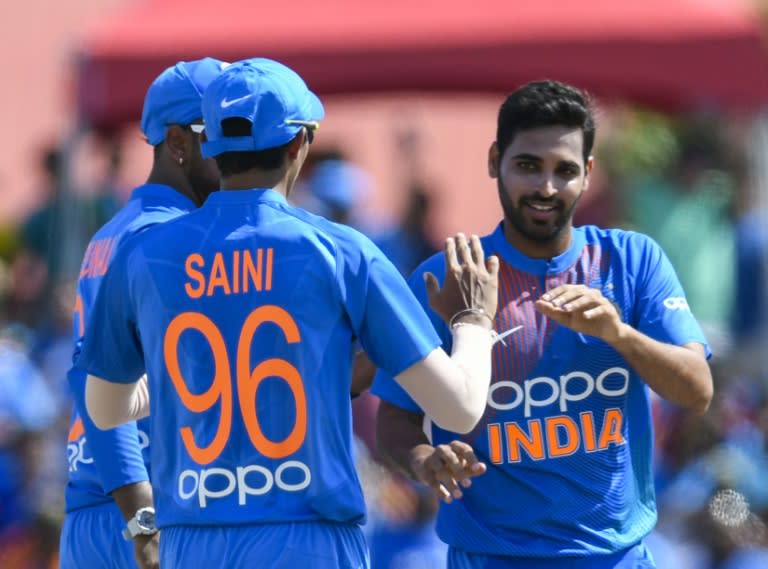 India started with the off-spin of Washington Sundar at the outset and we're rewarded almost immediately when John Campbell, in an attempt to slog sweep found Krunal Pandya at deep mid-wicket. And it got even better when Bhvneshawar Kunar got the prized scalp of Evin Lewis, bamboozling him with a knuckle-ball to leave the hosts reeling at 2-8.

Nicolas Pooran looked in prime touch again. The left-hander took the attack to Washington Sundar smoking him for a four and a six and also greeted Saini into International cricket with a straight six over the fast bowlers head. But, it turned out to be one shot too many for Pooran. In an attempt to hoike Saini on the on-side, the left-hander was beaten for pace and ended up skying it straight up in the air, only for Pant to complete a simple catch.

It was Saini's maiden International wicket and things got even better for the debutant when Shimron Hetmayer, in an attempt to guide the ball past third-man, played it onto his stumps off the very next ball. West Indies: 4-28. It soon became 5-33 when Rovman Powell, for some reason decided to chase a slower widish delivery from Khaleel Ahmed, only to end up edging to Pant.

Pollard runs out of partners as Saini takes three on debut 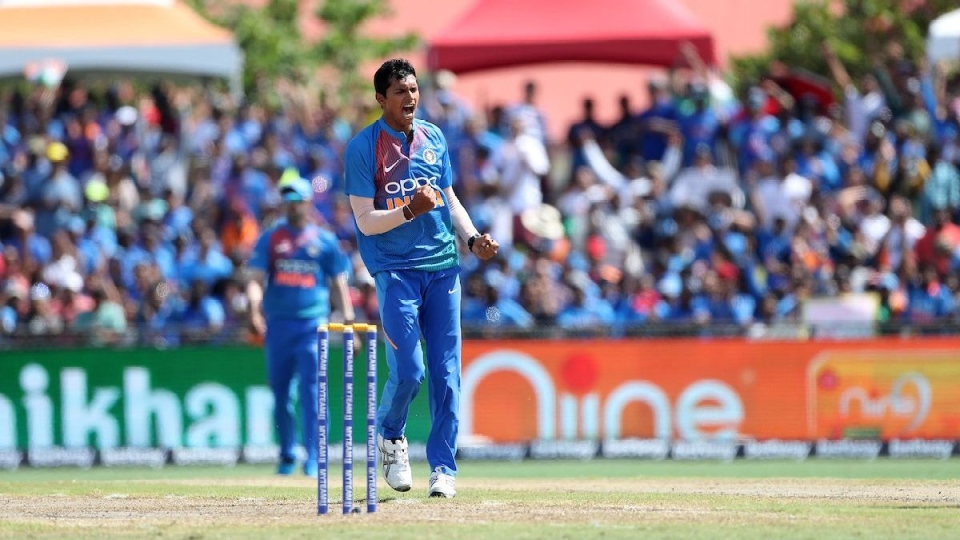 The next 8.2 overs saw Windies senior pair of Pollard and Brathwaite repair the fledgling innings. The pair added 34 runs for the sixth wicket before Krunal Pandya's stunning return catch ended Brathwaite's 24-ball-9 innings. Sunil Narine didn't stay long either. The off-spinner in an attempt to pull the tossed-up delivery by Jadeja ended up hitting it straight to Khaleel Ahmed at deep square-leg. West Indies 7-70.

Pollard continued to hold one end up and taking calculated risks to push the score past 100 but wickets continued to tumble at the other end with Bhuvi accounting for Keemo Paul and Saini (3-17) returning to snare the big man himself LBW, one run short of his half-century. The debutant finished with figures of 3-17 and ensure couldn't get past the 100-run mark, eventually finishing at 9-95. 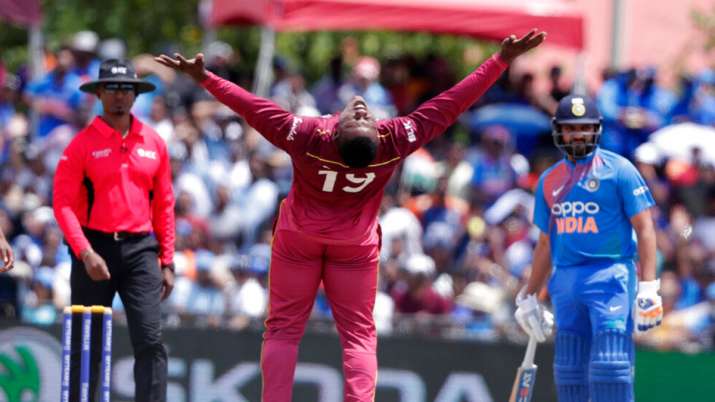 Chasing 96 to win, the Men in Blue too did not get off to the best of starts. Shikhar Dhawan's return to the side didn't turn out the way the Southpaw would have wanted. The left-hander missed his bread and butter shot- the swivel down the leg-side- completely and was adjudged LBW against Sheldon Cottrell.

Rohit Sharma consolidated after Dhawan's dismissal but soon came into his own, stroking effortless strokes off Cottrell and Narine. But, as was the case with Pooran, one-shot proved too many for Sharma as he holed out to Pollard at long-on when he tried hitting Narine across the line.

One brought two for Narine as Rishabh Pant in attempt to slog sweep the off-spinner could not get the ball past Sheldon Cottrell stationed at deep square-leg. It was almost a carbon-copy of his dismissal in the World semi-final; a shot so detached from the situation of the game and the pitch on offer that you can't help yourself but wonder: When will the guy learn?

Manish and Kohli repair the innings; Sundar finishes off in style

Post the successive dismissals of Rohit and Pant, Manish Pandey and skipper Virat Kohli consolidated the Indian innings with a 32-run stand. Pandey announced his return to international cricket with a cracking straight drive. But on a track which was sticky and where shot-making was difficult‌, neither of the batters looked completely settled.

Pandey's stump was shattered by a searing Keemo Paul yorker while Virat Kohli was sucked-in by a slower delivery by Sheldon Cottrell. It was banged in short, Kohli tried to pull but could only manage to lob it straight to Pollard at short-midwicket.

Krunal Pandya and Ravindra Jadeja withered down the target to under ten before Paul bamboozled Pandya's stumps with another brilliant slower delivery. But Washington Sundar ensured there were no more hiccups to the run-chase as he launched a six over long-on to seal a tense four-wicket win for India, their first in three attempts in Florida.