The modern cricket era which is dominated with the ever-increasing popularity of T20 Cricket has seen records being broken that weren’t even thought of, in the past years. Obviously, most of the above records belong to the achievements of batsmen due to certain shot selections that never existed before in the game. But, back in the days, it was the aggressive and lethal pace that characterized the personality of Cricket.

On 24th February 2010, Sachin Tendulkar became the first batsman to score a double century in Men’s One Day International Cricket. With T20 Cricket just being introduced, Sachin’s innings was way ahead of its time. Although Sachin was known to cricket as the one who smashed records every now and then, this particular record came to cricket fans as a surprise. Also, this double ton was scored against the likes of Dale Steyn (who had ordinary bowling figures of 10-0-89-0), Jacques Kallis and Wayne Parnell. 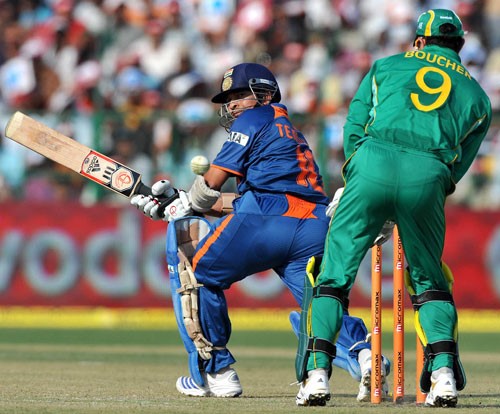 The second ODI against South Africa at Gwalior saw Sachin Tendulkar hitting the ball all around the park and him scoring an unbeaten 200 by batting throughout the fifty overs. This innings of him included 25 fours and 3 sixes, with each boundary coming right from the sweet spot of Sachin’s bat as he was middling everything that day. It took him only 147 balls to reach the iconic landmark of 200.

Sachin was on 199, with MS Dhoni at the other end, and Charl Langeveldt bowled a full-length delivery wide outside the off-stump to which Sachin sliced to the fielder at point and an energized Ravi Shastri on air quoted –

First man on the planet to reach 200, and it’s the Superman from India – Sachin Tendulkar! This moment is still very fresh in the minds of cricket fans as it changed the dynamics of One Day Internationals. 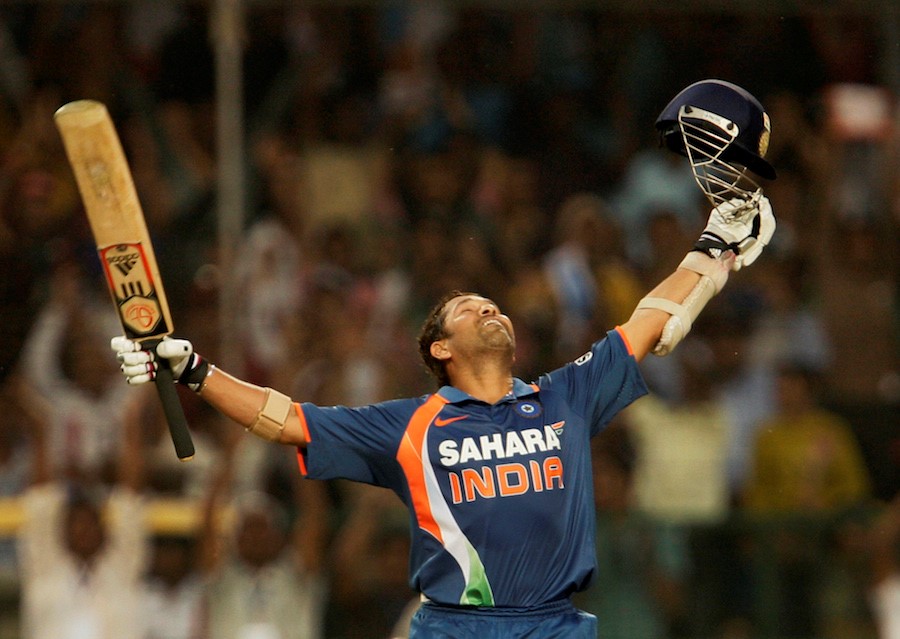 “I don't know how to react to this. I would like to dedicate this to the people of India who have always stood behind me for these 20 years amid the ups and downs. I was striking the ball and timing the ball well, it was coming on to the bat nicely. Yusuf came and changed the momentum and MS really struck the ball well; it was due to their big hitting that we were able to put up such a big score. It was only when I got closer to the score that I realized that I had an opportunity and I could take the singles to give MS the strike.

I'm enjoying my cricket. I've always played the way I felt was the right way to play, always done what I felt was good for the team. There have been times when I've made some bad decisions as a batsman, but as long as in my heart I know that whatever I'm doing for the team at that moment, I'm going to go ahead with that. It feels good that I lasted for 50 overs, a good test of my fitness. I'd like to bat another 50 overs at some stage and see that the fitness level doesn't drop.”

After Sachin, seven batsmen have scored an ODI double century, among which four of them are from India. But this knock still remains close to our hearts.

Did you like the above story? Do join the Bharat Army for FREE to continue receiving similar cricketing moments and updates and show your support to Team India. Below is the link to join us –