Rishabh Pant fires as India A extend their dominance 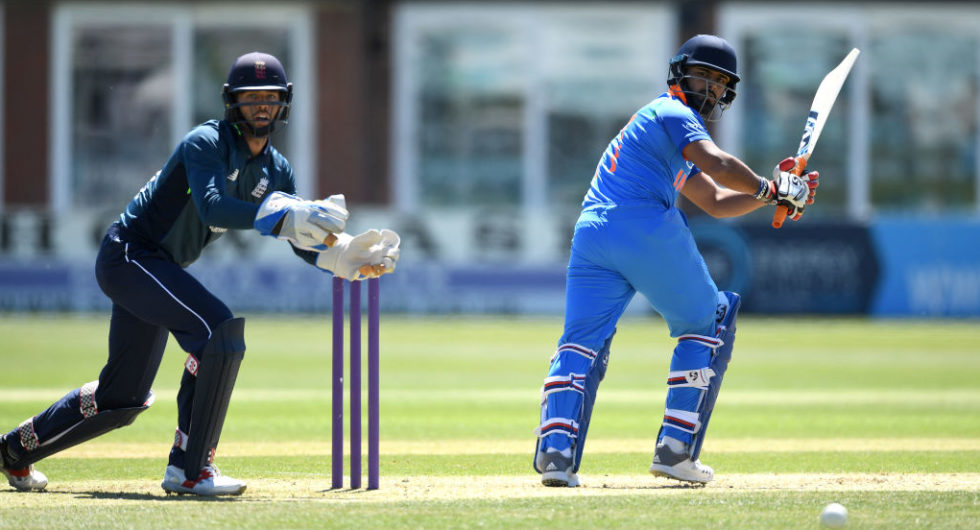 Rishabh Pant [73 not out] and Shardul Thakur's 4-49 were at the heart of India A's six-wicket win as the Men in Blue extended their dominance over the touring English Lions to extend the series scoreline to 4-0.

After having already won the series, India A fielded a new-look side including national side's Test wicket-keeper Rishabh Pant.

Batting first, the Lions' top-order faltered yet again as Thakur [4-49] knocked over both the openers in Davies [15] and Jacks [11]. Sam Hain fell to Rahul Chahar while Ben Duckett, too, failed to contribute, edging Chahar to Pant.

Ollie Lope scored a patient 103-ball 65 and stitched a 58 and 63-run stand with Sam Billings [24] and Steven Mullaney [58] to hold the fledgling ship. But, his run-out triggered yet another collapse as Thakur returned to knock over Gregory [1] and Overton [13] and restrict the Lions' to 8-221 in 50 overs.

Chasing 222, the Men in Blue almost made hara-kiri of the modest total. KL Rahul made a patient 42 after losing his opening partner, Ruturaj Gaikwad for a duck. But, like the first One-day, the middle-order was more than up for the task.

Rishabh Pant spearheaded the chase with an enterprising 76-ball-73; a knock which included six fours and three sixes, and along with Deepak Hooda, who scored a run-a-ball 47, stitched an unbeaten 120-run stand to take his side past the finishing line.