When we talk about the great Indian captains- we talk about Kapil Dev, Mohammad Azharuddin, Sourav Ganguly, MS Dhoni and some may even take Virat Kohli's name in the same league after India's historic win Down Under.

But, we seldom talk about Rahul Dravid- the captain. We may attribute numerous accolades on him for his batting prowess but seldom is 'The Wall' given the credit for some of the memorable heists the Indian team achieved under him. 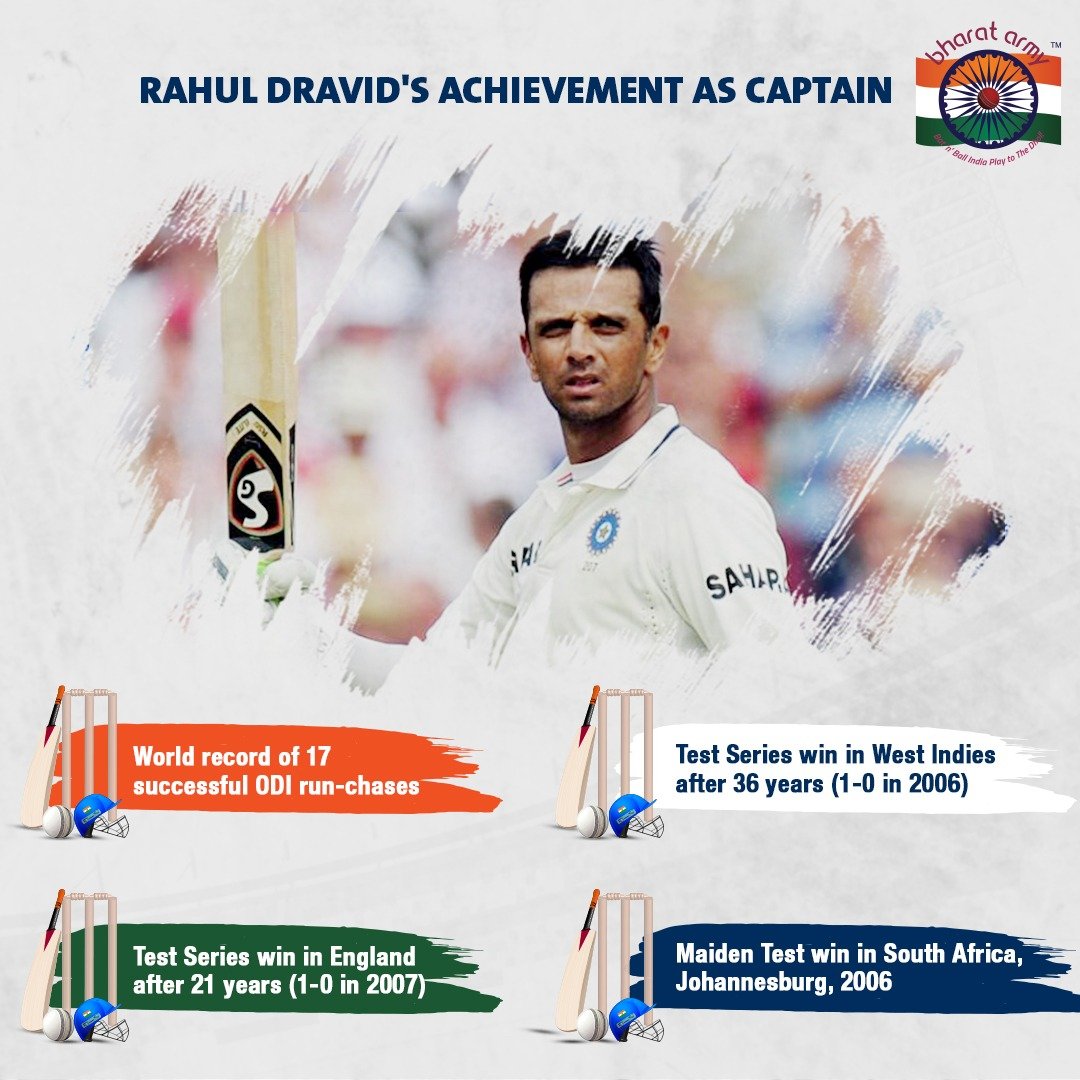 On the occasion of Rahul Dravid's 46th birthday, here's a look back at some of his achievements as captain of the Indian Cricket team- 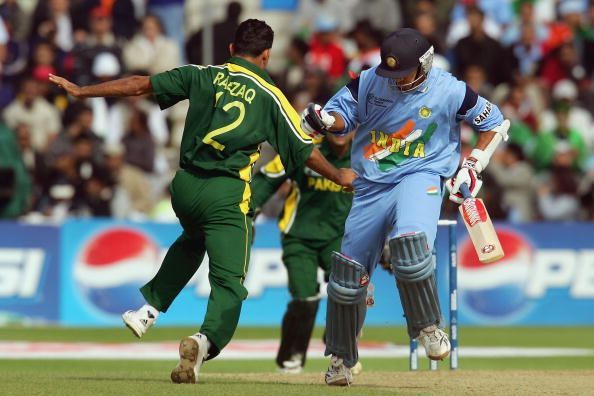 The Indian team's ODI performance ever since their historic series win in Pakistan [3-2 in 2004] tapered off, and a prolonged phase of mediocrity that saw them get knocked out of the ICC Champions Trophy [2004] and lose a home series to Pakistan in early 2005.

After taking over the leadership, Dravid's immediate task was to address the downward spiral, starting from the seven-match ODI series at home against Sri Lanka.

The change of guard worked wonders for the team as Indian went on to claim the ODI rubber against Sri Lanka [6-1], England [5-1] before beating Pakistan in their own den [4-1].

India created a plethora of records under Dravid, none bigger their streak of 17 successful run-chases, fifteen of which came under the Indian Wall, surpassing the previously held record of 14 by the West Indies. 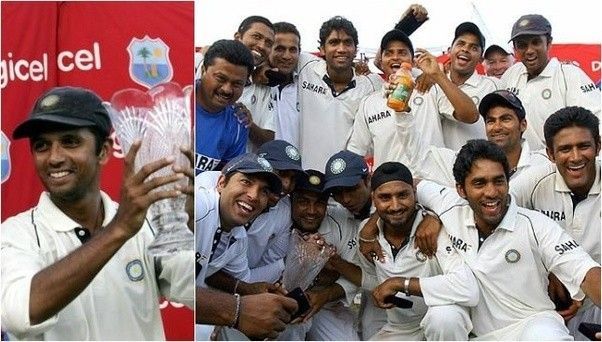 The West Indies had been in a decline by the time 2006 has rolled around but in Fidel Edwards, Dwayne Bravo, Pedro Collins and Jerome Taylor, they had a considerably better attack than the one that defeated India 2-1 back in 2002. To back it up they had the likes of Sarwan, Gayle, Chanderpaul, and Lara in the batting unit.

India had not won a Test series in the Caribbean since 1971, but the Rahul Dravid-led side dominated 2006 series right through. They fell one wicket short of a win at St John's, three in Gross Islet, and after a draw in the third Test, won a hard-fought Test at Jamaica to win the series 1-0. Rahul Dravid led from the front with his bat, scoring 496 runs in the series while Anil Kumble starred with the ball, claiming six wickets in the final innings at Jamaica. 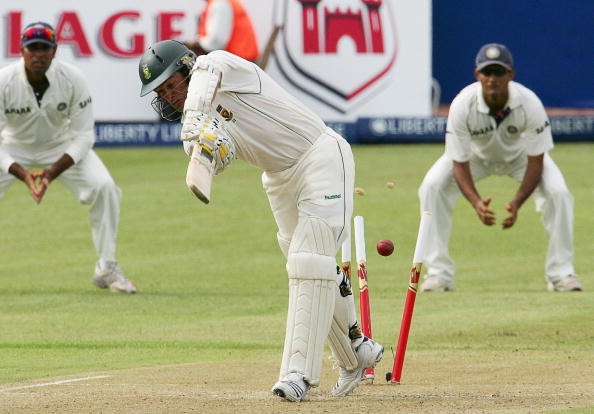 India had been traveling to South Africa since 1992 but it took them 14 years and three winless tours to register their maiden Test win in the rainbow nation.

It was the Dravid-led team that broke the drought and registered their first-ever win in South Africa at Johannesburg in 2006. What made the win even more special is it came on a spiteful pitch which was tailor-made for the hosts.

India batted first and on the back of defiant innings of 51 by the comeback man Sourav Ganguly, accumulated 249 in the first innings. S Sreesanth bamboozled the Protea batsman with one of the better spells of seam bowling, you'll ever see to bowl the hosts for a poultry 84.

India, then, rode on the momentum, and on the back of a half-century from VVS Laxman [73] set South Africa a Brobdingnagian total of 401 to chase in the final innings.

Ashwell Prince held the fort for his side in the fourth innings, but three-wicket hauls from Zaheer Khan and Sreesanth ensured India coasted home by 123 runs to complete one of their most famous overseas wins.

#1 Series win in England after 21 years

If you look at the results of the past three India tour of England, which read 0-4 [2011], 1-3 [2014] and the most recent 1-4 last year, the magnanimity of Rahul Dravid-led sides' achievement back in 2007 where they became the first Indian team to win on the English isles since 1986, shoots through the roof.

It was a tumultuous time for Indian cricket and especially for Dravid- the captain. His team had just been knocked out in the first round of the 2007 World Cup and the jury was out as to whether he should continue to lead the team.

Amidst the gloom, the side reached England with very little expectations against an English side that had stayed unbeaten at home for six years. The visitors got lucky in the first Test at Lord's where a dubious LBW call on Sreesanth, MS Dhoni's dodged stand with the No.11 and bad light helped them escape with a draw.

The second Test at Nottingham saw Zaheer Khan wreck through the hosts batting line-up, claiming nine wickets in the match to set up a seven-wicket win for his side. India's batting flexed their muscles in the final Test, where, spearheaded by Anil Kumble's maiden ton, they racked up 664 to ensure that they could not lose the Test and took the Pataudi Trophy 1-0.