Ahead of the upcoming Women’s World T20 World Cup that will be held in Australia, all-rounder Ellyse Perry unveiled a mural that rejoiced the two most iconic ‘Perrys’ in the entire wild wide world; Ellyse and Katy Perry.

Ellyse Perry was announced as the ‘ICC Women’s Cricketer of the Year’ for the year 2019 and will be playing an integral role in the Aussie women’s defense of their title from February 21st. The finals will be played on the occasion of International Women’s Day on March 8th and that is when Katy Perry will be lightening up the premier contest of the tournament with some of her much-awaited performances both preceding and succeeding in the concluding encounter of the competition. 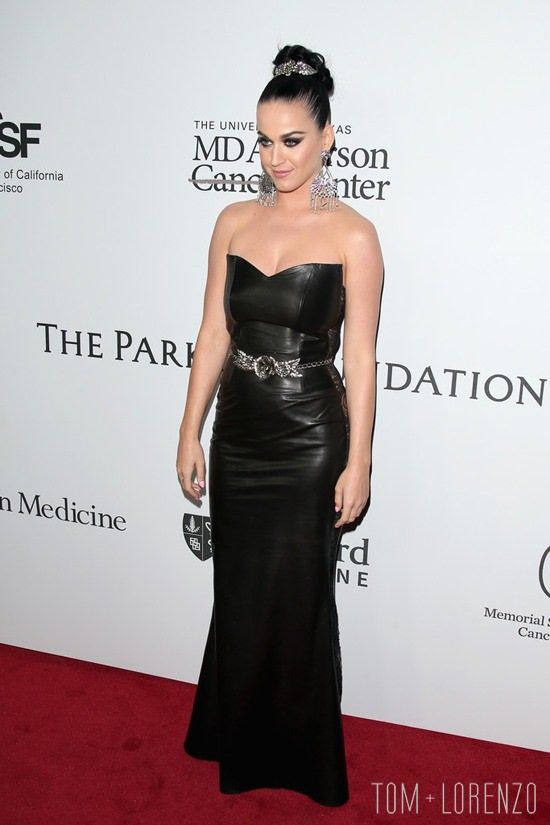 Katy Perry will be performing both before and after the finale. Image: Getty

Katy will perform two of her songs before the match on March 8th, and then will bring her own, complete band onto the stage for a one-hour long concert after the victors of the World Cup are crowned with their respective title. There’s a catch there, too. Certain fans could even attain an opportunity to rave over their luck for securing a chance to witness Katy Perry perform whilst them being on the Melbourne Cricket Ground’s turf! For that, fans who purchase tickets prior to 11:59 pm AEDT on 24th February will be eligible to enter a ballot** for one of around 5,000 exclusive places on the field in front of the stage.

Local artist Tayla Broekman painted the mural, which was then given the finishing touches by Ellyse Perry during an event. The mural also comprises of the World T20 trophy for which all of the women’s teams would be competing for once the tournament commences. Many predict that this final could possibly record the highest ever attendance for a women’s sporting fixture, even surpassing the feat set by the 90,185 people who attended the 1999 Women’s World Cup Final in California. 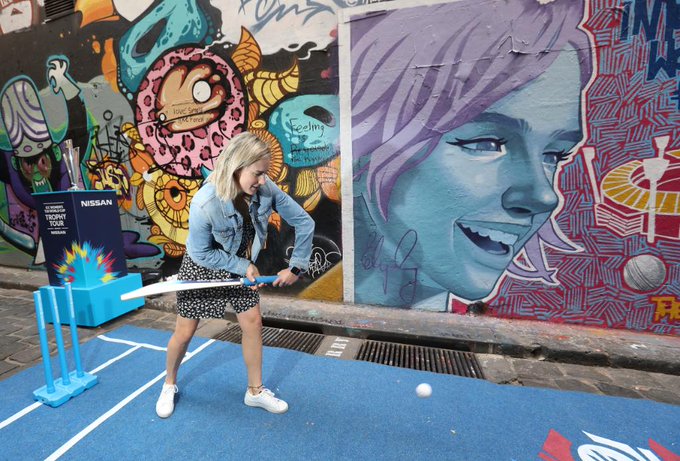 Ellyse Perry showed off her street cricket skills at the event. Image: ICC

Ellyse Perry had some words to remark on account of this incredible occasion. She said, “It’s an incredible ambition to try and fill the MCG on International Women’s Day for the T20 World Cup final. As a team, we have a long way to go, but we recognize we have a great opportunity ahead of us and we’re looking forward to getting into the event.

“Regardless of whether we’re there, it’ll be an incredible moment for women’s cricket. It’s very exciting to have someone like Katy Perry coming to play at the final and a bit surreal to be sharing a place with her on this mural. It’s a bit of fun that she shares the same name, so hopefully, I can get her in one of my Australian shirts.”

The Women’s World T20 will start with the match between the hosts Australia and the Indian team led by Harmanpreet Kaur. That fixture will be played on February 21st, in the Sydney Showground Stadium.