"Heroes! It's an old-fashioned notion."

Samuel L Jackson a.k.a Nick Fury's words resonate so much to so many stories around us. Heroes have always been more of a necessity for society rather than a fantasy! And when it comes to India, MS Dhoni has been right up there with all the greats who have inspired this great, big, and diverse nation.

Dhoni has scored 4500+ IPL runs in 13 years and displayed perhaps the most destructive performances as a finisher. MS Dhoni's IPL 2020 price was ₹15 crore (US$2.1 million) and MS Dhoni's net worth in 2020 has been estimated at around US$111 million, which indicates how important he is not only as a player but as a brand!

Some people play the game, and some change it! He's surely among the one who falls into the latter category. MSD has mostly been adored as the leader of Chennai Super Kings (CSK), just like he has been worshipped as the Indian captain. No Indian Cricket Fan can ever forget how MSD led India to the 2011 ODI World Cup victory after a lifelong duration of 27 years, 9 months & 7 days!

The former India captain on Monday played his 200th IPL match. The first one to do so. And of everyone, it just had to be him. The poster boy of the Indian cricket team after their successful triumph in the T20 World Cup 2007. A tournament that led to the inception of Indian Premier League in 2008. And the rise of Dhoni as a captain has been synchronous with the evolution of the league as a brand. So it seems fitting for IPL 2020 that we get to see the last of Dhoni in yellow and not blue.

In 10 seasons as CSK captain, MS Dhoni has lifted the trophy thrice, played the final eight times, and been part of the top four every single time. Here's a look at five of the best Dhoni moments in IPL:

CSK needed 63 runs off the last 30 balls against Kings Xi Punjab to claim the fourth and final semi-finals spot in IPL 2010. They were chasing a mammoth total of 193. Suresh Raina (46) and S Badrinath (53) had set up the game nicely for a finish. And it was provided by the captain. With Badrinath dismissed in the 17th over and 44 runs still needed to win, Dhoni stepped up to the occasion and took the game right into the last over.

Two huge sixes by MSD in the last over of Pathan took Chennai across the line, the last of which can be compared to a missile dispatched over the hills. An unreal finish was equalled by an unfamiliar celebration from the captain cool, punching himself in the jaw, like a boxer. Right at the end of the game, MS Dhoni quotes, "The kind of franchise we have got, the kind of team we have, we should have made it to the semi-finals before this game. So it was an emotional moment, at least for me."

The 2016 IPL was bound to be difficult for MS Dhoni and every single Chennai Super Kings fans. CSK were banned for two years following the spot-fixing scandal. The players from the franchise moved to the two new teams that were introduced for the next two seasons, Rising Pune Supergiants and Gujarat Lions.

MS Dhoni was bought by the first and was announced as the captain. But both he and his team suffered as RPS failed to make it to the top four and were seventh in the points table with only 10 points. But one of the best MS Dhoni achievements as an RPS came in IPL match 53.

Chasing 173 against KXIP, the Pune franchise were 86-5 and still needed 87 from the last 40. In fact, they needed 23 off the final six balls. Dhoni finished it off with three biggies and one four, even making 12 from two a reality. The finish was much required for Dhoni the batsman, given that he was under the heat, with a lot of questions being asked of him as a batsman. In terms of runs IPL 2016 has been the poorest season for MS Dhoni. But in terms of thrill and the MS Dhoni finisher aura, his 64 off 42 balls is perhaps one of his best moments in the IPL.

Finally after two years, yellow returned to the IPL mundane and so did the lion. CSK retained most of their former players for their returning season and made sure that 'Thala' was there leading his troops just like he always had. After a poor first year for Pune, Dhoni was removed from captaincy and he had given up the India captaincy as well. But when it came to Chennai, there were no questions asked whatsoever about who is going to be the captain.

And the yellow army marked their return in pure MS Dhoni signature style finish. Chennai defeated the defending champions MI in the first game and went on to lift the IPL trophy by beating the top league stage side in the final, Sunrisers Hyderabad. Dhoni scored 455 runs in the season, his second-best performance with the bat in IPL.

And both Chennai and their captain continued their good run in 2019, by being the runners-up, losing the final to Mumbai by only one run. Dhoni again scored 400+ runs in the season. CSK and Dhoni's performance showed that T20 isn't just a young man's game and that experience counts above adrenaline. One can say that back-to-back successful IPL campaigns also helped the former India skipper to keep his critics silent over his presence in the Indian Cricket Team.

'The process' as MS Dhoni quotes often, paid its results in 2010 as Chennai Super Kings lifted DLF 2010 IPL trophy despite being the semi-finalists with the least points. The Super Kings defeated Mumbai Indians in the final, successfully defending a target of 169 at the DY Patel Stadium, Mumbai. Street smart captaincy from Dhoni ensured that MI was never really in the game and he became the first Indian captain to win the IPL trophy. The franchise capitalized on a late finish in the 2010 season by dominating the 2011 season. One which had 10 teams. CSK topped the IPL points table with 19 points in the league stage and defeated Virat Kohli's Royal Challengers Bangalore by 58 runs in the IPL final. Fresh off the World Cup win, MS Dhoni maintained his Midas touch. He also scored a more than handy 392 runs with the bat. CSK continued their form in 2012 by reaching the finals only to lose by a fine margin against Kolkata Knight Riders.

The first season of the Indian Premier League took everyone by surprise. Even the organizers. One of the surprising yet soothing memories for anyone who followed that season was captain Dhoni. The CSK skipper had already established himself as a top leader with two big titles (T20 World Cup 2007, CB series 2008 (India vs Australia in Final)) within a span of fewer than six months. But it was the fact that MS outwitted/out mastered the best around the world in the fast-forward format of T20. 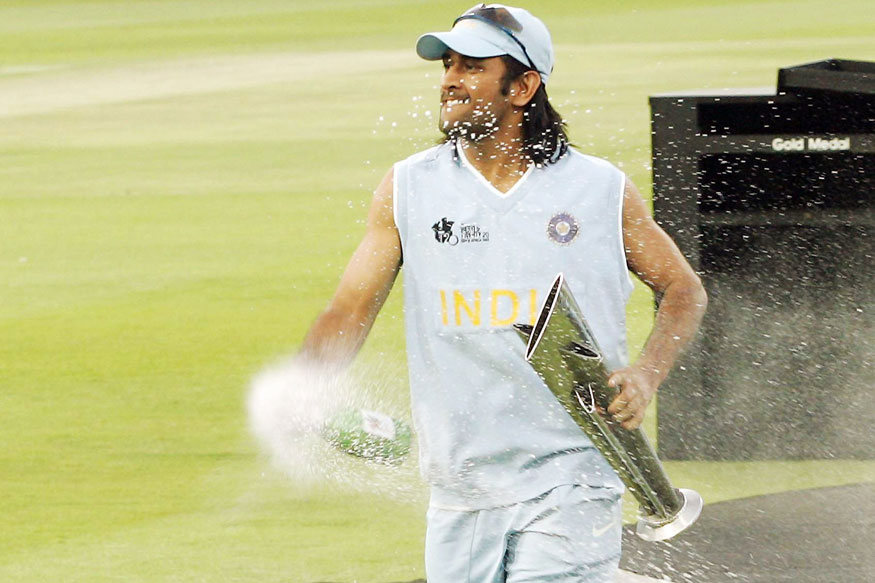 To top that he fired on all cylinders with the bat, scoring 414 runs in 16 games. A fond memory of the tournament was the final. Rajasthan Royals required just a single to win off the last ball and they did. The sight of MS Dhoni in a close hurdle along with every single CSK player and walking off with a smile after losing the final was wonderful, to say the least.

(This article has been brought to you by cricketnews.com)