The year 2019 has been brilliant so far for the cricket fans and the action never seems to stop with bilateral series happening one after the other. Cricket returns back home as Team India hosts the Proteas for three T20s and three tests.

The India - South Africa series will also be important from the point of view of the Test Championship that started recently. This means that the results of individual matches will determine positions of teams on the points table and won’t be restricted to a particular series. This makes things tight and every session of the game will be extremely intense as skipper Virat Kohli said earlier.

As far as the T20 format is concerned, India won the last time they faced the Proteas by a margin of 2-1 when they toured South Africa in 2018. The beauty about this format is its unpredictability with every single ball that can turn things around. It will be interesting to see who comes out on top with last-ball finishes definitely on the cards! 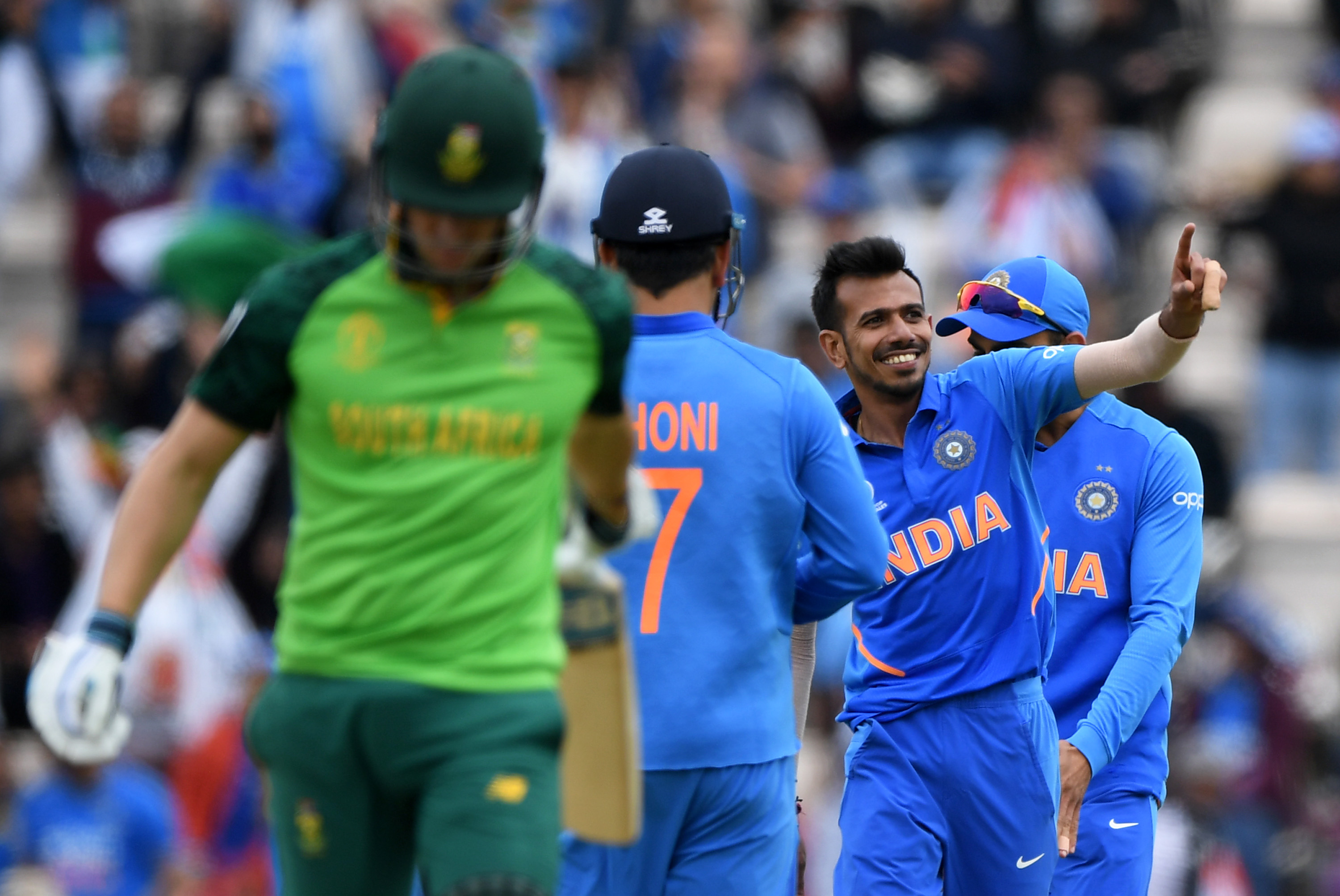 In the 36 test matches played between the two nations so far, India has won 11 of them managing to draw ten games along with it. The last time South Africa played a test match series in India, the men in blue won the series comprehensively with a margin of 3-0 in a 4-match series. Team India has a 61.5% win record against South Africa in T20 Internationals winning 8 out of the 13 games played. 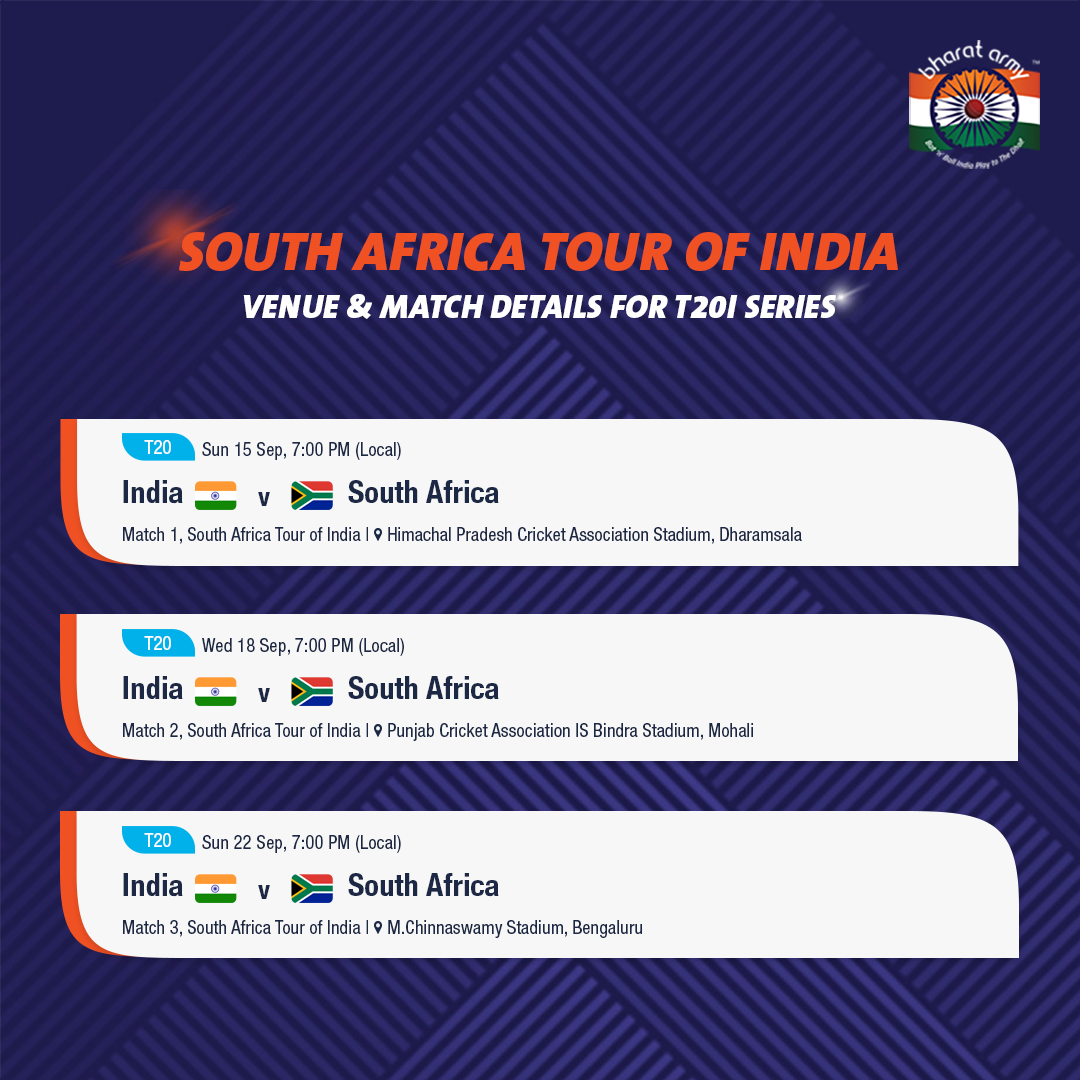 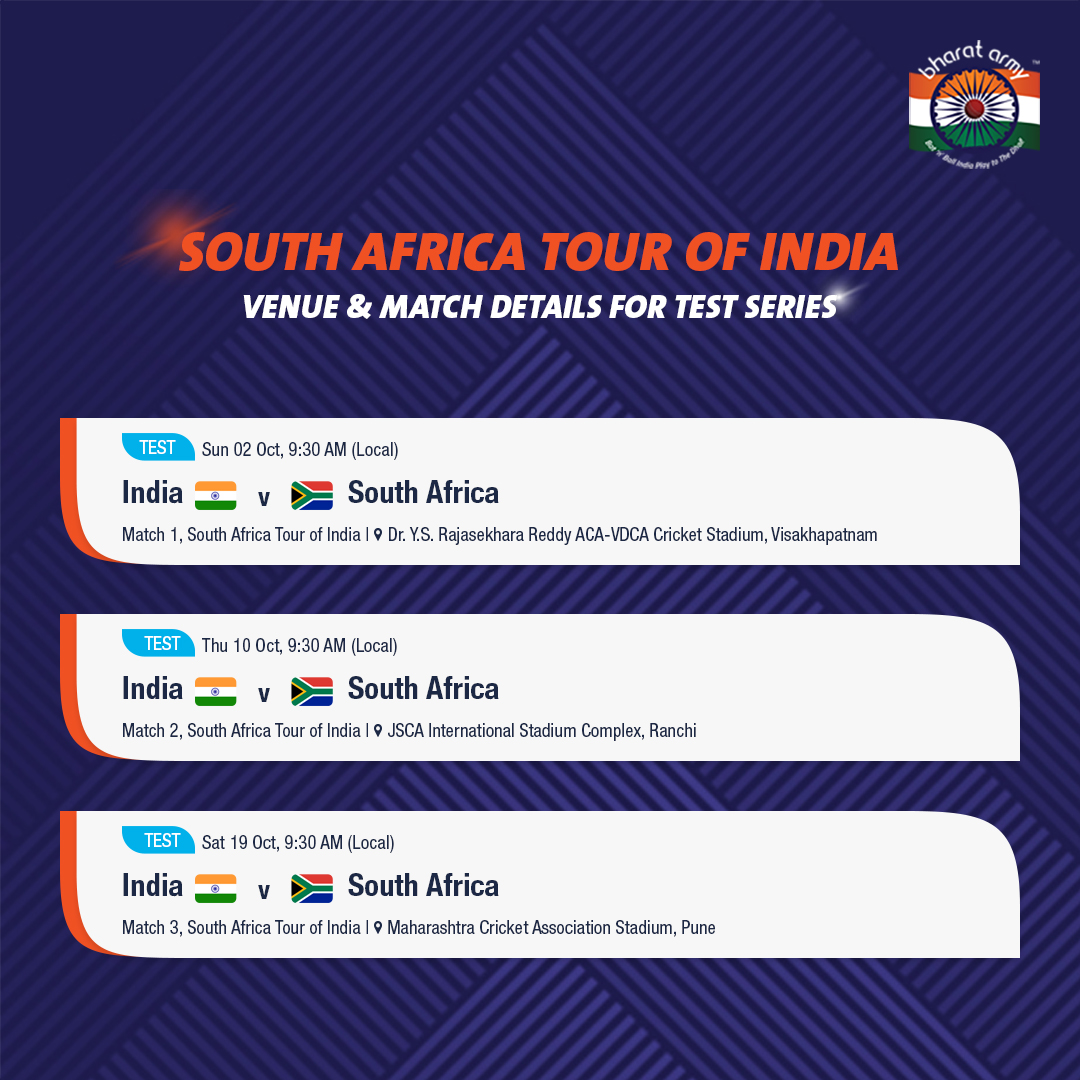 Catch all the action from the stands as two test teams compete against each other in what it will be a fascinating series to watch and experience live right inside the stadiums. Register your interest here.