So, the 'new era' as it's been called in Indian T20I cricket under the leadership duo of captain Rohit Sharma and head coach Rahul Dravid started on a dream note as the home side blanked New Zealand 3-0 in the three-match rubber last week. 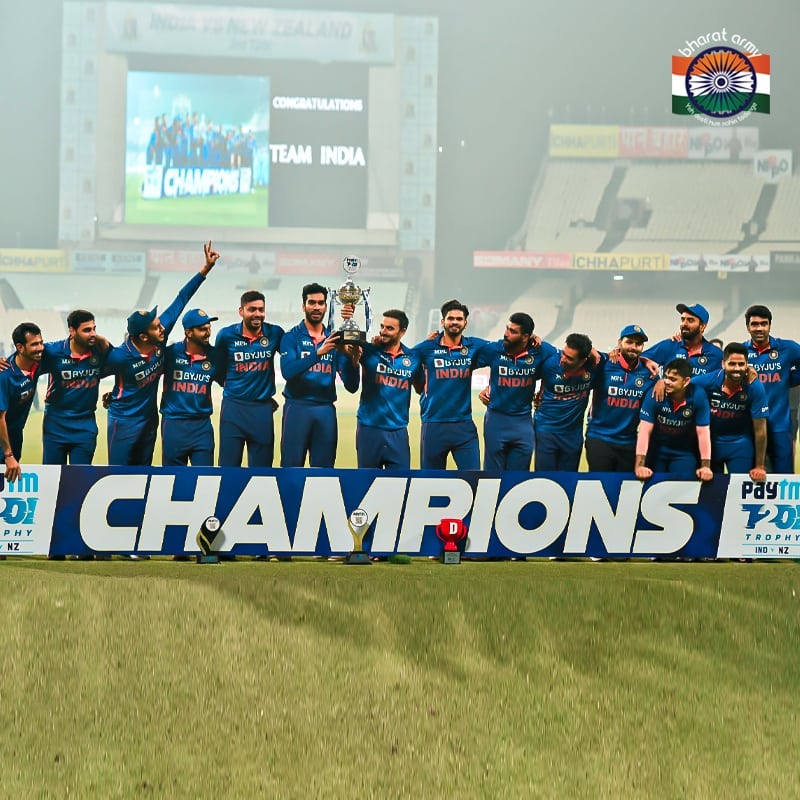 Apart from the opening game in Jaipur where the Kiwis ran India close, the last two games in Ranchi and especially Kolkata proved to be exceedingly one-sided.
Having said that, as Dravid pointed out in the post-match interview, one has to feel for the BlackCaps. Losing a World Cup final and then playing three T20Is within a span of a week across three different states of the country, was too much to ask from them.
In many ways, the series result should not come as a surprise to anyone given the fact that India have been a ruthless, dominant force in bilateral cricket in the last four years.
Since the start of 2017, India have dropped just three bilateral T20I rubbers and have scripted victories in almost every country - New Zealand, England, South Africa, Australia, West Indies and Sri Lanka.
In fact, prior to this series, India had blanked the Kiwis in their own den 5-0 (2020).
But, this series wasn't just about bagging yet another Trophy. Following the disastrous T20 World Cup, this series was an opportunity for the think-tank to try out different combinations and challenge players by putting them in difficult situations.
So, what did we really learn from the T20I series against New Zealand?
#1 Rohit Sharma- KL Rahul should open in every T20I
In the past 12 months, the Indian opening pair in T20Is has been a constant revolving door. Earlier this year, Shikhar Dhawan and KL Rahul were dropped from the playing XI against England.
Ishan Kishan and Virat Kohli were promoted to the top of the order and the move worked. In fact, Kohli had even said that he may open the innings with Rohit in the World Cup.
However, Rahul regained his touch in the IPL and rightfully regained his place at the top of the order for the World Cup. However, after the first match against Pakistan, India took a punt by promoting Ishan to the top of the order alongside KL followed by Rohit and Virat at 3 & 4 respectively.
The move backfired and the management reverted back to the tried and tested duo of Rohit and Rahul. Before Rahul got rested for the final game against New Zealand, the duo smashed 5 consecutive 50+ scores, once again vindicating why India should stick with them. 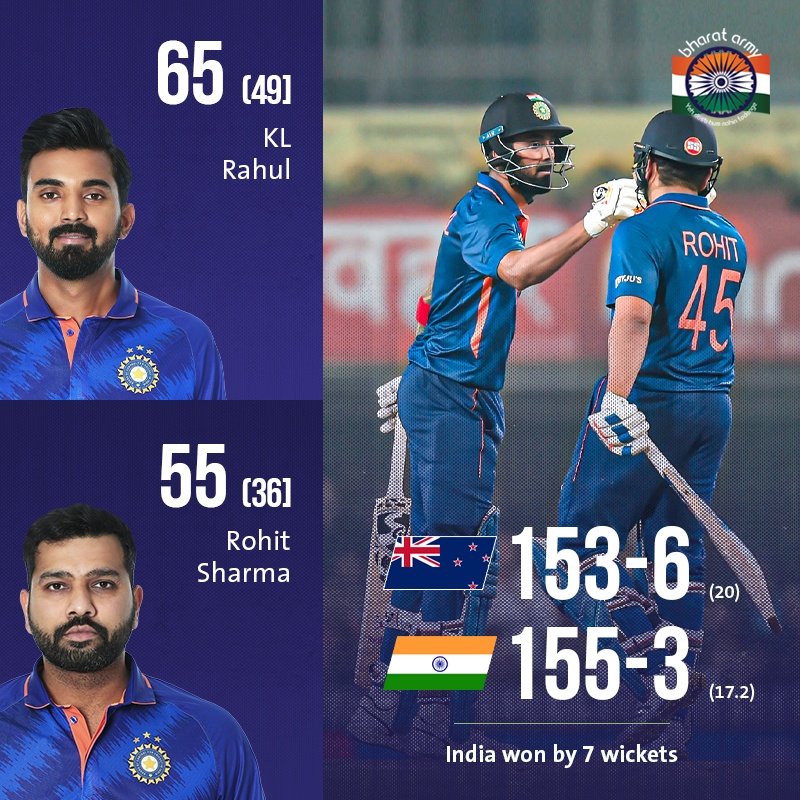 #2 Brittle middle-order with undefined roles
India's middle-order in white-ball cricket has been brittle for a long time now. One of the reasons apart from continuous chopping and changing of personnel is lack of clarity in roles.
Just look at Shreyas Iyer for example. Iyer is primarily a spin basher who generally struggles against extreme pace. So, what did India do? They batted him at No.5 and it came as no surprise that the Mumbai cricketer struggled.
Iyer has built his career in T20 cricket as a No.3 or at best No.4 batter but with the presence of Virat Kohli, Suryakumar Yadav and Rishabh Pant, it is extremely unlikely he'll get that role in this set-up.
Suryakumar Yadav batted at No.3 in the absence of Virat and while he batted exceedingly well in the first game - 62 off 40 - he'd be disappointed he couldn't back it up with performances in the last couple of games. 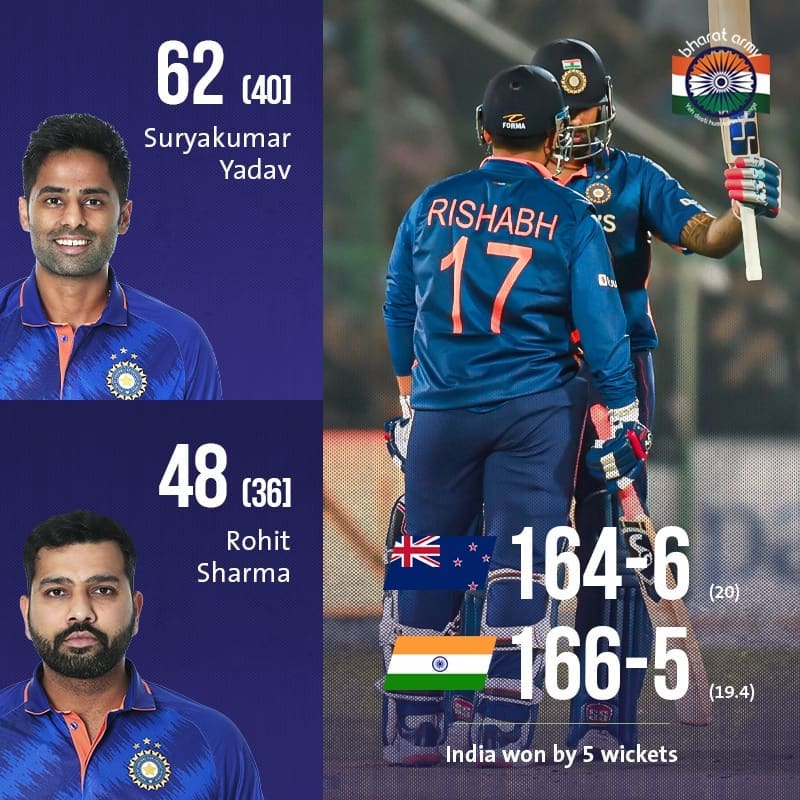 When Virat comes back, Surya will slot down to the 4th spot which brings us to Rishabh Pant.
Pant did finish off a couple of games in the series but it was quite evident that the swashbuckling batsman wasn't at his fluent best. And, to be honest, it's been the case with Pant in T20 cricket for some time now.
Even in the last couple of seasons of the IPL, Pant has looked a shadow of his former self. A batter, who used to thrive on hammering the opposition to pieces during the middle-overs, Pant has become extremely tentative and it is something that was on full show in the recent series.
#3 What about Venkatesh Iyer?
Did India miss a trick by not bowling Venkatesh Iyer in the first two T20Is? It certainly feels that way given the fact that the Men in Blue are desperate to find a seam-bowling all-rounder in the absence of Hardik Pandya.
Iyer did bowl in the last game and while it's too early to draw any conclusions, he gave a good account of himself by claiming 1/12 in three overs. With regards to his batting, the management used him in different positions. He played the role of a finisher in his debut game and smashed a boundary on the very first ball he faced in international cricket.
He batted at 3 in the second game and stayed unbeaten at 11-ball 12 when the match was virtually over thanks to a 117-run-stand between Rohit Sharma and KL Rahul. In the last game, the southpaw batted at 6 and smashed a four and a six during his 15-ball 20.
While the sample size is extremely small to make any judgment, one thing is clear, the management should use the Madhya Pradesh player in the role of a finisher besides employing his seam-bowling in the upcoming series and provide him enough opportunities to prove himself before drawing a definitive conclusion.
#4 Finger spin’s back?
Ravichandran Ashwin and Axar Patel were absolutely sensational during the three-match rubber. While Ashwin choked the New Zealand batting-unit during his middle-over with his guile and subtle variations, Axar was outstanding in the powerplay. 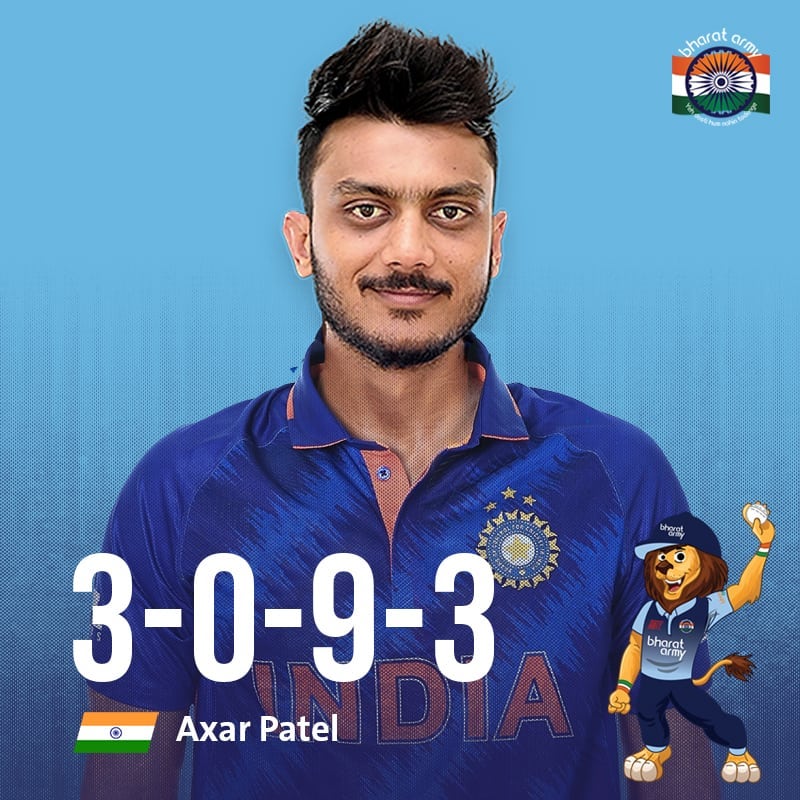 Which begs the question? Is finger spin back in the fold in T20 cricket? India rested Ashwin in the last game to give an opportunity to Yuzvendra Chahal, who returned with figures of 1/26 in four overs.
Axar Patel's performance triggered comparisons between him and Jadeja but given the fact that the latter balances the team as a finisher, it is unlikely that Patel will get a nod over the Saurashtra all-rounder when he returns.
What is certain though, is Ashwin is well and truly back in the T20I set-up, and perhaps as the leader of the spin-bowling attack. Will India go with the duo of Ashwin and Chahal in future assignments? We will wait and see.
#5 Harshal Patel puts his case forward in the most emphatic manner possible
Harshal Patel claimed wickets for fun during the IPL and it came as no surprise when he was awarded his maiden India cap.
Patel made his debut during the 2nd T20I and walked away with the Player of the Match award. He claimed 2/25 in four overs and once again it was his death bowling that caught everyone's eye. 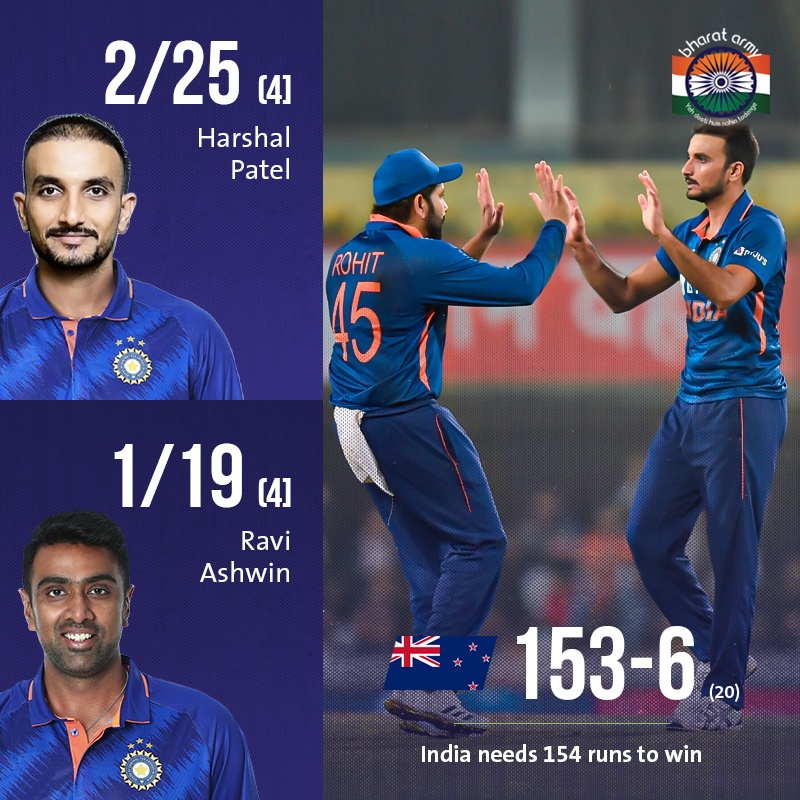 In the last game, Patel showed he is no mug with the bat as he hammered two fours and a six during his 11-ball 18. A seamer who can bowl at the death while also contributing handy runs lower down the order is an asset for any team in T20 cricket. India should look to give a long rope to Harshal in upcoming assignments.
#6 Immediate results over addressing perennial chinks?
Yes, India won the first couple of T20Is comprehensively and, yes, they did opt to bat first in the last game to test themselves.
And, yes, looking far too ahead than focusing on the job at hand can prove to be detrimental. But, while it's  important to win bilateral rubbers, they also offer a chance to plug obvious holes.
It is not hidden from anyone that the Indian team struggles in setting up a target in this format. It was on full show during the recent World Cup. In fact, India has one of the worst W/L ratios when they bat first.
India won all three tosses in this series and ideally, they should have tried to bat first each time. Yes, it may not have given immediate results but in terms of the bigger picture, it would have been a giant step towards addressing the perennial chinks that got exposed during the World Cup.