IND v SA: Can Team India roar back to form at home?

After being humiliated and white-washed in the ODI and Test series against New Zealand, Team India is back in the subcontinent with South Africa paying them a visit once again, this time for a three-match ODI series.

The Proteas were in India as recently as last September where they drew the three-match T20I series 1-1 but went on to get whitewashed in the Tests with India winning all the three matches with an innings margin.

However, South Africa is arriving in India on the back of an eventful series against Australia where they routed Australia 3-0. Heinrich Klaasen was the top scorer and Lungi Ngidi finished with the most wickets. India would have to keep an eye out for those two as Hardik Pandya, Shikhar Dhawan and Bhuvneshwar Kumar return to the side after their injury layoffs.

Points to keep an eye out for:

1. What would the opening pair be? 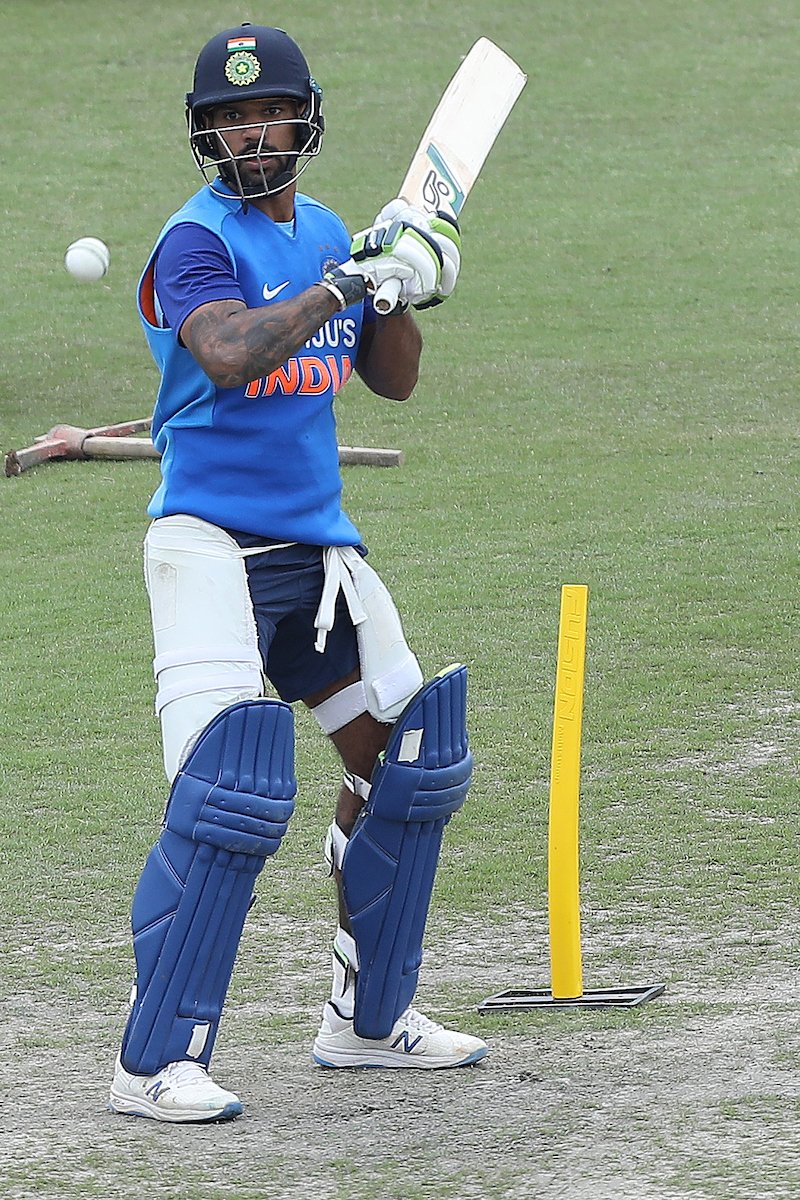 All eyes will be on Dhawan following his long layoff. Image: BCCI

Rohit Sharma has been rested for the series and therefore, he won’t be taking part in opening duties. Shikhar Dhawan is back into the mix after his long injury layoff but it is still not clear who will accompany him to the crease as the opener.

Prithvi Shaw was the first choice in New Zealand but his returns were poor and this could make the management give Shubman Gill a shot at the spot instead. Gill has been wonderful in domestic cricket lately and might have to shoulder responsibilities with Dhawan at the top of the order.

2. The pace attack in the series:

Hardik Pandya might have returned from his injury but doubts on whether he can complete his workload with the ball in One Day cricket continues. Chances are Hardik won’t be allowed to complete his quota every game in order to give him enough chances to recover fully and Bhuvneshwar Kumar might be utilized as the third seamer along with Jasprit Bumrah and Navdeep Saini.

Key players to watch out for:

Iyer was one of the few Indian batsman who managed to make a mark on the New Zealand pitches. He consistently picked up runs and registered scores of 103, 52 and 63 in the three-match ODI series. He has looked comfortable while batting at number four and has gone on to make big runs. He finished as India’s highest scorer in the series with 217 runs.

In a series where Virat Kohli failed massively, Iyer managed to shine with 217 runs. This should give him plenty of confidence to do even better now that he’ll be batting on familiar pitches at home. 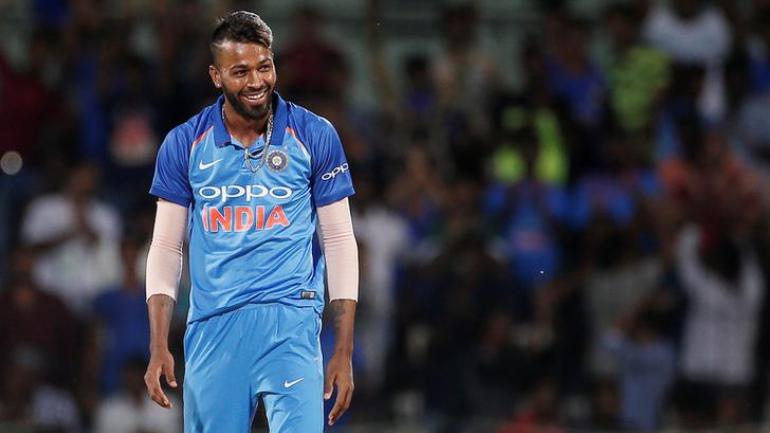 Pandya has been out for a while as well and will finally return against SA. Image: BCCI

Hardik hasn’t seen a single minute of action in international cricket since his back surgery following the series against South Africa in September. He’s coming back to the site fresh and bent on destruction. Shades of that were seen in the DY Patil T20 tournament in Mumbai when Hardik scored an unbeatable 158 off just 55 deliveries.

He has been in good touch since coming back and would be raring to find the rhythm and get back into the side with some solid performances against South Africa.

Shikhar Dhawan has recovered from the shoulder injury that ruled him out of the tour of New Zealand. He has had a decent start to the year – amassing 274 runs across four innings in T20s and ODIs.

Dhawan’s record suggests he enjoys a great time batting against South African bowlers: he has scored 798 runs in 18 matches at an average of 49.87.

Interesting stats to look forward to in the series:

1. Across six ODI matches in 2020, Jasprit Bumrah has picked up just one single wicket- that of Adam Zampa. The pacer has been on a poor run of form and would like to turn things around against South Africa.

3. Since the start of 2017, India has won seven of the eight ODI matches they have played against the Proteas. 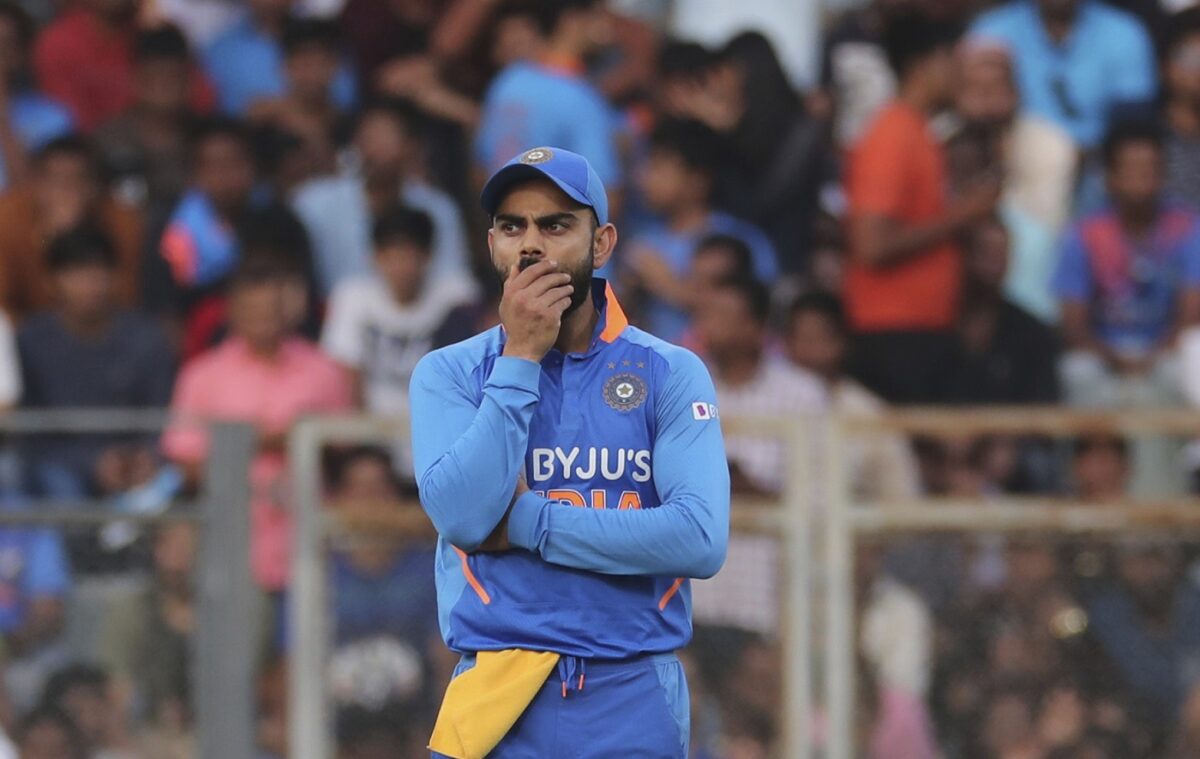 Kohli will be eager to get back to his dominant best against SA. Image: AFP

4. Kohli is without a century in 22 consecutive innings since scoring the ton in the day-night Test against Bangladesh in November. Kohli has managed so many innings without a century (25 in 2014 and 24 in 2011) only twice in his career before. Furthermore, he has also failed to reach 20 runs in his last six international innings- his joint-longest streak of sub-20 scores for India.