There were heartbreaks, close-finishes, intense moments, youthful exuberance and off-course some pulsating hitting from the best in the business. 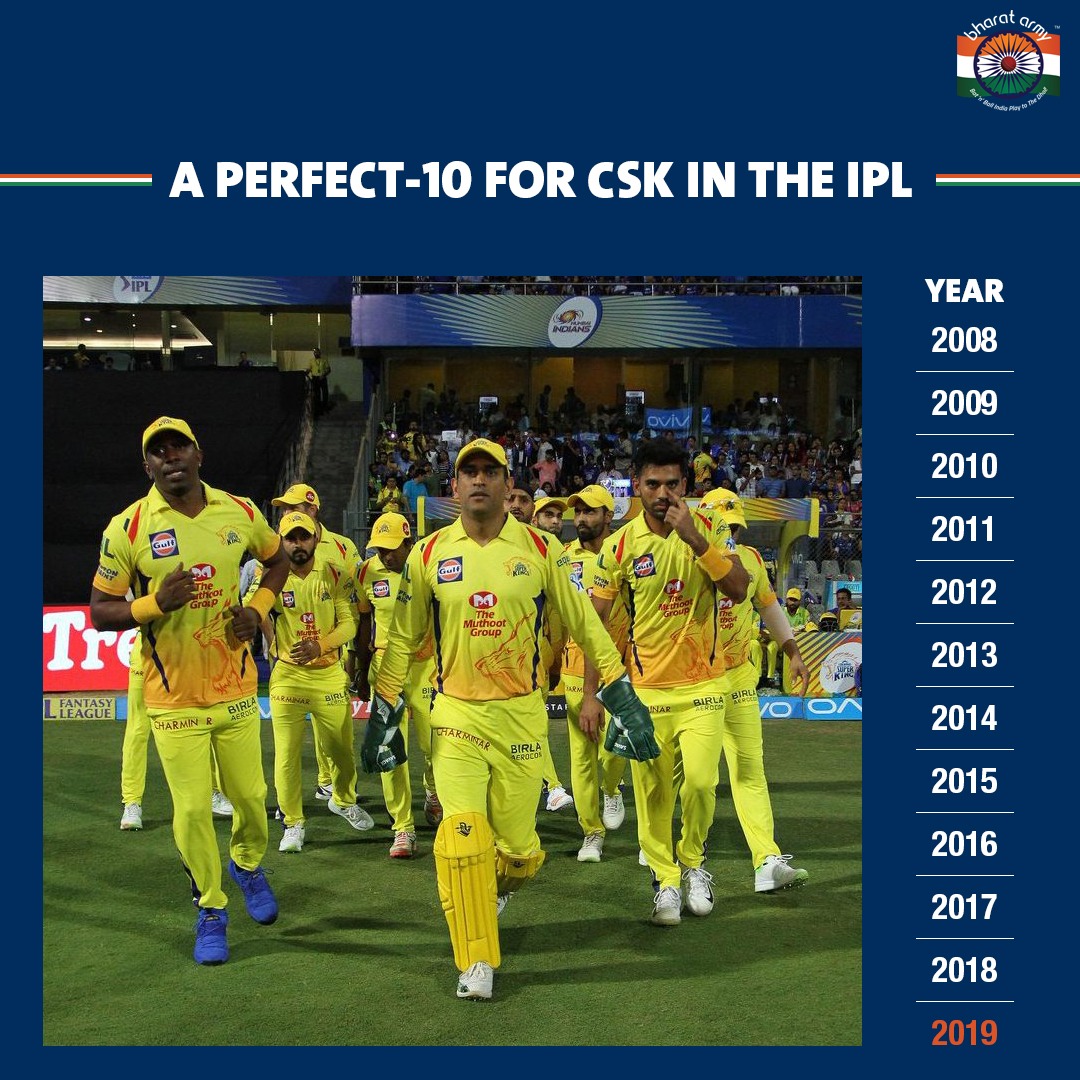 Missed any action? Don't worry. This article covers everything that happened during the fifth week of the 2019 season.

CSK and DC have already qualified for the Playoffs, Mumbai requires a solitary win to confirm their spot while the jostle is well and truly on between KXIP, SRH, RR and Kolkata Knight Riders' for the coveted fourth spot.

Here are the five talking points from the 5th week of the IPL:-

Being a Delhi fan has not been easy for those who have been supporting the franchise since the inception of the IPL. Insipid team selections, Hara-kiri at the auctions and lack of consistency has paved the way for Delhi in the past few years and their performances have reflected that on the ground.

Last year though, Delhi made an investment into the future. They built their core around the future Indian players in Prithwi Shaw, Shreyas Iyer, and Rishabh Pant, and with the likes of established players like Shikhar Dhawan and Kagiso Rabada putting up consistent performances, this season has come along really well for the Capitals'.

Coming into this week, Delhi needed a strong performance to seal their spot in the playoffs for the first time since 2012, and they did that with aplomb by registering comfortable victories over Rajasthan Royals [by 6 wickets] and Kohli's RCB [by 16 runs].

India Test wicket-keeper, Rishabh Pant was at the heart of the Capitals' victory against the Rajasthan Royals. The swashbuckling left-hander swatted, scooped, pulled and reverse-swept his way to an astonishing 36-ball 76; an innings which included fours sixes and eight boundaries, to help his side chase down 6-191. 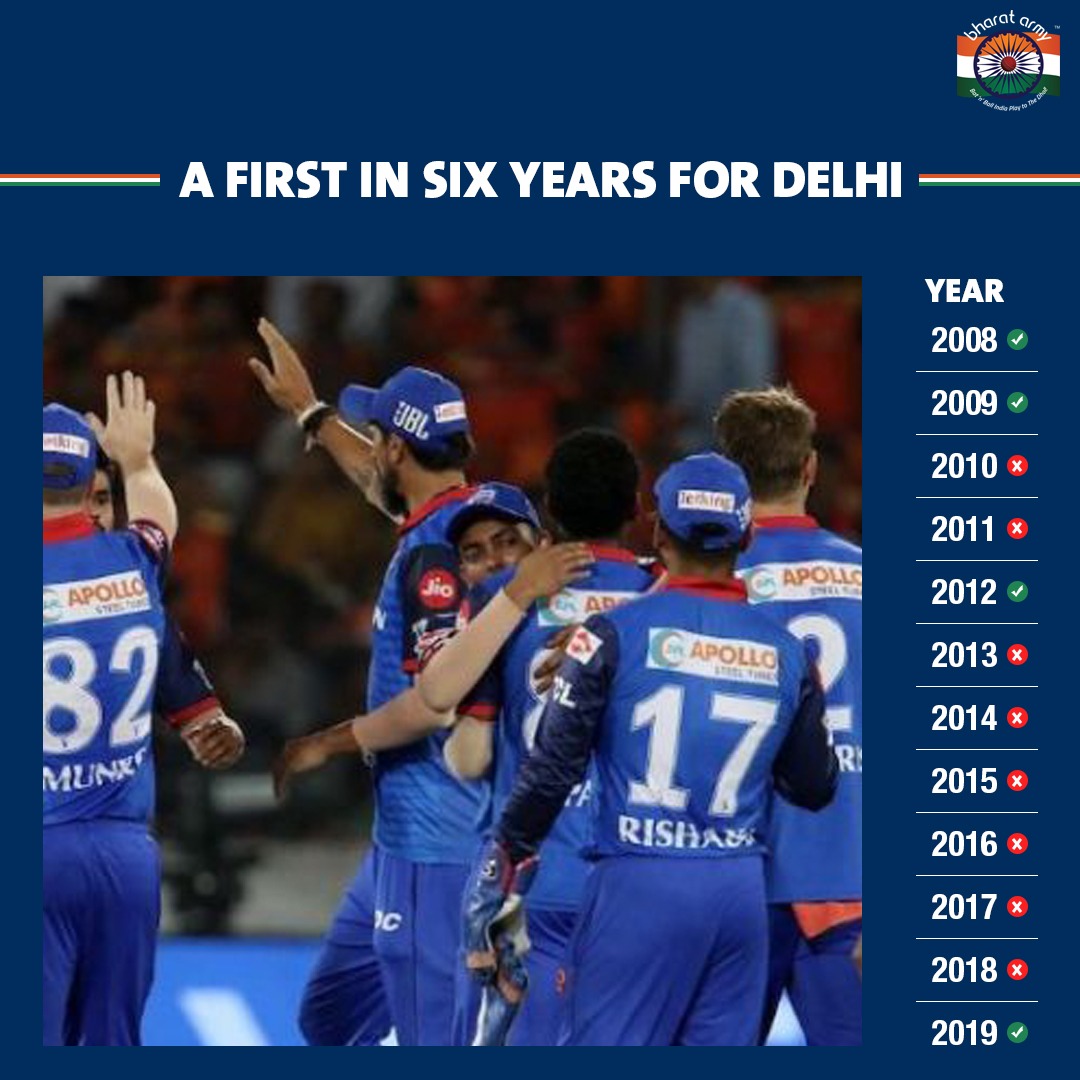 While it was Rishabh Pant's whirlwind knock that sealed it for DC against the Royals, the victory to confirm the playoffs spot came via a thorough-round performance. Shikhar Dhawan crossed the 400-run mark for the season [ his fourth in a row since 2016] during his knock of 50 [37] while Shreyas Iyer played yet another solid knock of 57 before debutant Sherfane Rutherford's 13-ball 28, provided a late impetus to the innings.

Kagiso Rabada [2-31] and Amit Mishra [2-29] led the way with the ball to restrict the Royal Challengers to 7-171 and officially claimed their way to the playoffs- for the first time since 2012.

#4 Too little too late for the Royal Challengers Bangalore; Kings XI Punjab in need for a revival

Such is the nature of the format of the Indian Premier League that once you struggle badly in the first half of the tournament, the second half essentially turns out to be a time where a side is playing catch-up cricket while also hoping for some favorable results in matches that do not involve them.

Who knows it better than Virat and the Royal Challengers Bangalore? After losing six matches in a row at the start of the tournament, it was always going to be a bumpy road for the Challengers' to the Playoffs. But the Men in Red made a decent fist of it by winning four of their last five games before crashing out of the tournament against the Delhi Capitals'.

Last week, after getting the better of CSK in a last-ball humdinger, RCB put on a great show against the Kings XI Punjab. Batting first, Parthiv Patel [43 off 24 balls] gave a great start to their innings before AB de Villiers brilliance [82 off 44 balls] and Marcus Stoinis' [46 off 34 balls] last over blitz over Hardus Viljoen saw them score 4-202 after 20 overs.

KXIP's top-order made a great start to the run-chase with KL Rahul [42], Chris Gayle [23], Mayank Agarwal [35], Miller [24] and Nicolas Pooran [46] getting off to start. But their inability to cash in on the start like de Villiers did for the RCB, meant KXIP fell short by 17 runs.

With five wins in six matches for KXIP, four teams- KXIP, Sunrisers, Kolkata Knight Riders and Rajasthan Royals- are now locked at ten points each and with Mumbai requiring a solitary win to qualify, it will boil down to the four aforementioned teams' to jostle for the No.4 spot.

It's safe to say that both Sunrisers and Rajasthan Royals had contrasting fortunes in the past week of the IPL. The Orange Army faltered with two back-to-back defeats against Rajasthan Royals and Chennai Super Kings, putting the spotlight back on their fledgling middle-order and death bowling.

It was a deja vu of sorts for the Sunrisers as well as the fans against the Chennai Super Kings as Shane Watson did what won Chennai the IPL last year. Like last year, Watson, who was going through a rough patch before the game, played out a maiden over off Bhuvi before laying into the rest of the Hyderabad bowlers. He may have missed out on a century, but his 53-ball 96; an innings which included six 6s and nine fours, was enough to get CSK over the line and hand SRH another defeat.

One of the few bright spots for SRH this week was the return of the form of Manish Pandey. The promotion to the top of the order seemed to have freed Pandey's mind as the right-hander has smoked back-to-back whirlwind half-centuries [83 vs CSK & 61 vs RR]. Pandey's form will be very crucial for SRH considering the absence of Warner and Bairstow and the lackluster form of their middle-order which paved the way for another defeat this week against the Royals'.

​#2 CSK minus Dhoni are struggling; Riyan Parag leads the way for RR in an enthralling last week

CSK's 46-run defeat to arch-rivals Mumbai Indians- their second successive win over the defending champions this season- was another reminder how much the Men in Yellow are dependent on Thala- MS Dhoni, both with the bat as well as on the field.

While Raina's tactics were questionable with the ball, it was the batting where CSK missed MSD the most. The likes of Raina, Jadhav, and Rayudu have had a forgettable thus far and barring Vijay [38] could post any resistance to Mumbai's bowling. They might have qualified for the playoffs but the overreliance on one man could hurt them in the business end of the tournament.

​While CSK missed MS Dhoni against the Mumbai Indians, the Rajasthan Royals found new heroes in every game. While former skipper Ajinkya Rahane gave his critics a befitting reply with 63-ball 105 against the Delhi Capitals, 18-year-old Riyan Parag made his presence felt in the IPL as the youngster smoked a crucial 31-ball 47; an innings that included five fours and two sixes to help his side win a crucial game against the Knight Riders' by three wickets.

Jaydev Unadkat has been receiving a lot of flak for his performances but the left-arm fast bowler finally turned up against SRH. Unadkat claimed 2-26 in his four overs to help RR restrict the Orange Army to 8-160; a target that was chased down easily thanks to solid contributions from the top-order in Rahane [39], Livingstone [44] and spearheaded by Sanju Samson's 32-ball 48.

Kolkata Knight Riders' six-match losing streak that prompted Andre Russell to wench his frustrations about the decision making of the team management in the press-conference, finally came to a halt in their must-win encounter against the Mumbai Indians.

It took a six-match losing streak for KKR to finally get their batting order right and it paid dividends right away. Shubman Gill was imperious at the top. The right-hander played some dazzling shots; his flicks, cover-drives, lofted shots off the spinners were reminiscent of a certain Virat Kohli. Lynn too played a whirlwind knock of 54 off 29 balls but it was the combination of Andre Russell and Gill that stole the show from MI.

Russell is in outstanding form this season and his exploits at the No.3 spot only highlight what KKR had been missing so far. The Caribbean all-rounder was at it again as he [80 off 40 balls] and Gill [76 off 45 balls] took apart the Mumbai Indians bowling, to help their side register 2-232 after 20 overs- the highest total in this years IPL. Russell smoked eight sixes during his innings to become only the second cricketer after Chris Gayle to hit 50 IPL sixes in a season.

But the game was not done yet as Hardik Pandya reminded us that he might not have the muscle like Russell but when it comes to six-hitting, he's second to none. Pandya has been in some form this season. In fact, ever since he has come back from his suspension, Pandya looks driven.

On Sunday, we saw Pandya's hitting abilities at its very best. He clobbered, pulled, helicoptered, drove inside-out, scooped before taking the spinners downtown in an astonishing assault of 31-ball 91. His first 50 runs came in just 17 balls, making it the fastest IPL half-century this year. Pandya also became only the second Indian to complete a double of 2000 runs and 100 T20 wickets after Ravindra Jadeja.