So, finally, here it is! After 59 games of intense action across two separate legs, the champion of the 14th season of the Indian Premier League (IPL) will finally be crowned on Friday when MS Dhoni's Chennai Super Kings (CSK) locks horns with the Eoin Morgan-led Kolkata Knight Riders in Dubai.
This will be the first instance in the history of the IPL that two 50-over World Cup-winning skippers will face off for the bragging rights in the biggest T20 competition in the world. 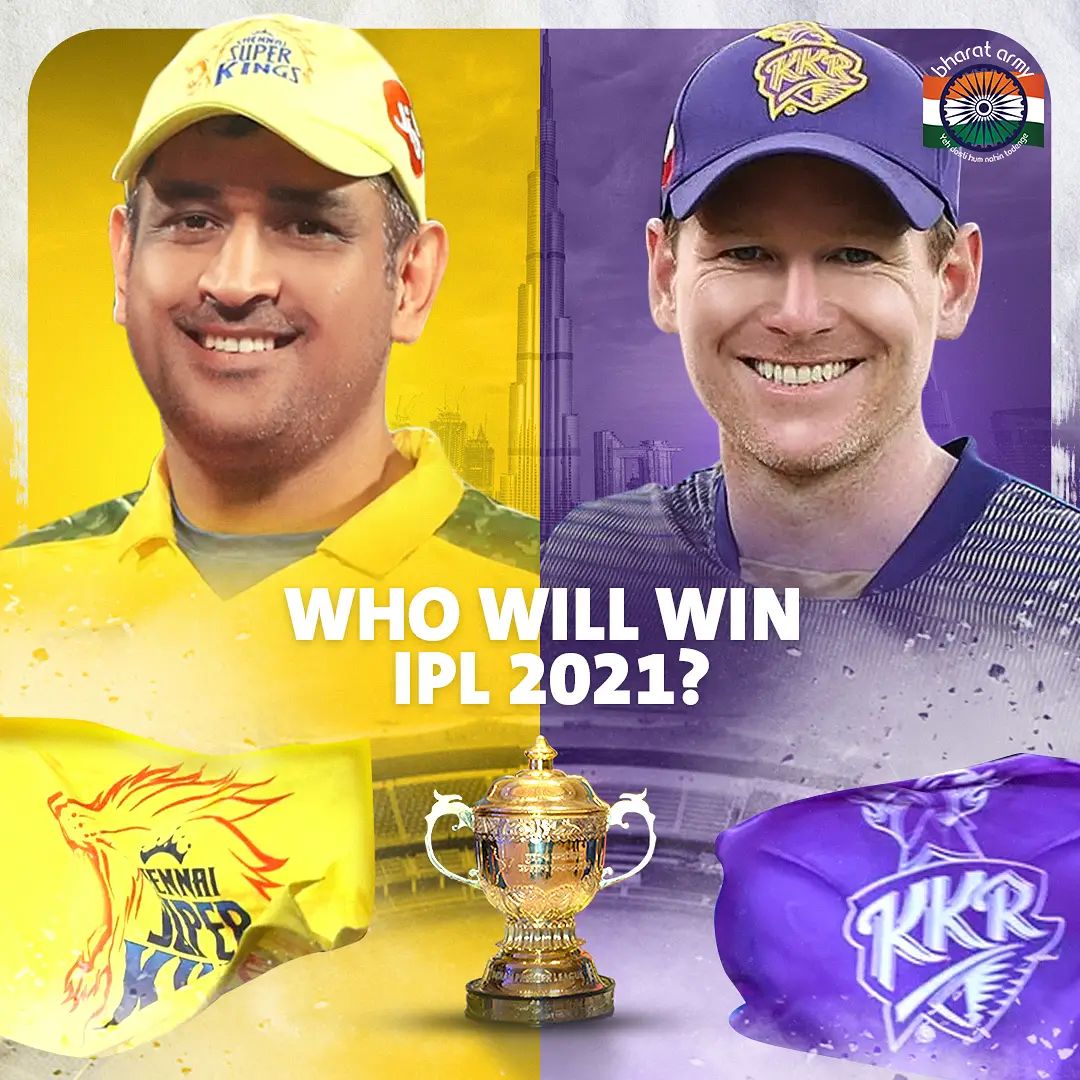 Both sides couldn't have had a more contrasting campaign en-route to the final. CSK-barring a blip at the backend of the league stage- dominated the proceedings to become the first side to qualify for the playoffs.
The opening pair of Ruturaj Gaikwad and Faf du Plessis have been the bedrock of CSK's batting unit for large parts of the 14th season and one feels they will once again be the key in the final given their ability to maneuver spinners brilliantly.
What CSK will be pleased about following their win in the first Qualifier against Delhi is the fact that Robin Uthappa showed signs of his vintage self while MS Dhoni rolled back the years with a classic finish. 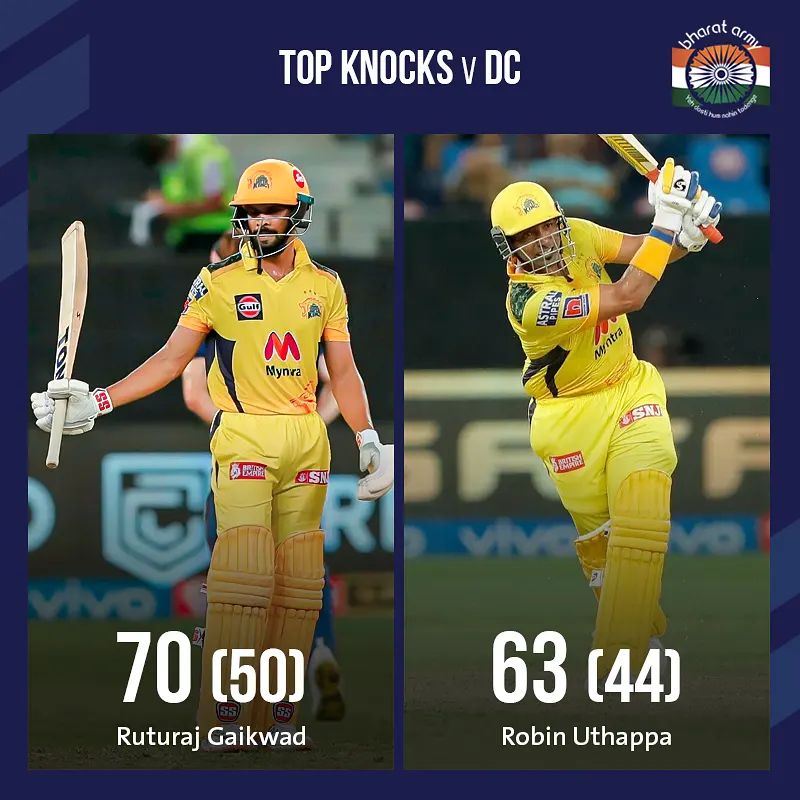 Kolkata Knight Riders, on the other hand, have scripted one of the great IPL comebacks in the second leg. The Eoin Morgan-led unit were 7th in the points table with just two wins in their first seven games during the Indian leg.
However, the two-time champions turned their campaign around in the second half by winning 5 out of their last seven league games to pip the Mumbai Indians on NRR and qualify for the playoffs.
The reason behind KKR's turnaround has been their top-3 Indian batters- Venkatesh Iyer, Shubman Gill and Rahul Tripathi- and spin trio of Varun Chakravarthy, Sunil Narine and Shakib Al Hasan.
The fact that both the Eliminator and Qualifier 02 were played on slow burners of Sharjah played perfectly into KKR's hands but with the final set to take place on a batting-friendly Dubai track, their misfiring middle-order can prove to be their undoing, especially if it turns out to be a high-scoring fixture. 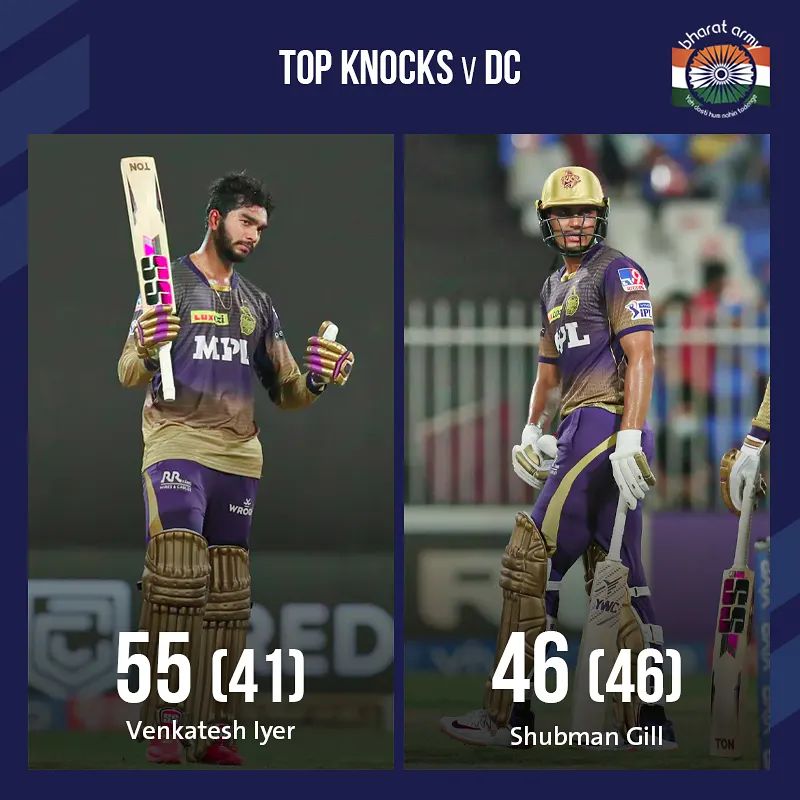 Both sides have met twice this season with CSK getting the better of their counterparts on both occasions.
Will the MS Dhoni-led unit make it three in a row on Friday night to lift their fourth IPL title or will KKR do an encore of 2012 to claim their third title?
Where: Dubai International Stadium
When: Friday, October 15, 2021, 07:30 PM IST
Pitch & Weather conditions:
The pitch in Dubai has proved to be a good one to bat on as compared to other tracks. With the final set to be played on a fresh strip, one can expect a high-scoring game.
As far as the weather is concerned, it is expected to be yet another hot and humid day in Dubai. The temperatures are set to hover between 27-35 with humidity being 54%.
Probable Playing XI:
Chennai Super Kings:
Faf du Plessis, Ruturaj Gaikwad, Robin Uthappa, Moeen Ali, Ambati Rayudu, MS Dhoni (C&WK), Ravindra Jadeja, Dwayne Bravo, Shardul Thakur, Deepak Chahar, Josh Hazlewood
Kolkata Knight Riders:
Venkatesh Iyer, Shubman Gill, Rahul Tripathi, Nitish Rana, Eoin Morgan ©, Dinesh Karthik (WK), Shakib Al Hasan/Andre Russell, Sunil Narine, Lockie Ferguson, Shivam Mavi, Varun Chakravarthy
Stats & Facts:
Both sides have locked horns in 27 IPL games with CSK leading the ledger 17-9.
At Dubai, the ledger is CSK-1, KKR-0
CSK and KKR previously squared off in the 2012 final where the latter came out trumps.
Sunil Narine (19) is the leading wicket-taker in CSK-KKR fixtures while MS Dhoni (500) is the second-highest run-getter.