The ICC World Cup 2019 was a spectacular event in England and yet, despite being so far away from India, it felt like home for the Indian side given how the number of people that were present in the stands cheering for the Men in Blue.

The 2019 World Cup, also the 20th anniversary of Bharat Army which was born out of the love for the sport and the need to provide Indian fans with a proper structure and platform of experience turned out to be a defining event.

Bharat Army’s venture Bharat Army Travel experience provided a unique opportunity for Indian fans to visit and tour England whilst enjoying the game from the best seats in the house and with an excellent group of like-minded supporters. Though the Indian team failed to make it to the final and were knocked out cruelly by New Zealand in a rain-inflicted encounter, several people who were a part of the Bharat Army Travel experience had nothing but warm words to say when recollecting the entire tour.

Among those groups of 11,000 people who were a part of the Bharat Army during the ICC World Cup was Joshua Singh from India. It was Joshua’s first time touring with Bharat Army travel and we managed to catch up with him about the entire experience and how it felt.

Joshua could catch only one game in the tournament – when India took on West Indies at the Old Trafford in Manchester.

‘Professional’, is how Joshua describes the experience with Bharat Army Travel. “The entire experience felt like I wasn’t traveling with strangers or meeting someone for the first time, you know. It felt really nice and comfortable, like being part of a fan group. The entire travel experience was amazing including the food they served us and the points of interest we visited in Manchester.”

When asked about the difference in watching a game of cricket with Bharat Army from the stands compared to usual, Joshua elaborated on how it was a unique experience and had not been a part of anything like that before.

“It’s entirely different, you know. When you watch a match alone, you’re just focussing mostly on the game. With the Bharat Army, it felt like even other than the game, there was so much to look forward to. There were so many people, you felt like a group and you could just talk to and analyze the game. There was the party after the game. It was a very wholesome and unique experience,” spoke Joshua. 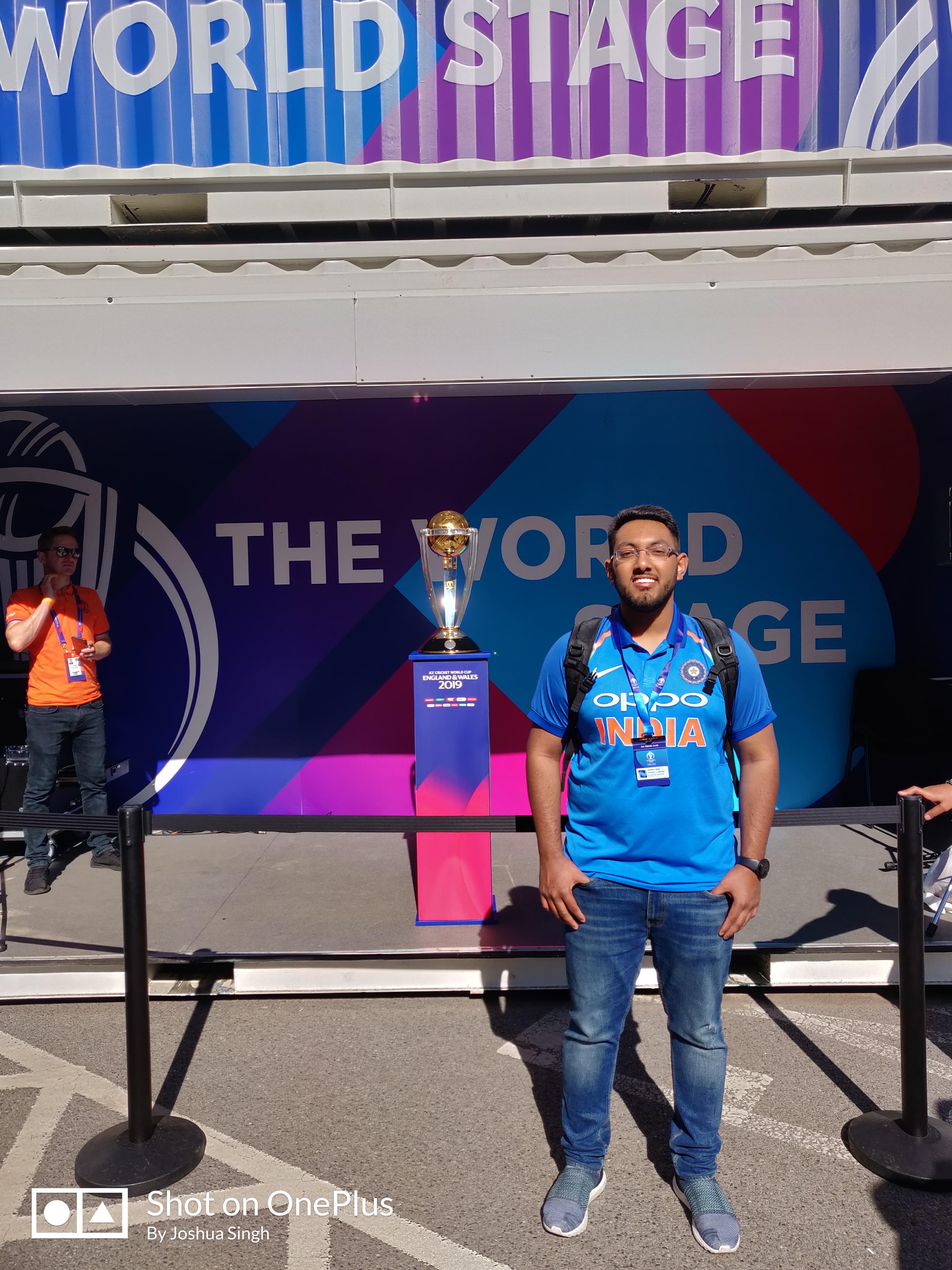 “I think we’re definitely a strong contender, our chances seem really good,” he was confident of India’s showing at the T20 World Cup in Australia in October-November. “Even though it’s T20, where odds are unpredictable, I think we are good in the T20 format and can do really well.”

Unfortunately, Joshua would not be able to make it to Australia this year because of other commitments. However, he clarified that he was looking forward to being a part of Bharat Army Travel once again in the near future.

“Next year, I might take up the travel experience for the IPL. It’s amazing the number of matches Bharat Army features on its calendar, both Indian and IPL matches. Next year, I’m definitely looking forward to it.”