Indian cricket team’s global supporting group, The Bharat Army, is now a well-known cricket fan base. Wherever the Indian team plays, the supporters are right there in the stands to back their heroes.

A cricket-crazy fan group, which was formed after the Cricket World Cup 1999, has been looking to broaden their base with the interesting tour packages they offer to rope in more fans during the Indian team’s various tournaments across the globe.

Bharat Army marked its 20th anniversary during last year’s Cricket World Cup, which was played in England. They cheered for Virat Kohli and Co in massive numbers in every match they played during the ICC tournament. Bharat Army moved across the United Kingdom with close to 11,000 fans from 23 different nations.

Among the fans who traveled with Bharat Army during the World Cup in 2019, some only visited the UK for the grand finale that was played at the Mecca of Cricket, Lord’s Cricket Ground on July 14. One of them was Aanando, who has shared the terrific experience he had with India’s global fan group in England. 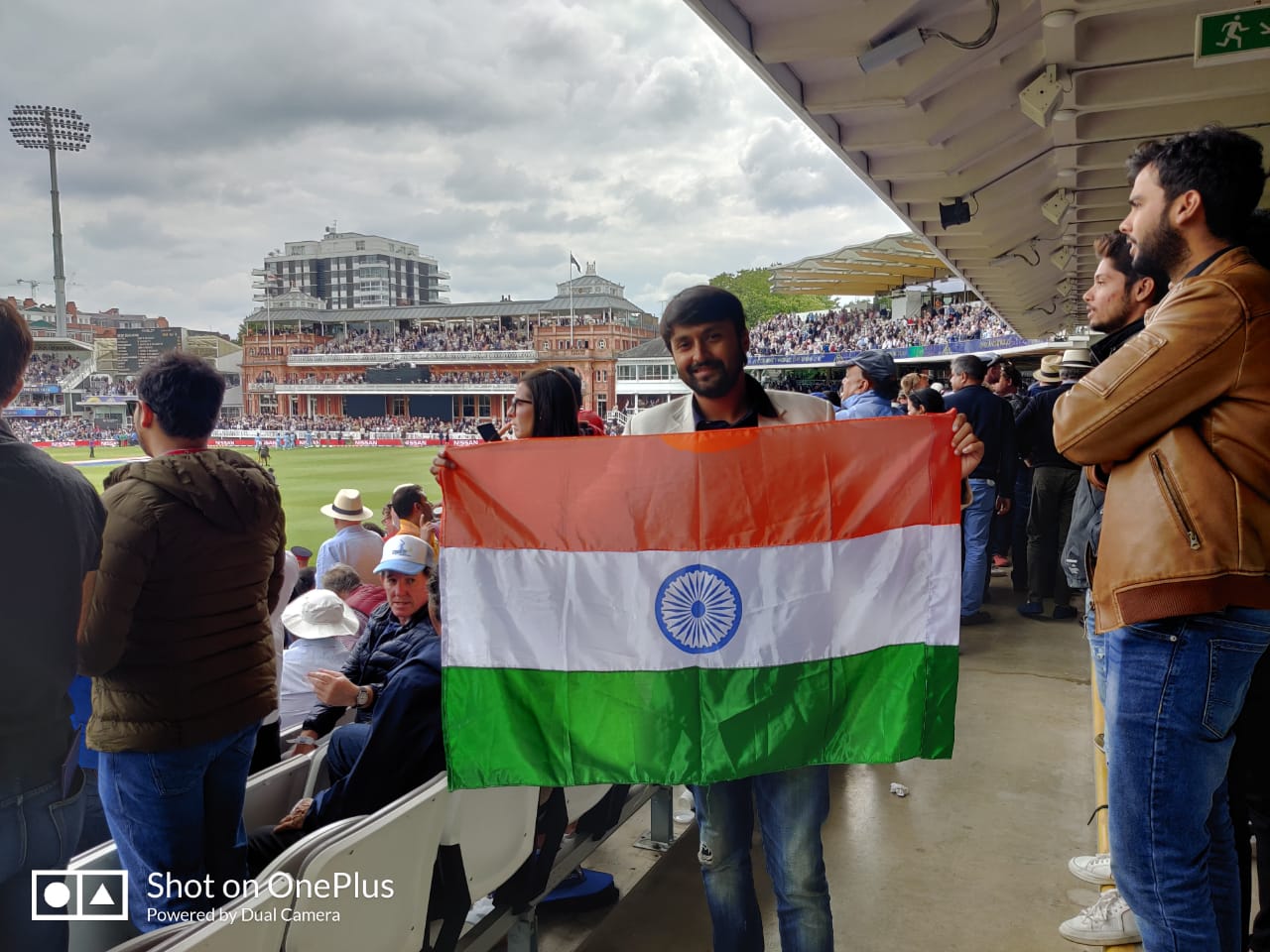 “Our experience was great. We were nicely treated at our hotel. The breakfast they provided was great too. We even played a cricket match at the Lord’s. On the eve of the World Cup final, we even partied with the Bharat Army members. It was great fun. It was a fantastic and memorable experience that day.

On being asked how the Bharat Army stands out when compared to other tour operators, Aanando replied,” See, it was my first experience watching a cricket match overseas. I can say for sure that the experience was very satisfying and in the future, I’m going to always choose the Bharat Army for such trips. I wouldn’t opt for any other agency. I’m happy with the Bharat Army.”

Even though India did not make it to the final, Aanando said he could not have asked for a better final game to watch live from the stands. When asked about his most memorable experience during the trip, Aanando instantly mentioned the Super Overs that took place in the World Cup.

“A World Cup final ended in a draw and then the Super Over also ended in a draw – the match was probably one of the greatest cricket matches to be played. We would have been happier had India made it to the final but then I couldn’t have asked anything better than what actually happened in the final. I was lucky to watch it live,” Aanando added. 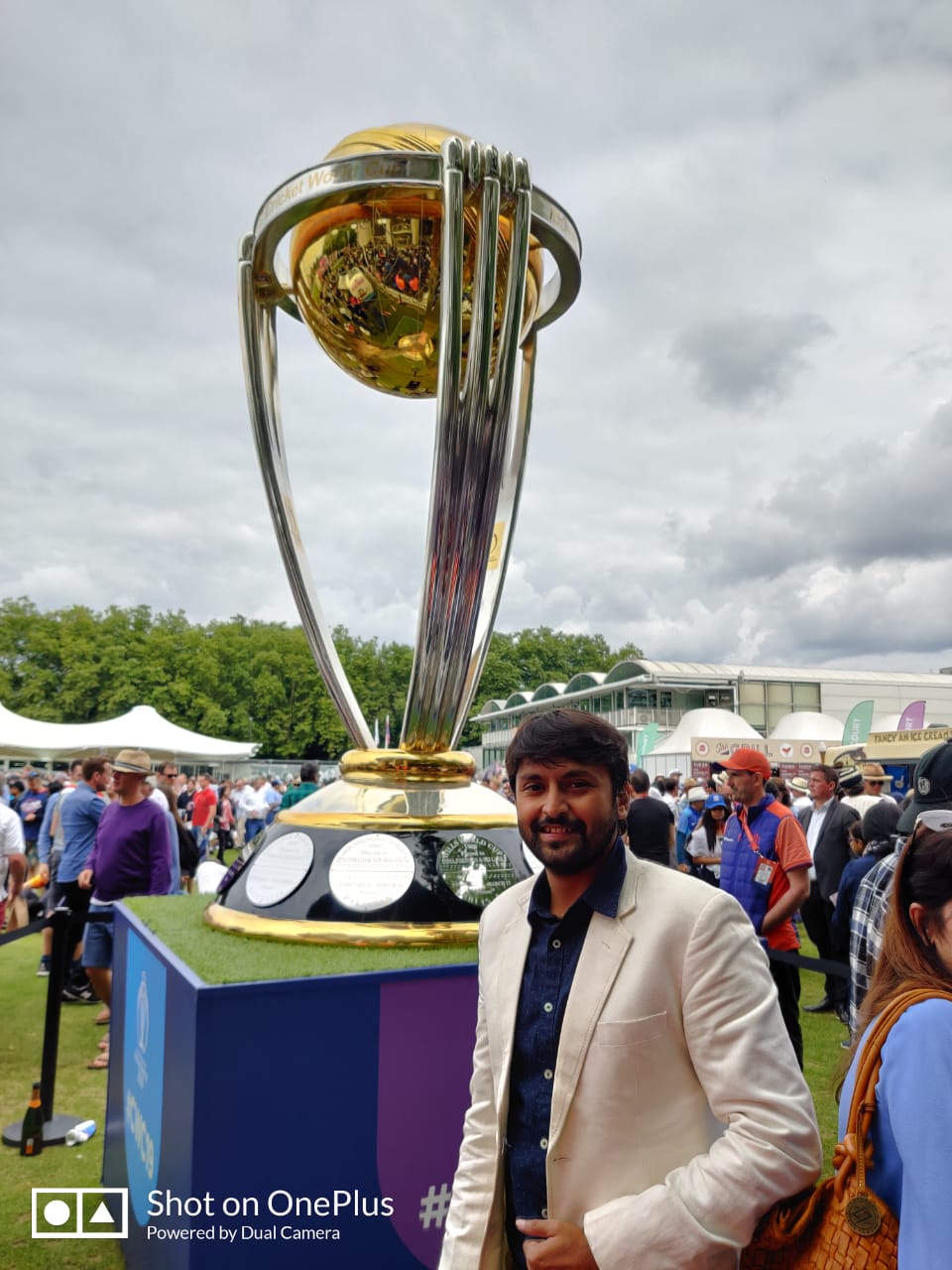 The Indian cricket team fan also believes that both men and women’s teams will reach the semi-final of the upcoming T20 women and men’s World Cup. The women’s World Cup is set to begin next month, while the men’s tournament is scheduled to be played from October 18 to November 15.

Like many Indian fans, even Aanando hopes to watch MS Dhoni back in the Indian team for the T20 World Cup. He expects the team management to shuffle Shikhar Dhawan, Rohit Sharma, and KL Rahul well in the opening spot, while Kohli will seal his No. 3 place.

Even before we could ask if he would be attending the upcoming T20 World Cup in Australia later this year, an excited Aanando mentioned that he is planning to watch the final in Melbourne and if he does, he would surely go through the Bharat Army for the same.