After a disappointing semi-final exit in the World Cup in England, the Indian cricket team had no qualms getting back to business and established their clear dominance over an ever-faltering West Indies side with resounding wins in both tests.

India pulled off a historic 318-run win over West Indies in Antigua in the first test. This was the highest margin by which India has won an overseas test match. The Virat Kohli led side looked pretty flamboyant and Ishant Sharma, Jasprit Bumrah and Ajinkya Rahane starred in the wins. The seam duo both picked up fifers in the game while returning vice-captain Rahane was awarded the Man of the Match for scoring a century and 81 runs across both innings. 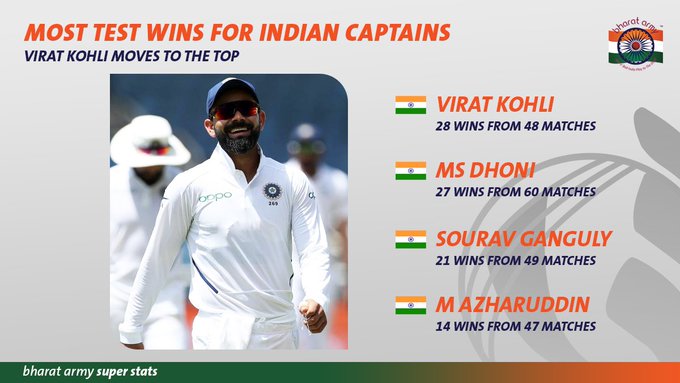 In the second test, India looked like they never lost their stride from Antigua and had no issues sweeping the test series 2-0 in their favor at Sabrina Park. Hanuma Vihari finally got his ton after nearly missing out on it in Antigua while Kohli and Ishant Sharma supported him well in the first innings which allowed the Indian side to post a total of 416 runs on board. Chasing such a big target always needed a miracle for the Indies and it didn’t help that they had to face an in-form Jasprit Bumrah at his majestic best who secured his maiden test hattrick and bundled West Indies innings at 117. The rest was mere formality where West Indies tried hard to play catch up but in the end, India registered a comfortable victory once again. This victory meant Virat Kohli is the Indian captain with the most test wins now, overtaking Dhoni’s 27 test victories.

Individuals who impressed the most

It took him two years to go from nine test centuries to ten but now that it has arrived, the doubt surrounding Rahane’s form is starting to fade. He got himself 271 runs in the first test and ended the tour with an unbeaten 64. Never one to compromise with his style, the vice-captain looked confident and took responsibility in the middle order as Pujara and Pant faltered. 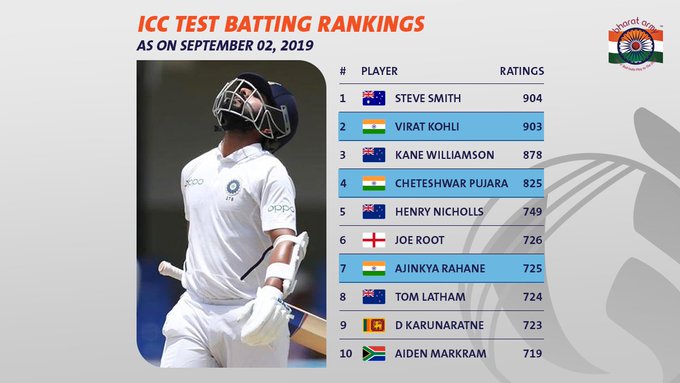 One can hope this boost in morale carries itself and Rahane doesn’t show signs of slowing down.

Without an ounce of doubt, Vihari was the revelation of the tour. Whenever the newcomer arrived at the pitch, he looked calm, composed and knew what he was doing. He did not let nerves or the situation get the better of him and that is an excellent sign for anyone just getting on to the scene.

Hanuma Vihari finished the test series as the highest run-getter managing 289 runs from four innings which included his maiden hundred at Sabrina Park. And from what he has shown, it looks like Vihari is a safe bet for the number 6 batting spot as a reliable middle-order option.

Having been around the national side for a long, long time it finally seems that Ishant Sharma is taking his game to a whole another level. His progress has been clear over the last year and the lanky seamer returned to the test side and paid off the faith in him well. Numbers don’t lie- 5/43 and 3/31 in Antigua, 1/24 and 2/37 in Jamaica. Ishant has been clinical and a constant threat for the Windies batsmen.

He was sublime with the bat in hand as well, scoring his maiden test half-century in the first innings of the second test. He finished the tour as India’s second-highest wicket-taker with 11 victims, just behind Bumrah.

We’re running out of words when it comes to appreciating Jasprit Bumrah for the gem he is. He was wrapped in cotton wool and protected for the T20 and ODI series, clearly highlighting his importance to the side where he is now treated as a vital asset. Getting off to a slow start in Antigua in the first innings, he came back with a 5/7. He finished the series with a 6/27 in Jamaica that included a hattrick, establishing himself as one of the best test bowlers in the world. 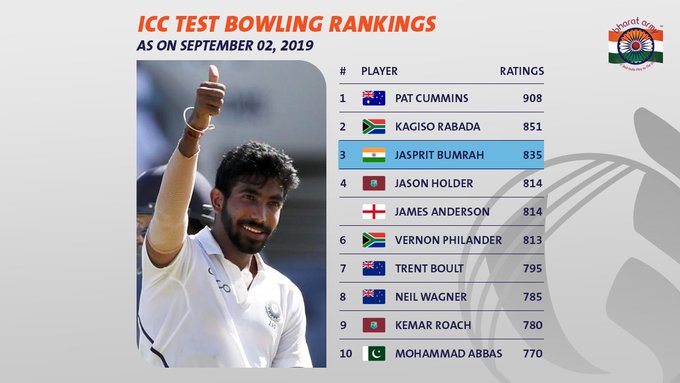 Precise Yorkers, deceptive inswingers and outswingers, and a mean bouncer, Bumrah has it all and what’s even better is he knows which delivery to use when. He was a blessing to watch in this series and one can hope he plays Test cricket for a long, long time.

The series victory allowed India to start off their World Test Championship campaign on a high as they now lead the table with 120 points from the series. 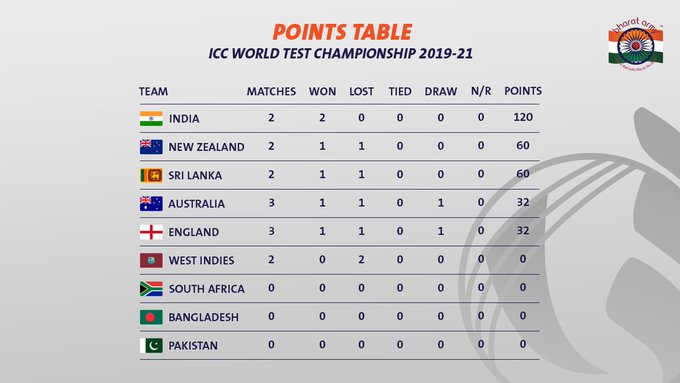 They are followed by New Zealand and Sri Lanka who both have 60 points while England and Australia share 32 points for all the drama unfolding at the Ashes.