The excitement is in the air. The euphoria is starting to build. In about 14 days, the top ten teams of the world will converge on English soil in a bid to win the biggest crown in cricket- World Cup.

So, who are the favorites going into the World Cup? This blog is an attempt to delve into the performances of the sides' post the 2015 World Cup to zero in on the four most consistent teams' since the last 50-over event. 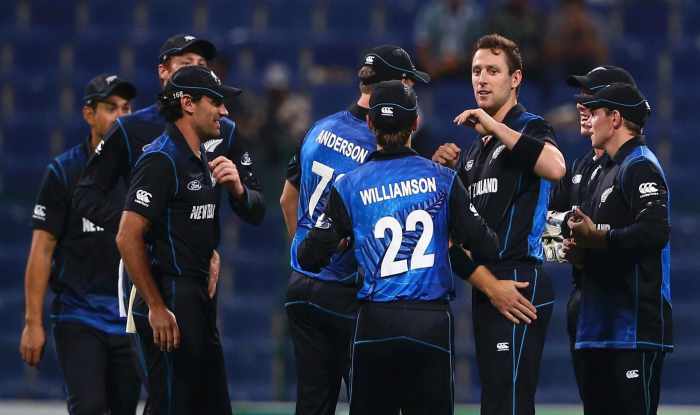 Perennially regarded as the "dark horse" the BlackCaps have come a long way in shedding that moniker and are now one of the powerhouse ODI team in the world. The runners-up of the 2015 World Cup, the Kiwis went through a seamless transition as far as leadership was concerned with Kane Williamson taking over from the retired Brendon McCullum and stamping his authority on the side with his style of leadership.

The senior players in Martin Guptill, Ross Taylor and Trent Boult have also played a pivotal role along with skipper Kane Williamson in creating a team environment where newcomers like Tom Latham, Colin Munro, Mitchell Santner and Lockie Ferguson have thrived. Taylor, arguably, has been in the form of his life in the past four years. The right-hander has smashed 2892 runs which include eight tons in 59 games and along with Guptill [2701 runs including 9 tons] and skipper Williamson [2868 runs including five centuries] have spearheaded the Kiwi batting unit since the 2015 World Cup.

On the bowling front, Trent Boult has led the charge with 107 wickets in 54 games closely followed by Mitchell Santner with 63 scalps. What makes this Kiwi side a dangerous proposition is they have got almost all the bases covered with a dynamic opening duo, a more than potent middle-order in Taylor, Williamson, Nicolls, and Latham to go along with all-rounders like James Neesham and Colin de Grandhomme and off-course a good bowling attack with an amalgamation of pace, seam, swing, and spin. They may choke in ICC events but there is little doubt that South Africa has always been one of the most consistent sides' over the years and it does not come as a surprise to see them in this list. The semi-finalists of the 2015 World Cup, South Africa registered series wins in India [3-2, 2015], Australia [2-1, 2018], New Zealand [3-2, 2017] before proceeding to whitewash the Aussies [5-0, 2016] and Sri Lanka [5-0, 2019] at home. The Proteas are also one of the two sides' alongside India to beat England in a bilateral ODI series during the period when they came back from a 0-2 deficit to turn the tables on the English side and claim the rubber 3-2 in early 2016 while a 1-5 defeat to India in early 2018 remains the only blemish to their otherwise proud home record.

But similar fragilities of choking under pressure continue to plague South Africa. They bowed out from the Champions Trophy in the group-stage after the de Villiers-led unit succumbed under pressure against India. The Champions Trophy also proved to be the last ICC event for AB de Villiers. The former South African skipper sent shockwaves around the cricket world when he announced his retirement from International cricket last year.

The absence of de Villiers has had a substantial effect on South Africa's batting but their bowling remains imperious as ever. Kagiso Rabada, who made his debut immediately after the 2015 World Cup has emerged as the leader of the pack [106 wickets in 66 games] and along with Lungisani Ngidi [34 wickets in 18 games] and the veteran Dale Steyn [34 wickets in 21 games] form one of the better attacks going into the World Cup, abely supported by the vile Imran Tahir [92 wickets in 60 games].\ They might have their issues when it comes to the No.4 spot in the middle-order, but such has been the dominance of India's top-3 in Shikhar Dhawan, Rohit Sharma, and Virat Kohli backed up by a potent bowling attack, has resulted in the Men in Blue dominating the ODI circuit.

Bumrah with his unorthodox action and pin-point accuracy to go along with his death-bowling exploits has emerged as the leader of India's fast bowling unit since his debut, claiming 85 wickets in 49 games to form a potent bowling attack alongside Bhuvneshwar Kumar [72 wickets] and Mohammad Shami [26 wickets].

After registering a 3-2 win at home against New Zealand in late 2016, MS Dhoni decided to hand over the reins of the side to Virat Kohli.

Under Kohli's leadership, India went on to beat England [2-1] at home before ending up as the runners-up in the 2017 Champions Trophy. The loss to Pakistan [by 180 runs] proved to be a tipping point for Team India. One of the reasons for India's loss in the final was their spinners' inability to pick up wickets in the middle overs. With wrist-spin being the flavor of the season, Kohli and the management decided to go with the duo of Kuldeep Yadav [87 wickets] and Yuzvendra Chahal [72 wickets]. And the move turned out to be a masterstroke. 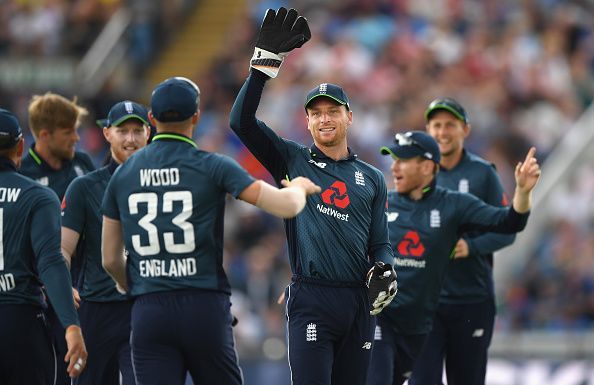 From being the whipping boys in white-ball cricket to becoming the trendsetters, England has come a long way since their group-stage exit in the 2015 World Cup. For a better part of the 40-year existence of the ODI cricket, England was far too often guilty of taking a conservative approach; an approach that was completely out of sync with the modern way of playing white-ball cricket. It took a disastrous 2015 World Cup campaign for England to identify the follies in their approach and since then, well, mayhem has ensued.

The numbers prove it too. Since the 2015 World Cup, England have thrown the caution to the wind and have unleashed a fearsome batting-unit that has scaled unimaginable territories [Read: 6-481 vs Australia, 2018], crossing 400 [4] the most number of times, describing their journey from being 'out of sync' to becoming the trend-setters and the No.1 team in the World.

The resurgence is also reflected from the improvement in England's W/L ratio. While an ICC trophy still alludes them, Eoin Morgan's side has dominated ODI cricket in the past four years. Barring the two bilateral series [1-2 vs India, 2017 & 2-3 vs South Africa, 2015-16] that they have lost, England have been clinical in their display as evident by their home and away performances against Australia [4-1 & 5-0 in 2018], New Zealand [3-2, 2015 & 3-2, 2018] and a dominant display against India last summer.

Since the 2015 World Cup, England have won 58 of the 88 matches they have played with an impressive W/L ratio of 2.521 and will go into the World Cup on the back of 11-successive bilateral series victories and with the reputation of being the No.1 ranked ODI side in the world. But will they live up to their form and not succumb as they did in the semi-finals of Champions Trophy two years ago? Only time will tell.