When we talk about rivalries in cricket, India vs Pakistan and England vs Australia spring to mind instantly. Now, those rivalries are built on the back of historical and cultural annotations. But, in modern-day cricket, there is no rivalry that has as been as competitive, ruthless, controversial [sometimes] than India vs Australia.

Whether it is Test cricket or limited-overs cricket, India vs Australia brings out the best in cricketers from both sides. For an Australian fan, no team challenged their mighty side of the 2000s like the Indians and for an Indian fan, no team has given them more heartbreaks [especially in World Cup Cricket] than Australia.

India's rivalry with the Aussies in World Cup cricket started in 1983. While the Australians squashed aside the Indians by 162 runs in the first encounter thanks to a century from Trevor Chappell [110] and a six-wicket haul from MacLeay [6-39]. But India returned the favor with a clinical performance of their own in the latter half of the tournament when they bowled the Aussies out for 129 [Target: 248] with Madan Lal [4-20], Roger Binny [4-29] and Sandhu [2-26] taking ten wickets between them.

From the heartbreak of two 1-run defeats in 1987 & 1992 to the mauling of 2003 final. From McGrath's match-winning spells to Yuvraj's guttural roar in 2011 and Mitchell Johnson's dismissal of Kohli in 2015, Australia has been largely dominant over Team India in CWC encounters.

As the Men in Blue take on the Aussies in their 2nd game of the 2019 World Cup, we at The Bharat Army are going memory lane to revisit some of the best moments in India vs Australia rivalry.

The 1987 World Cup came to the Indian sub-continent for the first time and India were red-hot favorites going to their first league stage encounter against the Aussies. Australia batted first and on the back of a century from Geoff Marsh [110] scored 6-270 after 50 overs. The hosts started off their run-chase with a 69-run stand between Sunil Gavaskar [37] and Kris Srikkanth [70].

After Gavaskar's dismissal, Srikanth [70] and Siddhu [73] consolidated the run-chase with their respective half-centuries and by the time Sighu perished, India looked well on course for a victory at 3-2017. But the wicket of Dilip Vengsarkar with the score reading at 232, proved to be the turning point as Craig McDermott's 4-56 broke the back of India's middle-order.

The Indian lower-order created hara-kiri with Prabhakar and Binny getting run-out and while Steve Waugh cleaned-up Maninder Singh for 4 to pull off a shocki0nh one-run win over the hosts.

But as in 1983, India struck back in the second bout and with the help of four batsmen scoring half-centuries, the Men in Blue defeated the Aussies at the Feroz Shah Kotla.

While India returned the favor in 1987 in their second encounter against the Aussies, the 1992-event saw an encore of their one-run defeat. In a rain-marred encounter, Australia batted first and on the back of a 108-ball-90 by Dean Jones and 43 from skipper Alan Border posted 9-237 after 50 overs. Chasing 236 after the game had been reduced to 47 overs, India lost Srikkanth for a duck while Ravi Shastri crawled with a sedate 67-ball 25 on the other end. But skipper Mohammad Azharuddin held the fort from one end with a 102-ball-93. Sanjay Manrekar gave able support to Azhar with a brisk 42-ball 47.

But with India requiring 20 off the last 12 deliveries, Manjrekar placed one to deep third man and in an attempt to steal the second run, took on Mcdermott's throw which was accurate, and Boon whisked the bails off in a jiffy with him comfortably short of the crease. In the end, it all boiled down to the final over where India still required 13 from six balls. India lost More of the third ball of the final over when his stump fell flat in trying to sweep Moody.

With 4 required off the last two balls, Srinath went for an almighty heave which only found Border at deep mid-wicket. Confusion ensued between the wickets and Prabhakar who had started backing up was left stranded in the middle of the pitch. With still 4 required off the last ball, Srinath had no other way than to go for a slog. Moody pitched it up and this time Srinath connected; the ball soared into wide long-on and Steve Waugh ran frantically in trying to take the winning catch. Waugh grassed the catch in his eagerness to win the game but seeing Raju run frantically, he unleashed a powerful throw that left Raju and India stranded by one run. 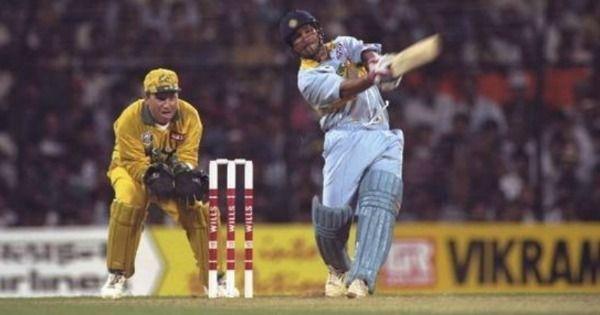 The Master Blaster Sachin Tendulkar was in blazing form during the 1996 World Cup, and so was Mark Waugh. So, when the Indians and the Australians squared off against each other in the 1996 event all eyes were on the duo and especially the local boy, Tendulkar.

Australia batted first and got off to a sensational start with Waugh [126] and Taylor [59] putting up 103 runs for the first wicket. Waugh was imperious in his strokeplay and went on to notch up aa 135-ball 126, an innings which included eight boundaries and three sixes. At 3-232, Australia looked well on course for a total in excess of 300 but an appalling collapse to the tune of 7-26 from the middle and lower-order meant, the Aussies were bowled out for 258.

Chasing 259, India got off to a horrendous start with Fleming knocking over Jadeja [1] and Kambli [0] with the score reading at 2-7. All of India's hoped rested on the Master Blaster. Tendulkar quickly got onto his job with a cracking on-drive off Fleming in the very first over. Anything full was drilled through covers while anything sort was smoked between long-on and deep midwicket. Even Shane Warne wasn't spared. The Master Blaster welcomed the leg-spinner with a flat-batted hit over his head.

The Little Champion soon got to his half-century and was abely supported by Sanjay Manjrekar, who played a cautious inning of 62. But just as it looked that Tendulkar was warming up for another hundred, Mark Waugh broke all of India's heart as he got the Little Champion stumped off a wide ball. Tendulkar departed for 90, so did the Indian chances. Australia's dominance in World Cup cricket peaked in 2003 but in 1999 too, India was one of the sides' which the Aussies swatted aside with ease on their way to the semi-finals.

In the 1999 Super-six encounter, Australia batted first and on the back of a pristine 99-ball 83 by Mark Waugh and some handy contributions from brother Steve [36], Bevan [22] and Tom Moody [26] posted 6-282 in 50 overs. Any chance of India going anywhere close to Australia's total hinged on the Master Blaster. But Glenn McGrath seemed to have other plans.

In a pulsating spell of fast bowling, McGrath broke the back of India's batting by nipping out Tendulkar [0], Dravid [2] and Azharuddin [3] to leave the Men in Blue reeling at 4-17. It took a brilliant hundred from Ajay Jadeja [100] and Robin Singh [75] to save India from the ignominy of getting bowled out for a sub-par total. Eventually, it did not prove to be enough as the Men in Blue were bowled out for 205; 77 runs adrift of the target.

Similar story ensued four years later in the 2003 World Cup. Australia, who were at the peak of their powers defeated India twice- league-stage and final- to win their third World title. India has a great run in the tournament where they squashed every side that came in front of them but it was Australia who proved to be their nemesis. While it was three-wicket hauls by McGrath and Brett Lee that broke the back of India's batting in the league-stage [125 all out], the final was all about the Aussie batting- led by Ricky Ponting flexing their muscles to the point of submission by the Indian bowlers. Batting first, Ricky Ponting [140] and Damien Martyn [88] carted the Indians to all corners of the Wanderers with a 234-run stand for the third wicket. Australia eventually posted 2-359 after 50 overs and all of India's hopes squashed in the very first over when McGrath bounced Tendulkar out for four.

Sehwag stroked some lusty blows on his way to 81 and his run-out proved to be the final nail in the coffin for the Men in Blue as they were eventually bowled out for 234; 134 runs adrift of the target.

Australia has given India and its fans a plethora of heartbreaking moments in World Cup cricket. So, when the quarter-finals against the defending champions rolled around in 2011, all eyes were on the Men in Blue to shed the baggage and painful memories of the past.

Australia's dominance over India in high-pressure games plus their impeccable streak remained the biggest roadblock to the Men in Blue's quest for glory.

Australia batted first and Ricky Ponting's masterly century on a track that had a plethora of help for the slow bowlers testified that the defending World Champions may not be the same force but they wouldn't go down without putting up a fight. Ponting's hundred helped Australia post a more than competitive target of 261. The pressure of the Quarter-finals that too in front of your home crowd can get to you big time. It was reflected in India's run-chase. Every time there was a partnership building, a wicket against the run-of-play would bring the Aussies back into the game. And, Gautam Gambhir's horrible miscommunication with Yuvraj Singh between the wickets which ultimately cost India his wicket after several failed attempts testified to the hilt.

After Gambhir, Dhoni too went cheaply when he was brilliantly caught by Michael Clarke at backward point. At 5-187, India was still 74 runs in arrears when Suresh Raina joined Yuvraj Singh at the crease. Unlike the other batters, Yuvraj looked unbelievably calm in the situation and the left-hander was ably supported by Suresh Raina.

The duo soaked in the pressure brilliantly and continued to chip away at the target. Anything outside-off was slashed and or driven towards the off-side while deliveries at the ribs [towards Raina by Lee] was pulled in front of square. Australia's challenge continued to wither away with every boundary that Yuvraj and Raina struck.

The moment finally arrived when Yuvraj nailed a cover-drive off Brett Lee and what happened next: Yuvraj's guttural roar amidst deafening noise, is now a part of folklore. After Yuvraj's guttural roar and Raina's tenacity had knocked the Australians out of the World Cup four years ago, it was the turn of Smtih, Johnson and the Michael Clarke-led hosts of the 2015 event to finally return the favor in the semi-finals at the Sydney Cricket Ground.

India, the defending World Champions, came into the semi-finals against Australia on the back of seven successive victories in the tournament. Australia batted first and on the back of a sublime 93-ball-105 by Steven Smith and 81 by Aaron Finch posted a more than a competitive total of 7-328 after 50 overs.

Chasing 329, India got off to a blazing start with Shikhar Dhawan [45] and Rohit Sharma [34] putting up a 76-run stand for the opening wicket. But, one shot too many for Dhawan resulted in his downfall, triggering a collapse from which India could never recover. Virat Kohli followed suit when he top-edged a Mitchell Johnson bumper for 1 while Rohit Sharma was bowled through the gates. 0-78 quickly became 4-108 with Raina too following suit.

In the end, MS Dhoni [65] and Ajinkya Rahane [44] tried to resurrect the ship with a 70-run partnership but were left with too much to do. Rahane was caught by Haddin for 44 while Dhoni and Jadeja were run-out as Starc and Faulkner proceeded to clean up the Indian tail and complete a 95-run victory.

The Rivalry in Numbers 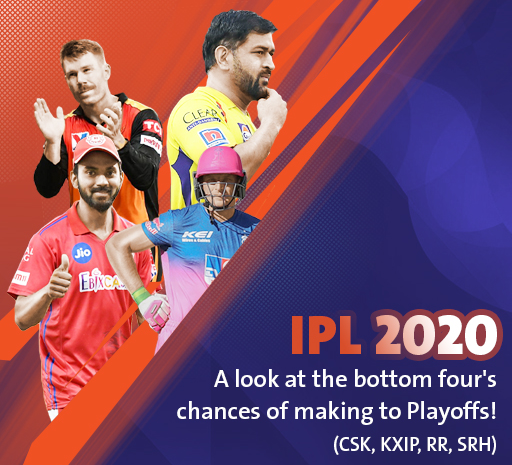 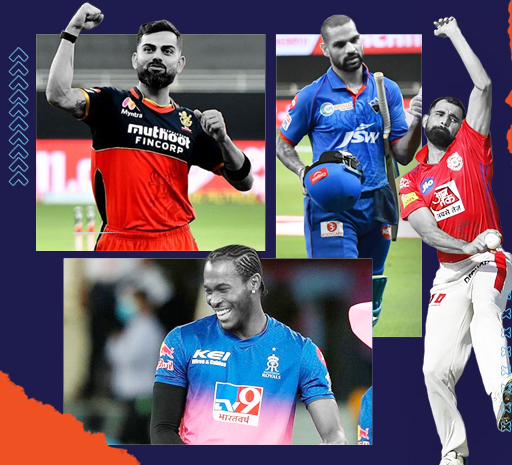 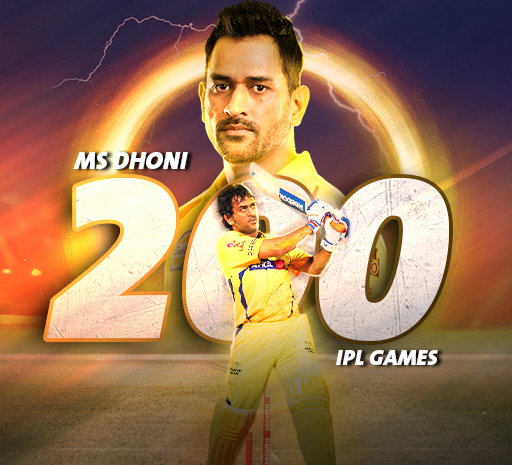