PV Sindhu, the star badminton athlete, delivered a historical performance in the Women’s badminton singles event at the Tokyo 2020 Olympics. The ace-shuttler bagged bronze by beating the Chinese player He Bingjiao comprehensively. Despite not being in the greatest of forms, Sindhu rose to the occasion to deliver a match-winning performance at the highest stage. 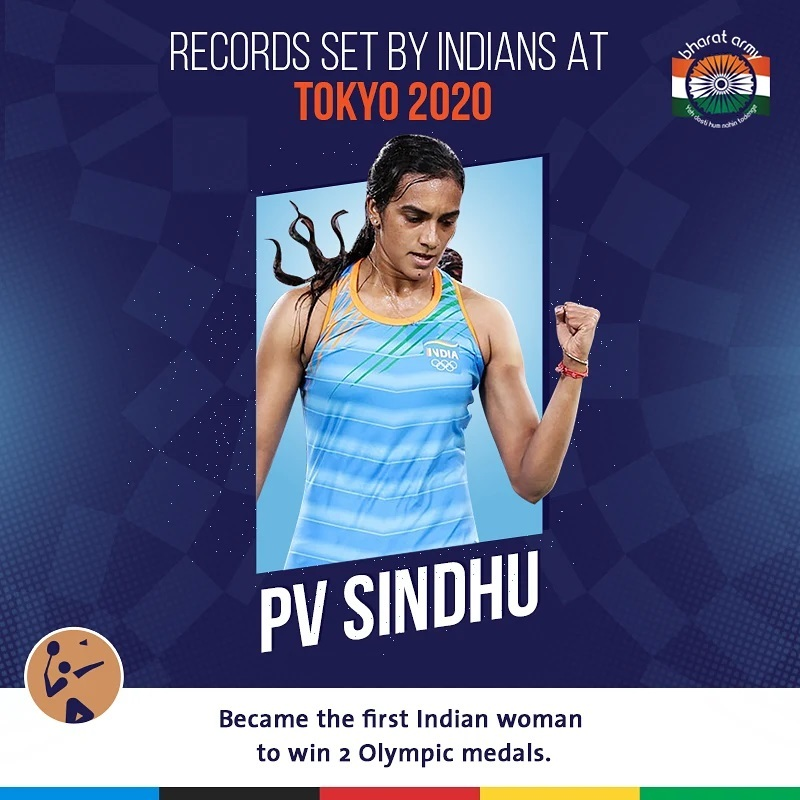 By clinching this medal, Sindhu has broken a myriad of records and thereby placed herself at the centre stage of the Indian sports hall of fame. She has become the first Indian women athlete and second Indian overall to win two Olympic medals at individual events. With this medal, Sindhu has become arguably one of the greatest athletes India has ever produced. Her path to this glory isn’t really the smoothest, with plenty of ebbs and flows. The Bharat army takes a peek into this journey: 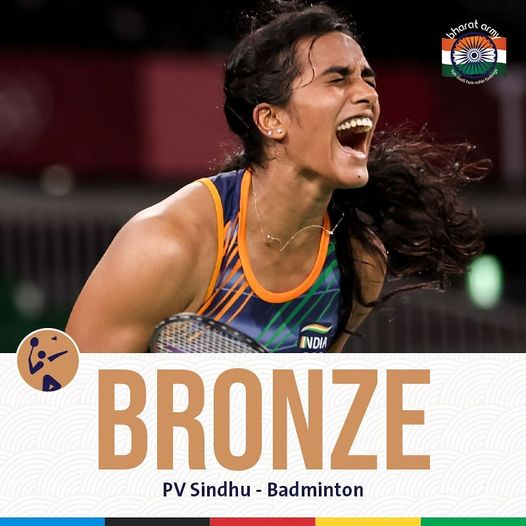 Born in Hyderabad to a sports frenzy family, Sindhu picked up badminton at the ge of 8. With both her parents being national-level volleyball players, Sindhu was blessed to receive a conducive environment for sports. She joined the much-coveted Gopichand badminton academy, Hyderabad, and there was no looking back for her.

Under the coaching and guidance of former Indian start-shuttler Pullela Gopichand, Sindhu developed the skills and discipline for the game. She ventured into the National level badminton by turning 10 and was quick to climb up the rankings.

Sindhu first made her mark on the international stage with her bronze medal at the 2013 Copenhagen Badminton world championship. What followed post that victory was a series of achievements at various tournaments. Sindhu was quick to manifest her form into medals at several events. She repeated her 2013 heroics at the 2014 Guangzho world championships with a bronze. Her brilliance was reflected in all her performances during the period between 2013-2015. Sindhu geared up for the 2016 Rio Olympics with all these achievements under her belt.

Rio 2016 was a memorable one for Sindhu and the nation. Sindhu, who was 21 back then, became the youngest Indian to bag an Olympic medal. She marched into Rio 2016 with full-on confidence, which also reflected in her performances throughout the events. Despite missing on the gold, Sindhu’s has done exceptionally well for her silver. Her finals were against one of her biggest rivals, Carolina Marin, the top-ranked Spanish shuttler. Despite losing the first set against Sindhu, Marin had pocketed the other 2 to seal the gold. By putting up a brilliant show on her first Olympic appearance, Sindhu displayed her class and emerged as a badminton superstar. 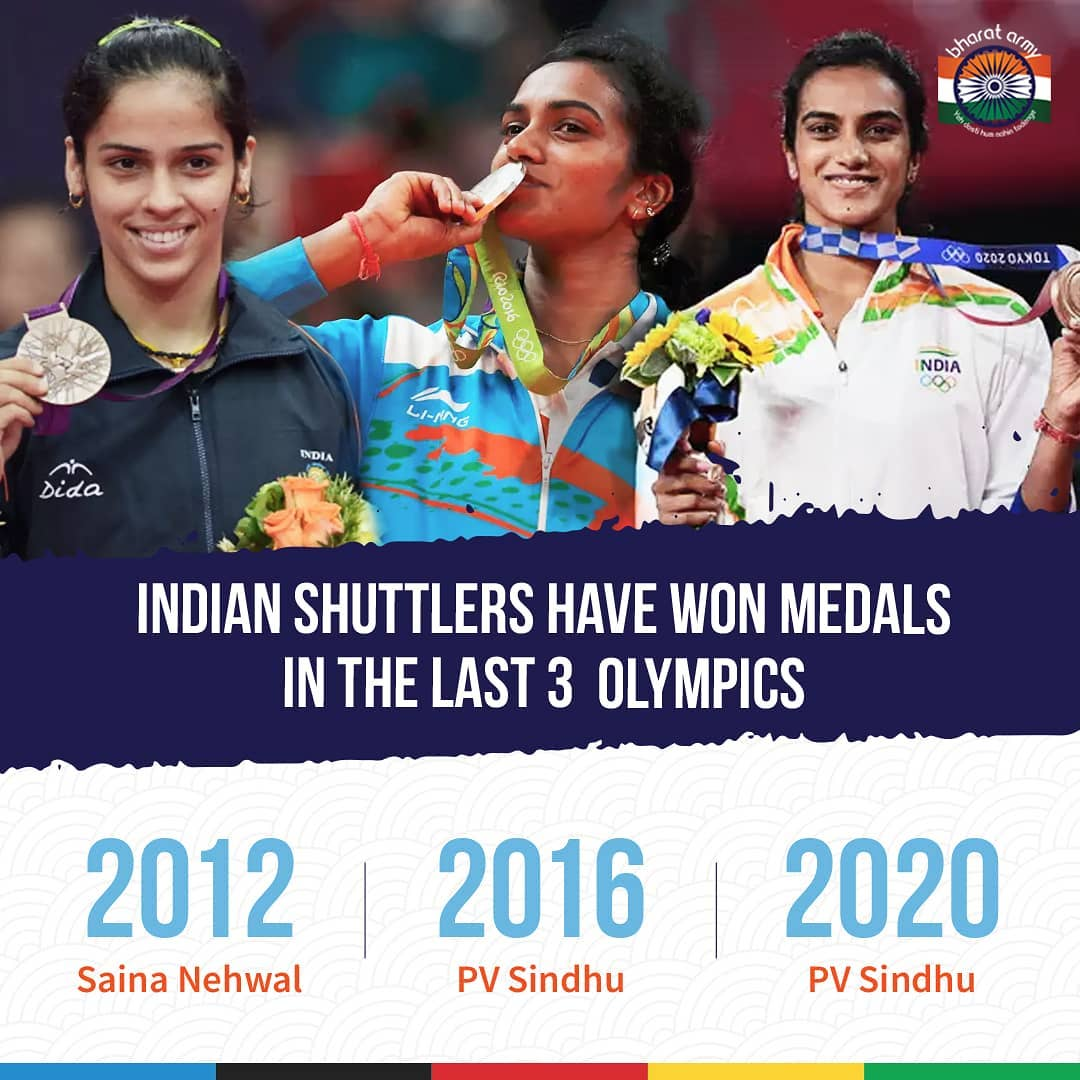 Tokyo 2020 is a different case altogether for Sindhu compared to Rio. This time her form was up for a toss with plenty of challenges around her path compared to Rio 2016. What makes Tokyo even more special is that Sindhu managed to pull off an epic performance to clinch bronze despite all these hiccups. Though the fans would’ve wanted her to win the gold, she did extremely well for a podium finish, considering her difficulties due to the pandemic. Her duel against Japan’s Akane Yamaguchi in the quarter-finals is particularly noteworthy, wherein she used all her might in defeating her.

By bagging two Olympic medals, especially at such a young age, Sindhu has raised the bar for Indian athletes. Hopefully, this would inspire everyone to take up the racquets.

Sindhu has expressed her ambitions about the 2024 Paris Olympics. We at the Bharat army wish her nothing but luck for all her future endeavours.