Team India are 1-0 up in the series after beating West Indies in the second ODI which fortunately turned out to be a complete game, but a shortened one in the end with the hosts requiring to chase India’s competitive total in 46 overs.

Trinidad witnessed a classic display of batting from the Indian skipper and modern-day champion Virat Kohli as he smashed yet another ton, his 42nd in the fifty-over format. India lost early wickets in the form of a struggling Shikhar Dhawan and Rohit Sharma, losing his wicket in an attempt to push the gears. Virat Kohli showed composure in humid conditions, anchoring the Indian innings.

Moreover, it was absolutely eye-pleasing to watch young Shreyas Iyer grabbing the opportunity to bat in the middle overs and demonstrate maturity, which is lacking at the moment in the middle-order sector. His 71 off 68 balls proved to be a huge support to Virat Kohli and Team India as they put forward a target of 280 before it was reduced due to a rain interruption. The West Indies batsmen were resilient but not enough at the end, as they kept losing wickets due to the aggressive nature that never leaves the team irrespective of situations. Bhuvneshwar Kumar was the pick of the bowlers with figures of 4-31, successfully breaking partnerships in the middle as India won the 2nd ODI game by 59 runs with the DLS coming to play. 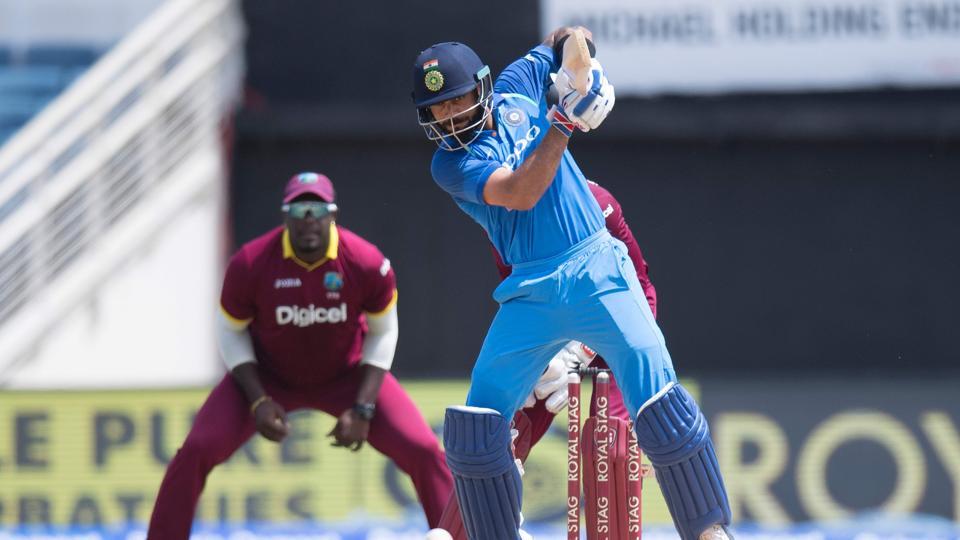 “It was a fruitful day. I knew I was going to do well, I played for India A and I played in these grounds, paced my innings well and think it went well. I decided that I wouldn't take any risks, Virat told me that we needed to build a partnership and take the innings deep. He supported me very well, we took the ones and twos, hit the boundaries when it came. We decided 250 was a good score, obviously we got 30 runs extra. He told me to bat at least until the 45th over, I am thankful for what I managed. I want to stay in the team for a while, the consistency is always important, I want to play well and contribute to the team.”

Shreyas Iyer proved how solid he can turn out to be while batting in the middle overs. A consistent performance from him in the future would solve all the middle order confusions for Team India. Not that this will be a dead-rubber, but India will be confident enough at the moment to make some experimentations, afterall it is the final one-day game of the tour. KL Rahul is a potential change who can be roped in as an opener or as a wicket-keeper at number four to replace the struggling duo of Shikhar Dhawan and Rishabh Pant. One more potential change can be the inclusion of Yuzvendra Chahal replacing the chinaman to have a left-right spin combination along with Jadeja’s batting ability at the depth.