It has been a positive start to the tour with the T20 series in the bag for Team India. A complete whitewash in the T20 series will be a confidence booster for them as the action now shifts to the One Day Internationals. One thing that stands out is the domination level of this Indian team that delivers clinical performances on the field irrespective of any format.

Since the past few months, ODIs were being judged from a World Cup point of view rather than just a limited over format of the game. Every team change, every decision, every strategy had a short term fixed goal, which was winning the tournament. Things change now onwards as ODIs will now have to be treated as a format itself which demands long term goals. Post the World Cup exit,  it’s a fresh start for Team India. The focus at the moment is building the team again. A long term team that doesn’t involve a lot of shuffling. Sure, it all starts with experimentations. But the experimentations have got to stop somewhere. 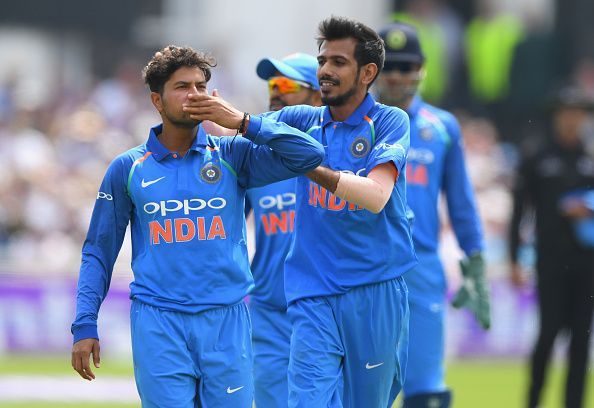 The Indian spin duo of Kuldeep Yadav and Yuzvendra Chahal is back after being out of the T20 squad. The T20 series saw West Indies batsmen losing a lot of wickets to spin. The inclusion of this duo will only strengthen the side and introduce new challenges for the batsmen. Apart from Jasprit Bumrah’s absence, this Indian side consists of primary players who were a part of  the World Cup earlier. Shikhar Dhawan is back in the ODI setup after being out of action due to injury during the World Cup game against Australia.

Here’s what skipper Virat Kohli had to say on Rishabh Pant’s future and his ability to make a long-term mark in the ODI team.

“We are looking at him (Rishabh Pant) as the future. He's got a lot of skill and lot of talent. It is about giving him some space and not putting too much of pressure. He's come a long way since he's started. We want to be professional as a side. Looking forward to some fun in the ODIs and Tests as well.”