So, the World Cup is over and we are back to the grind of international cricket. It turned out to be a memorable tournament in the end- the World Cup. With a final that had very little or almost nothing to choose between the two sides- England and New Zealand- the tournament had a fitting climax to it. One, which is fair to say will not be matched anytime soon. It had drama. It had attrition. Controversy. Agony and absolute ecstasy. Teams matched each other blow-by-blow and after 102 overs of pulsating cricket, it all came down to the number of boundaries hit by the sides' to decide the winner, which was a shame really.

In the end, the Three Lions were crowned World Champions, a fruitful culmination and a fitting reward for all the planning and hard work they'd put in after the disaster at the 2015 World Cup. With the 50-over World Cup done and dusted, the focus of all teams will now shift towards rebuilding their sides' for back-to-back T20 World Cup's in Australia and India in 2020 and 2021.

July 10, 2019: It is the semi-final of the World Cup. Due to inclement weather conditions, the match had been carried forward to the reserve day. New Zealand has huffed and puffed their way to 239 after 50 overs. The Men in Blue are just 240 runs away from sealing their third finals berth in this century [2003 & 2011]. Easy? A stroll in the park for the Indian batsmen? Yes! Off-course it is. Rohit is in the form of his life; he's eating centuries for breakfast, lunch, and dinner. KL Rahul had just shellacked the Lankans for a ton in the least league match. And, off-course there is the King himself at No.3: Virat Kohli.

It should have been easy, right?

Rohit nicked off to Henry for 1. Virat Kohli's nightmarish form in the knockouts once again came to haunt him when he was brilliantly set-up for LBW by Trent Boult. India 5-2. Within a few minutes, KL Rahul fends at Henry's delivery outside off. India 5-3. And, just like that, the dream had turned into the worst possible nightmare. The 'What if Rohit and Virat get out cheaply' stared the Men in Blue and their fans right in their face. Their worst possible nightmare had just come true.

Jadeja fought till the end, but India's dreams were eventually shattered, begging the question of what could have been had the team management and selectors groomed their middle-order after the 2017 Champions Trophy final. Frequent chopping and changing and lack of clarity in plans never really helped India's cause and they paid the ultimate price in the semi-final.

But, such is the frenetic pace of International cricket that you can't just sit back and dwell on the past. It is always about carrying the learnings of the past failures into the present and with the T20 World Cup coming up in October next year, the focus of Team India will now shift towards building their side for the shortest format of the game. And, they have a lot of work to do in that regard. Despite boasting of the best T20 League in the world- the Indian Premier League- it is fair to say that Team India lacks firepower and X-Factor when it comes to Twenty20 cricket.

And, the ranking shows it too. Kohli's men are currently ranked 5th in the world and will come into the T20I series against the West Indies on the back of two back-to-back series defeats [1-2 vs New Zealand & 0-2 vs Australia] earlier in the year.

To be fair, India hasn't focussed on the T20 format too much in the past three years. Since the last World Twenty20 [2016], the Indian team has used the T20 format as an extension of 50-over cricket as they built their side for the 2019 World Cup. But, with the 50-over World Cup out of the way now, the focus is expected to shift towards building a side for the shortest format of the game and it will be interesting to see how they approach T20 cricket from now on, especially with the T20 World Cup 15 months away. 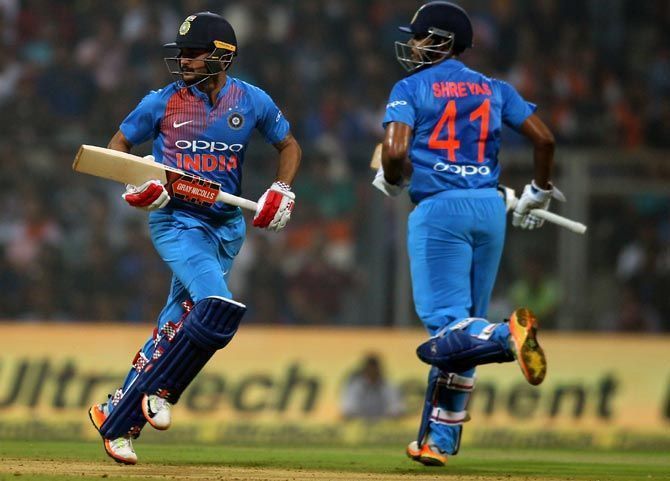 The likes of Dinesh Karthik, Umesh Yadav, Kuldeep Yadav, and Yuzvendra Chahal have been ousted from the last T20 playing 11 with the selectors giving chances to Shreyas Iyer, Manish Pandey in the middle-order. Pandey had a great last leg of the IPL and is also one of the leading run-getters in the ongoing One-day series against WI while Shreyas Iyer too has been knocking on the national sides' door for some time now. Shikhar Dhawan makes his return to the side after a fractured finger had ruled him out of the World Cup.

Krunal Pandya has managed to retain his place in the side as an all-rounder alongside Ravindra Jadeja while Hardik Pandya has been rested after he had suffered a groin injury in the semi-final against the Kiwis. Washington Sundar has made a return to the side after Nidahas Trophy while the right-arm leg-spinner, Rahul Chahar, who has impressed everyone with his guile, mystery, and temperament in the IPL as well for India A, has received a maiden call-up to the Indian side. Jasprit Bumrah has been rested from the white-ball leg of the Caribbean tour, giving selectors a chance to try out the new line of pacers in Deepak Chahar, Navdeep Saini, and Khaleel Ahmed. Ahmed [9 wickets at 17.33] and Saini[8 wickets at 18.00] are the top-2 leading wicket-takers for India A against WI-A in the One-day series currently while Chahar has repeatedly shown his worth in the powerplay overs for the CSK.

India will kickstart their T20I leg of the tour with two T20Is at Florida before the base moves to Guyana for the third and final match. It is also a golden chance for India to set their record straight against the World Champions.

Time to correct the dismal IT20 record in Florida

Ever since losing the semi-final against the West Indies in 2016, India has proceeded to lose two out of three T20Is plated against the hosts in Florida. With the hosts not in the best of form in T20Is [11 wins in 33 T20Is since the 2016 World Twenty 20], it offers the Men in Blue the best chance to redeem themselves as they aim to build their side for the T20 World Cup Down Under.

West Indies have bolstered their squad with the addition of off-spinner Sunil Narine, all-rounder Kieron Pollard for the first two IT20s. All-rounder Andre Russell has also been included in the 14-member squad but will have to undergo a fitness ahead of the first IT20 in Florida. Wicket-keeper batsman Anthony Bramble, who has played 12 T20 games has earned a maiden call-up to the national squad while Chris Gayle has made himself unavailable for the IT20s.

WI vs IND- Rivalry in Numbers- 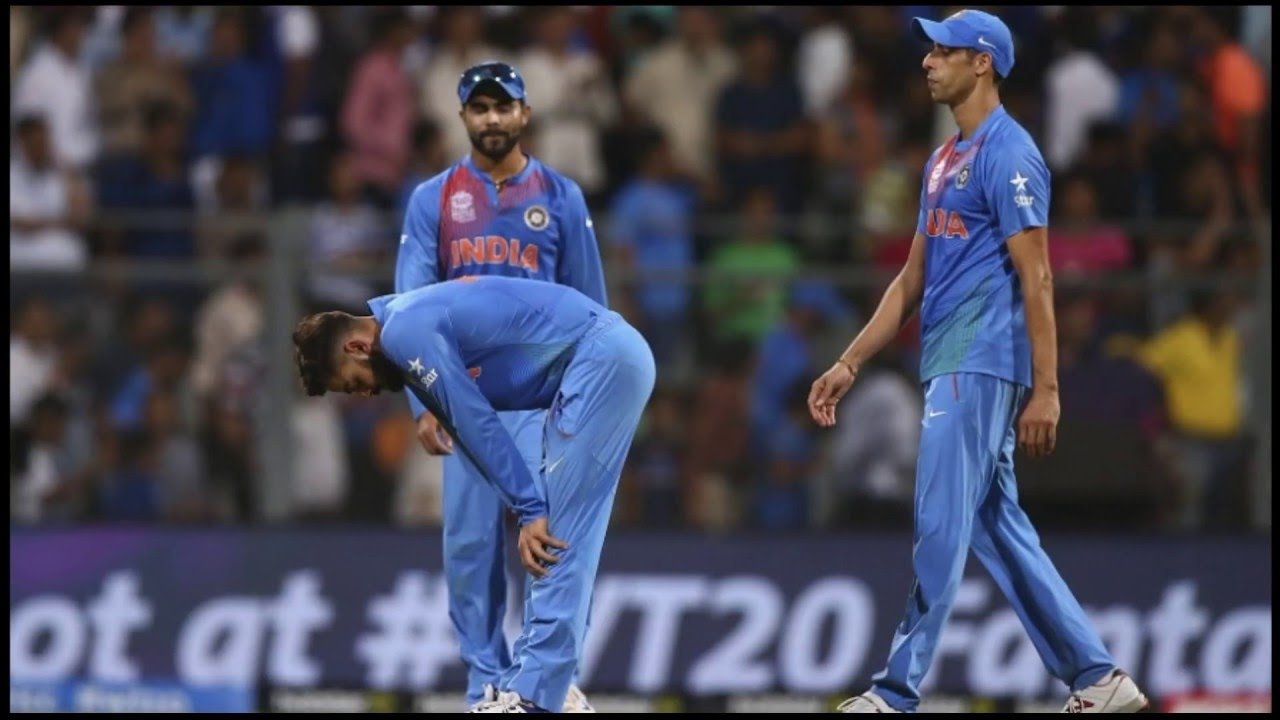 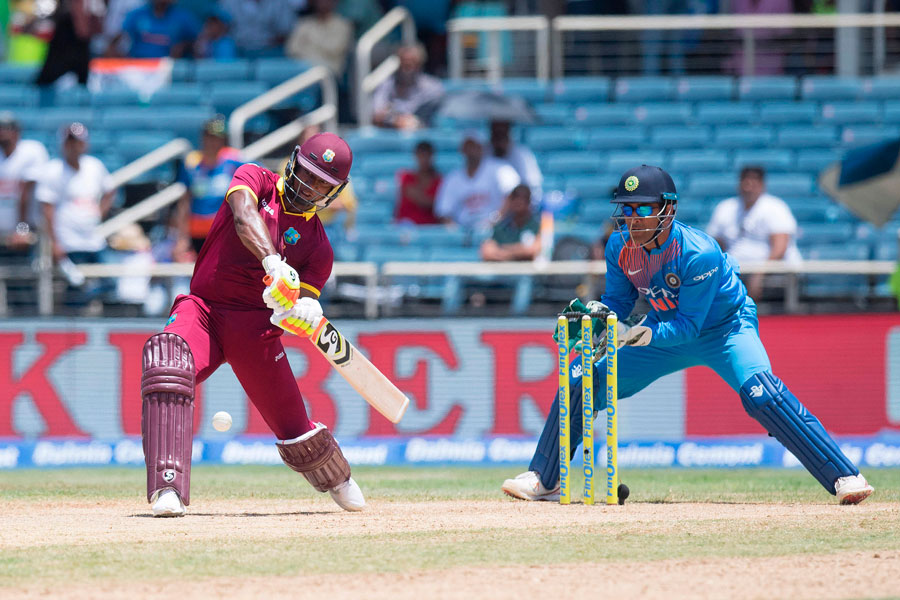