U19 CWC: Team India look set to defend the title 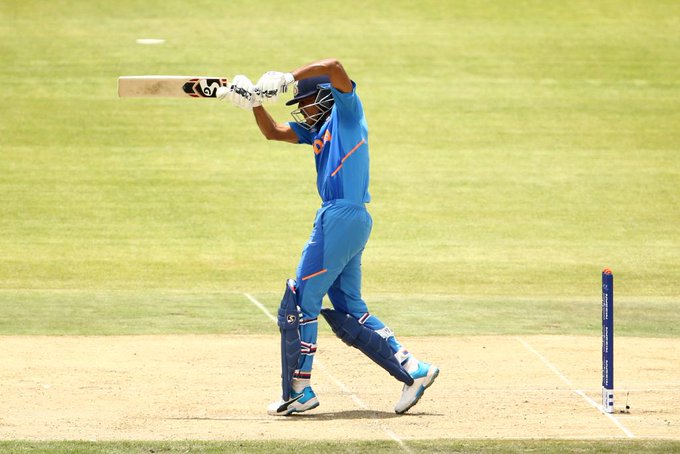 India brushed off any threat from Sri Lanka really early as Yashasvi Jaiswal took little time to get into the groove. He was solid in his hitting, precise and careful and stitched a neat inning along with Divyansh Saxena. Saxena could’ve utilized his opportunity to better, however, as he fell to Amshi de Silva at 23. But Tilak Varma walked in at number 3 to usher confidence back into the Indian innings. Varma scored 3 boundaries and rotated strike well with Jaiswal, giving him much of the strike.

Ashian Daniel returned to break the partnership and sent Tilak walking back to the pavilion at 46 runs. Varma had scored at a strike rate of 86.79. Skipper Priyam Garg then took a beating of the Sri Lankan bowlers as he also managed to score a half-century. Scoring at a run rate of 77.78, he was also stumped out by a cautious Kamil Mishara who had also managed to stump out Tilak Varma.

Dilshan Madushanka struck down the wicket of Yashasvi Jaiswal. The opener departed, having added 59 runs to the board in 74 deliveries. Following this, Dhruv Jurel and Siddhesh Veer took charge and there was no looking back.

Dhruv also scored a half-century as he hit three fours and one six to score runs at a strike rate of 108.33. Siddhesh Veer’s cameo with the bat at the end was thrilling to watch as the all-rounder scored runs at a strike rate of 162.96 and was six runs short of scoring a half-century in the opening game. Both Jurel and Veer remained not out and took India’s total to a healthy 297.

Skipper Priyam Garg used an array of bowlers at his disposal. Both the specialist bowlers and additional bowlers managed to impress however, keeping a tight check on the flow of runs and taking wickets at regular intervals. Sushant Mishra drew first blood when he sent Navod Paranavithana packing for six runs.

Yashasvi Jaiswal, who had scored a half-century in the first innings took the wicket of Ravindu Rasantha who was on the verge of scoring a half-century himself. Kartik Tyagi got his first wicket in the game, taking care of Abhishek Kahaduwaarachchi.

Akash Singh got two scalps in skipper Nipun Dananjaya and Sonal Dinusha while Ravi Bishnoi also struck twice to take care of Nadeeshan and Ashian Daniel. Daniel was removed for a duck as the lower order of Sri Lanka completely collapsed under the pressure of the Indian bowlers. 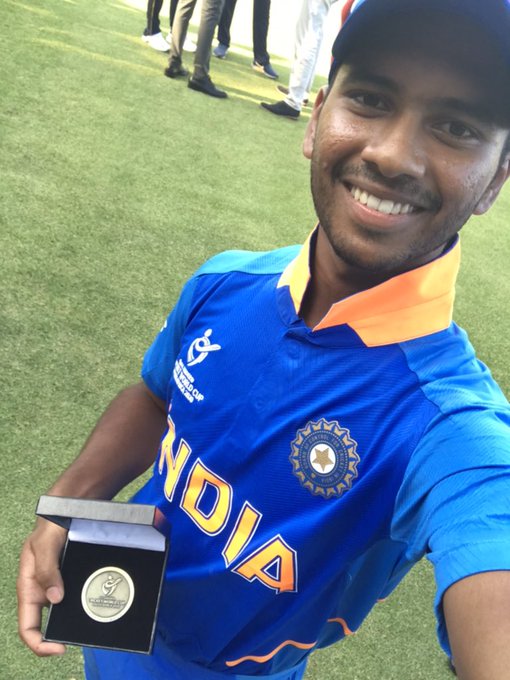 Siddhesh Veer was adjudged the Man of the Match. Image: ICC

Thoughts on the game:

It was an all-round performance from India where pretty much everyone involved managed to impress. The batsmen were neat with their stroke-playing and weren’t reckless to throw away casual shots during innings building. Siddhesh Veer was simply phenomenal, scoring quick innings of 44 runs and then picking up two important wickets. This will give the side a lot of moral to take to their next game against Japan. 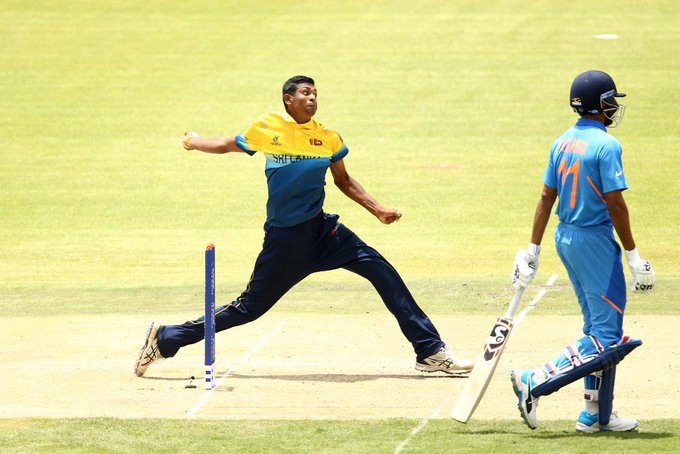 Eye on the next game:

The opening match for Japan in the tournament got washed out because of the rain. Their bowlers were under the pressure during the New Zealand innings as the Kiwis ran to 195 at the loss of only two wickets inside 28.5 overs before the rain decided that the game could not be played any further.

Japan is making its debut in the U19 World Cup and lost both their warm-up games at the expense of over 250 runs. The match against India is a case of David and Goliath. While India has the upper hand and can afford to rest a few key players, Japan could also prove to be unpredictable given that they haven’t played enough matches for the opposition to figure them out. All signs point towards a very comfortable Indian victory, however.

After the game against Japan, India will focus on New Zealand who is their final opponents in the group stage fixtures round.