India and West Indies are all set to resume their T20I rivalry with the Men in Blue squaring off against the T20 World Champions in Florida on August 03. West Indies, just like New Zealand has proved to be the bogey team for India in the shortest format of the game in the past, scripting memorable victories and unbelievable heists at the expense of the Men in Blue.

So, as we build-up to the 3-match T20I series, what better way than to relive some of the greatest WI vs IND moments in Twenty20 cricket. 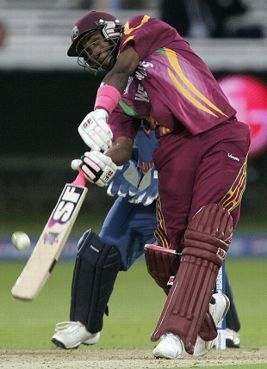 The defending champions went into their first Super-8 fixture against the West Indies on the back of two easy games against Ireland and Bangladesh in the league stage and the apprehensions that they might be a bit undercooked were testified to the hilt when they faced a red-hot Caribbean side in overcast conditions at the Oval.

Batting first, the Indians got an early indication of what was to follow in the very first over of their innings when Jerome Taylor tested Gautam Gambhir with the short-pitch stuff. Edwards took the cue and removed Gambhir's fellow opening partner with a bouncer. Edwards continued with the same ploy against Raina and was eventually rewarded when the southpaw edged a fullish delivery to Dinesh Ramdin.

Apart from their accurate bowling, the West Indies were sharp in the field too. Lendl Simmons testified it with a superb running-back-and-diving catch to remove Gambhir- one again off a short-pitched delivery- off Bravo. India 3-29 in the fifth over. Yuvraj Singh [67] and MS Dhoni [11] then consolidated the innings with a 37-run stand for the fourth wicket.

But in a bid to up the ante, MS Dhoni went bang at a short and wide delivery by Bravo, only to find Andre Fletcher at deep backward point. Yuvraj Singh, along with Yusuf Pathan gave the Indian innings a much-needed momentum with a 64-run stand but Fidel Edwards finished off what he started, taking Yuvi with a bouncer in the 18th, after which India could only muster 23 of the last 14 balls to huff and puff their way to 7-153.

Chasing 154, West Indies did not even require a significant contribution by Chris Gayle as Dwayne Bravo, continued with his all-round show, backing his four wickets with a calm and collected 66 not out while Lendl Simmons played an audacious knock of 44, to help the Men in Maroon breeze past the target of 154 in 18.4 overs. 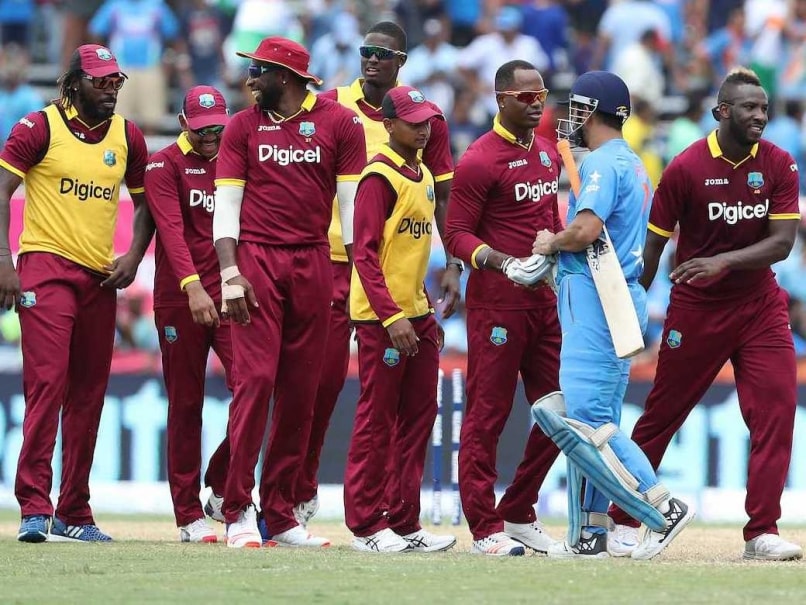 It turned to be a game of small margins; excruciatingly small margins. It could have ended as the greatest T20I ever. T20s would have got its 434-438 moment.

And in the end, it was absolute ecstasy for the West Indies as Dwayne Bravo once again proved to be the nemesis for Team India. On a day where most of the batting records were broken or under threat including Richard Levi's record for the fastest IT20 hundred (off 45 balls) was under threat- twice- first during Evin Lewis' swashbuckling 49-ball 100 and then when KL Rahul was going bonkers during his 51-ball 110, most runs in an over, most boundaries in a team innings, highest T20I score and chase (almost)- the bowling was the story of the day.

After 483 runs had already been scored across 39 overs, Bravo was tasked with defending 8 runs off the last six balls with MS Dhoni and KL Rahul both at the crease. The champion all-rounder made great use of his slower balls and low full-tosses and eventually claimed Dhoni off the final delivery who tried another slower delivery to short third-man, only to see Samuels complete the catch and Bravo take off for his deserved 'champion' dance. 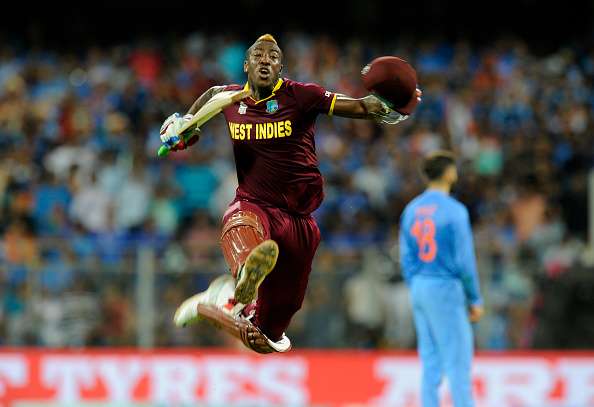 India's 2016 WT20 campaign was all about one man: Virat Kohli. It was he who led them to the semi-final thanks to his match-winning 51-ball-82 against the Australians to knock them out of the competition. Kohli was at it again in front of the boisterous Wankhede crowd after Rahane (40) and Rohit (43) had got the Indians off to a flier.

Kohli amassed a brilliant 47-ball-89 to lead his side to 2-192 in 20 overs. India accounted for Gayle (5) and Samuels (8) early and when Ravi Ashwin had Lendl Simmons caught at third-man, it seemed the game was well and truly into the home team's grasp. The moment of joy soon turned into agony for the Men in Blue as well as their supporters as Ashwin had clearly overstepped the line. Simmons got yet another reprieve when Hardik Pandya had him caught at the extra cover; only to walk back in the anguish of overstepping the line. Simmons made full use of the two chances and compiled a match-winning 51-ball-82 to lead his team into the World Twenty20 Finals, and the anguish on Kohli's face as he fell on his haunches amidst the raucous celebrations by the West Indies told the entire story.

So, Bharat Army members, What are your favorite moments in the T20 history between India and West Indies? Share with us in the comment section.