IND vs AUS- Three questions ahead of India squad selection

With only seven International matches [2 T20Is, 5 ODIs] remaining for Team India ahead of the 2019 World Cup, the upcoming series against Australia will give us a clear picture of the 15-probable that will head to England in May.

The National selectors are set to announce the squad for the T20I and ODI series ahead on February 15th. We, at the Bharat Army, have posted three questions ahead of the team selection tomorrow:-

A direct shoot-out for the 3rd opener slot between Rahane & KL Rahul?

Selector MSK Prasad, in an exclusive interview, a few days back reckoned that Test vice-captain Ajinkya Rahane is in contention for the World Cup squad.

Rahane, who last played an ODI during India's 2018 tour of South Africa, has been in good form in List A cricket, scoring 597 runs in 11 innings at an average of 74.62 including two tons and three half-centuries; two of which came in the three games against England Lions' recently.

Until the England tour last summer, Rahul was India's third opener but with the Karnataka batsman's dip in form, the selectors have been forced to look for other options. With either of the regular openers likely to be rested for the first three ODIs, it might be a case of a direct shoot-out between Rahane and Rahul for the 3rd openers slot.1

A case for Vijay Shankar as a reserve all-rounder to Hardik Pandya? One player who gained a lot of appreciation during the recently concluded New Zealand tour was Vijay Shankar. Shankar made a successful return to the side after the horrors of Nidahas Trophy, played a crucial 64-ball 45 to take India out of tenterhooks in the fifth ODI at Wellington.

MSK Prasad gave his backing to Shankar as the potential second all-rounder, and the Australian series will be a golden opportunity for Shankar to stake his claim in the World Cup squad.

Umesh Yadav back in the fray for the fourth seamer slot; Rishabh Pant in the middle-order? With Mohammad Shami claiming the 'Player of the Series' award in New Zealand, the place for the third seamer spot is sealed. However, if India is to try for an additional seamer, keeping in mind the English conditions, Umesh Yadav might come into the picture after Khaleel Ahmed and Mohammad Siraj failed to impress in Australia and New Zealand. 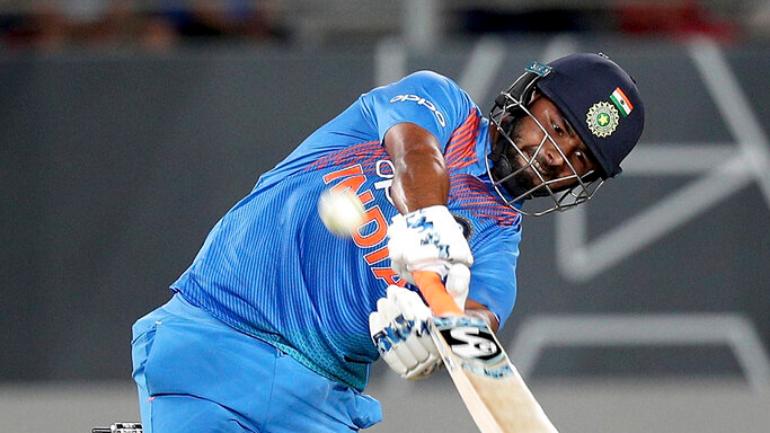 Another player to look forward to in the ODI series will be Test wicket-keeper Rishabh Pant. Pant had a great Test tour to Australia during which he racked up a scintillating 159 at the SCG but was 'rested' for the subsequent limited-overs leg Down Under.

"Undoubtedly he (Pant) is in contention," Prasad said. "A healthy headache. The progression of Rishabh in the last one year is phenomenal across the formats. What we actually felt is he needs a bit of maturity now, gain more experience. That is the reason we have included him in India A series wherever possible." said MSK Prasad.

Earlier, Pant was seen as a back-up wicket-keeper for MS Dhoni, but with Dinesh Karthik settling himself as a finisher, the selectors are thinking of slotting in Pant as a specialist batsman.

"Did you like the above story, please join The Bharat Army for FREE to continue receiving these types of interesting stories and to show your support to Team India. Below is the link to join us"
https://www.bharatarmy.com/Membership/Join