The Rise, Fall and Redemption of Smriti Mandhana

In the World Twenty20 last year, a cricketer wearing the India No.18 jersey took the social media by storm. And, No, it wasn't Virat Kohli. It was the 22-year-old Smriti Mandhana, who in the past two years has emerged as the spearhead of the Indian batting. As Smriti Mandhana turns 23 today, it is not a bad time to look back at what has been a pretty fulfilling journey for the Women southpaw.

So, who was Mandhana's inspiration?

There is a reason why the recently concluded World Cup final has been talked about a lot in the past few days. Apart from the excitement, agony, ecstasy and the controversy that ensued from what was one of the greatest nerve-jangler of all times, the most common narrative around it is how many kids of the next-gen did it inspire to become a Ben Stokes or a Jos Buttler or a Jofra Archer.

Inspiration plays a big part in any kid taking up the sport. It is the will to emulate their role models that inspire the next generation to take up any sport, be it cricket, soccer or tennis. The case of Smriti Mandhana is no different. Like a lot of Indian girls who grew up in the 2000s, her big inspiration growing up was the superstar Mithali Raj.

"I picked up the game because of my brother, but Mithali Raj was a big name by then and everyone wanted to be like her," she says. "I realized her star status when I attended my first senior probables camp. To get a chance to open the batting with her in inter-camp matches was worth so much for a junior like me." Mandhana on Mithali's influence in taking up cricket.

Training in Sangli's only net facility, Mandhana broke into Maharashtra's U-15 squad as a nine-year-old. The year was 2005. The same year where Mithali Raj had led Team India in the finals of the 50-over World Cup. The Men's equivalent to 1983 [barring the title] moment, right? Off-course. Mithali and her side may have fallen at the last hurdle, but little did she knew that she was inspiring a whole host of nine-year-olds, who in a decade or so [2017], would play alongside her a World Cup. Mandhana's dream of batting alongside her idol, Mithali Raj, came true in 2014 when she and Raj led India to their first Test win in eight years in a tense run-chase in Wormsley. But, it was only during the 2017 Womens World Cup when the 23-year-old left-hander shot into fame.

Mandhana struck a match-winning 90 and followed it up with a swashbuckling hundred in the next game. Apart from the runs, what struck everyone was Mandhana's strokeplay and especially her backlift. Some even compared her backlift to Yuvraj Singh. Few likened her comparisons with Sourav Ganguly for her off-side play. A new star had been born. Social media was trending with Mandhana's name. Fans were googling her cricket profile; some [including me] even googled her 'girl next door' images.

The slump in form and fortunes... 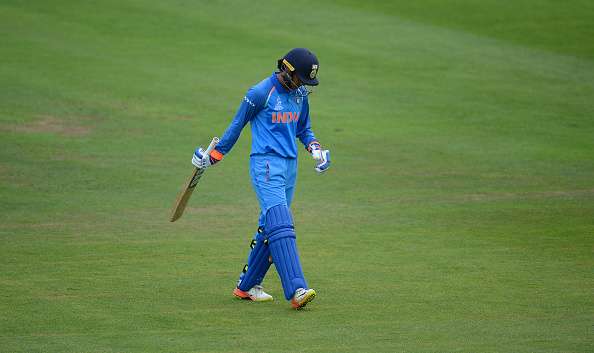 Mandhana had become the talk of social media, Indian cricket, and the whole country, for that matter. But International cricket is brutal. In fact, sport is brutal. It is demanding, unrelenting and super competitive. Oppositions work you out over a period of time and if you just sit back resting on your past laurels, the game can expose you to the hilt. It is exactly what happened with Smriti Mandhana.

Following a 90 and a century, Mandhana's suffered a huge slump in her form. The left-hander could just manage 26 runs in her next seven World Cup innings with the opposition bowlers exposing her inability to work the ball towards mid-on was exposed to the hilt.

Mandhana's resurgence and her redemption 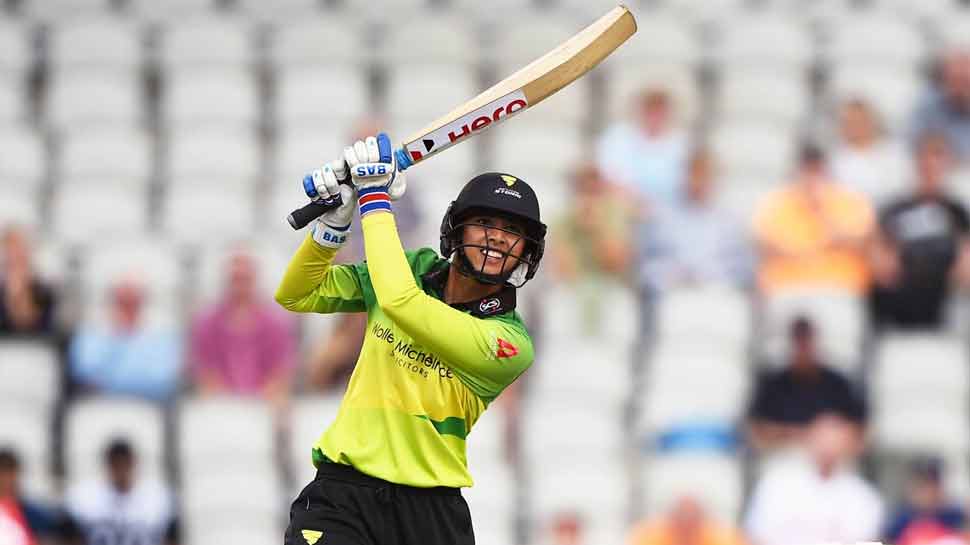 Down in her dumps, Mandhana quickly went to the drawing board once she got back to India. Assisted by her coach, Anant Tambwekar, Smriti made a few technical changes; the most profound of them being her playing with an open stance, that allowed her the freedom to play shots on the leg-side, and what followed was mayhem.

The southpaw, with her new stance, lit up the 2018 Kia Super League, scoring 421 runs at an average of 60.14 and a strike-rate of 174.68 for the Western Storm franchise, paving her sides' way to the finals. Mandhana's strike-rate- 174.68- was the highest for any women cricketer in the KSL or the Women BBL, and couple it with her astounding consistency, the thing was clear; we were in for Mandhana 2.0.

Smriti's consistency and the elegance of her stroke-play, whether it's her inside-out hit over covers, or the pristine cover-drives or square-cuts and not to forget her backlift [That backlift], made the entire world stand up to her amazing talent. Some likened her to Adam Gilchrist, some to Sourav Ganguly and some to Yuvraj Singh. But Mandhana's wasn't looking to become the second someone, she was committed to carving out her own identity, to become the first Mandhana and her performances in the succeeding months ensured it to the hilt.

In a batting order that has been mired by inconsistency, controversies, underperformance, and whatnot, Mandhana has emerged as the bedrock. In the 2018 World Twenty20, the left-hander scored 178 runs across five games and was one of the few Indian batters who looked comfortable on the dual-pace wickets of the Caribbean. Mandhana continued her good form on the tour of New Zealand, leading India to a 2-1 series win in ODIs, scoring 196 runs in 3 ODIs and then followed it up with another impressive show in the T20s- 180 runs at a strike-rate of 146.34.

And, the accolades plus the awards have followed thereafter. And, deservingly so. The No.1 ODI batswoman, Smriti, was conferred with the prestigious Arjuna Award last year besides being named as the ICC Women's ODI and Women's cricketer of the year [2018]. In an age where Mithali Raj and Jhulan Goswami are nearing the end of their respective careers, Women Cricket needs new role models and superstars to inspire the young girls to take up this beautiful sport. And, maybe, Smriti, thanks to her consistency, flamboyance and most importantly her temperament, may have already inspired a whole host to young left-handed girls to take up batting. Long, it may continue. Happy Birthday, Smriti.