Writing a piece on Sachin Tendulkar is always a daunting task. Everything there is to say about the genius of the little man and his wonderful career at the very apex has either already been said or is obvious enough to not need saying out loud.

However, with that being said, there’s always this alluring nostalgia attached to his glorious career that makes you keep coming back to it. It has been years that Sachin hung up his boots from the sport and bid farewell having scored 100 centuries, but the indelible impact he has left is imprinted on the mind of every Indian and every lover of cricket.

In this piece celebrating the greatest to ever hold the willow, we take a look at his greatest ODI innings: 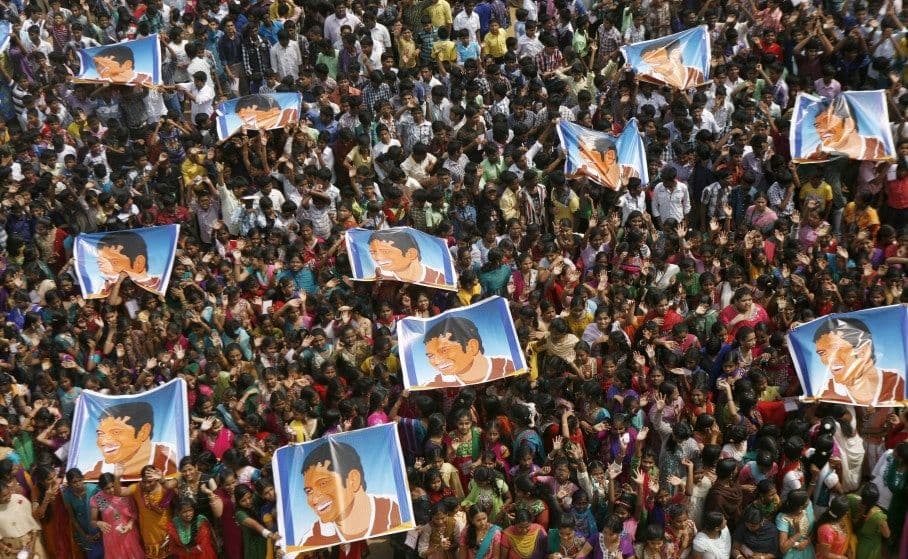 Sachin still remains as popular as ever in India. Image: AP

Tendulkar graced the Christchurch crowd with an exhibition in artistry and batsmanship. The Christchurch boundary was small and the trimmed grass made the outfield lightning quick. Sachin made the best use of it with his drives and flicks punishing Southee and Mills for fun.

The little genius was smart in his shot selection, making a mockery out of even precisely bowled deliveries and his hitting was as clean and immaculate. The Kiwis only got relief when Sachin retired to the pavilion hurt but not without inflicting serious mayhem.

To appreciate this innings, we need to talk about the entire context. It was the World Cup in England. India got off to a disastrous start, losing both their opening games to South Africa and Zimbabwe. Tendulkar missed the game against Zimbabwe because receiving word of his father’s passing away, he had to fly back home. He returned just in time for the game against Namibia.

India was reeling at 90 for 2 when Sachin arrived at the crease at number 4. He scored a quick-fire 140 off 1010 deliveries and made a 237 run stand with Rahul Dravid for the third wicket. Sachin’s innings propelled India to 329 and breathed life into the men in blue’s World Cup campaign as they registered their first victory against Kenya. 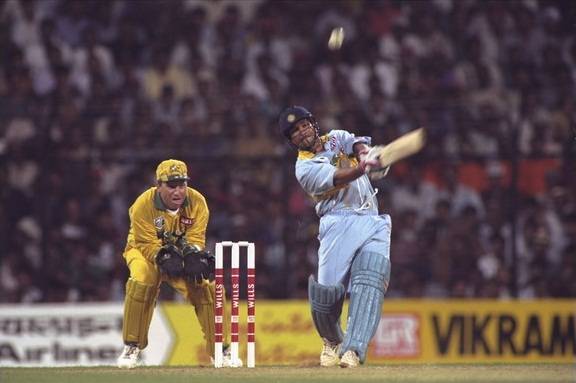 Australia was always one of Sachin's most favorite opponents. Image: AP

In this immemorial innings, Sachin Tendulkar defied the trials and tribulations posed by the cruel nature of time with a bat in his hand. Australia had posted a gargantuan target of 350 for India to chase at Hyderabad on the 5th of November, 2009.

36 years young, calm and poised, Sachin walked to the crease and he stood his ground. With a flick past Hilfenhaus, Sachin had achieved the decoration of being the first and so far only batsman to cross 17,000 runs in ODI cricket. That accolade, however, fuelled him on and instead of resting on his laurels, his bat continued to thunder and his footwork ably supported his arms. The stadium erupted in joy when their little Master Blaster made 45th ODI hundred.

Sachin batted like he was in his zone that night and despite bringing the team so close to a victory, his powers gave way after a magical 175 when he was caught at short fine leg off a slower delivery and a deafening silence fell over the stadium. To this day, Tendulkar acknowledges he would have traded the innings for a victory.

On 24th February 2010, a Sachin Tendulkar that was supposedly at the twilight of his career scaled heights in ODI cricket that was never deemed achievable before. Sachin ended the night with the distinction of being the only man until then to score 200 runs in 50-over cricket.

And while that record has since then been eclipsed by Sehwag, Rohit Sharma, Martin Guptill, Chris Gayle and most recently by Fakhar Zaman, the floodgates were opened in Gwalior with the master Blaster leading the way. 25 fours and three sixes, Tendulkar achieved this magnificent feat by facing just 147 deliveries.

“I thought the way he celebrated when he reached his 200 epitomized the man's persona. There was no running laps around the field, no aggressive gestures, nothing over-the-top. He did what he always does, raised both his arms, closed his eyes for a moment and quietly acknowledged that it had been done.” 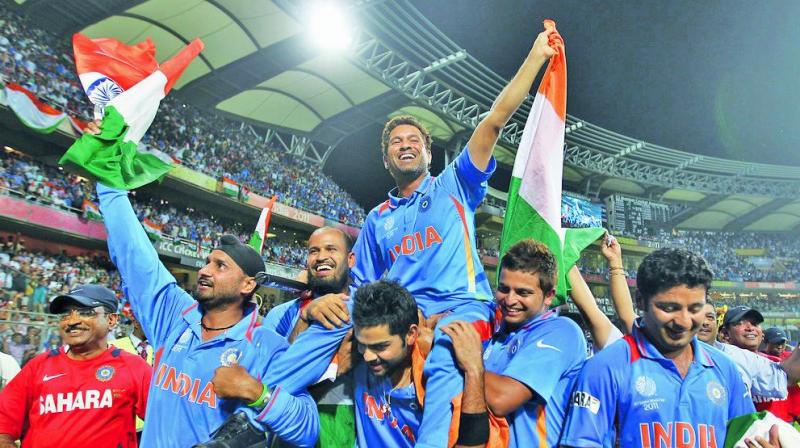 Sachin has been a role model for many generations. Image: Getty

This stunning innings remembered famously as the ‘Desert Strom’ after a sandstorm had hindered play at the Sharjah epitomized the peak of Sachin’s physical prowess when it came to playing marvelous cricket. It was almost as if the Little Genius was born to play the sport and on that dreary, summer day with the Sun breathing down his neck at 42 degrees Celsius and the humidity making his eyesight blurry, nothing could stop Sachin. Not the weather conditions, not the opposition he was up against.

Australia was the number one ranked side in the world and they were a force to be reckoned with. Tendulkar did not even as much as care that he was facing Shane Warne, Damien Fleming and Michael Kasprowicz, he was only concerned with timing his shots. Sachin scored back-to-back hundreds in the Tri-Series which involved New Zealand and Australia and it marked one of the most famous tournament victories in Indian cricket.