Will R.Sharma Finally Ace The Overseas Challenge in Test?

"You can't be as talented as Rohit Sharma and not crack Test cricket….India needs to stick with him!!" --- These words by former England captain Nasser Hussain came at a time when the Test career of Rohit Sharma was at its nadir.

He had struggled on vicious cobras masquerading as Test matches during the 2018 tour of South Africa after another great season with the bat on home soil.

He was then overlooked for the summer tour of England. And, one felt that maybe that's the end of Rohit's Test career. 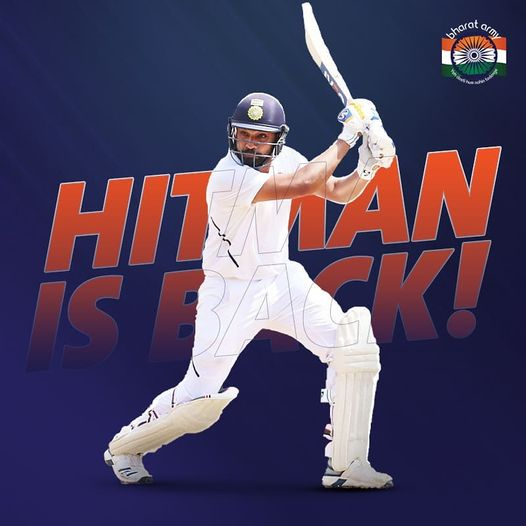 Rohit did return for the Australian tour, once again batting in the middle-order amid suggestions that maybe Virat and the team management should pull off a Dhoni and promote the 'Hitman' to the top of the order in the Test match cricket as one final punt to salvage his career.

Make no mistake about it; there were a lot of people (and rightly so!) who said- "Oh Hang On! Why not give chances to Ranji performers like Abhimanyu Easwaran or Priyank Panchal? What's with this obsession with Rohit?"

So, when Team India finally decided that it was time to promote Rohit Sharma to the top of the order in place of a struggling KL Rahul during the 2019 home season, the decision was met with mixed reactions.

Even after Rohit became the first batter to score hundreds in each innings of a Test in his maiden stint as an opener against the Proteas in Vizag or when he scored a brilliant 212 in Ranchi when India had been reduced to 3/38 on the first morning, there was a sense that 'Yeah, Rohit will once again score on home soil, only to disappoint in SENA' 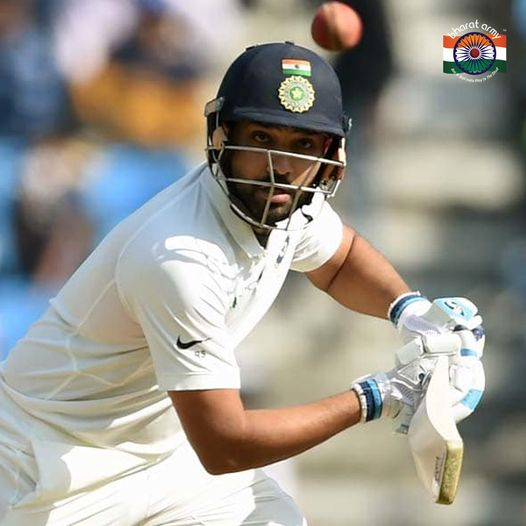 The cynicism was valid though. In whatever opportunities Rohit had got in SENA prior to 2019, he had endured a rather torrid time against the moving ball.

His lack of footwork and the penchant to poke at outside the off-stump has been well documented.

Every time people praised Rohit for his brilliant performances during the 2019 home season, it was followed by a caveat--"Let's see how he fares away from home"

Rohit missed the Test series in New Zealand due to a hamstring injury as well as the first couple of Tests in Australia due to the same.

Cut to the Sydney Test earlier this year and all eyes were on Rohit.

He did not get big scores in each of his four innings in Australia but the opener looked refreshingly calm and composed at the crease.

Rohit managed only one 50+ score in the two Tests in Australia but he batted out more than 15 overs in three out of four innings and ensured that India had some sort of a platform, something they have rarely been blessed with in overseas conditions in the past decade.

But, as they say,  at the end of the day, it is the score against your name which eventually matters. The caveat on Rohit the Test opener remained.

India then hosted England for a four-match Test series and on snake pits masquerading as Test match pitches, Rohit showed his skills to the hilt and ended up being the best batter across the two units.

His 161 on a raging turner in the first innings of the second Test in Chennai proved to be a series-winning knock and it will go down in history as one of the greatest exhibitions of batting in spin-friendly conditions.

Not only the Chennai knock, but Rohit also showed remarkable composure in the pink-ball Test in Ahmedabad where he blunted the new ball threat of James Anderson and Jofra Archer under the lights.

That knock by Rohit was another glaring indication of his improvement as a Test batter.  An improved technique where he has been judicious strides towards the ball and playing a lot closer to the body than before has helped him make better decisions at the crease.

"See it early and play it as late as possible"-- Rohit seems to have nailed this mantra of batting against the moving ball in seaming conditions and we once again saw a pertinent example of it during the recent World Test Championship final against New Zealand.

Rohit scored 34(68) and 22 (53) and once again while he did not get a big score, he ensured that he gave the middle-order a breathing space.

Opening in Test cricket in England has been one of the toughest examinations for a better, especially in the past decade.

In the last Test series in England, Indian openers have managed a 50+ stand on just three occasions across 28 innings.

And, with the conundrum regarding Rohit's opening partner following injuries to Shubman Gill and Mayank Agarawal and poor form of the trio of Pujara-Kohli-Rahane, the stylish Mumbai batter's roles have become even more crucial.

He is the only Indian batter after Ravindra Jadeja to average 50+ in Test cricket since 2018; he averaged 60+ in the World Test Championship and was one of India's most impactful players but can he score those big tons in obscure conditions?

Different formats of course, but eight years ago, it was in England that Rohit established himself as a white-ball opener.

8 years on, can the champion white ball batter carve out a new image for himself as a Test opener and shrug off his detectors once and for all?

That, for me, will decide the fate of the Pataudi Trophy.