Ravishankar Jayadritha Shastri is one of the most well-known Indian cricket figures for close to 40 years. Since his debut in 1981, he has been part of the cricketing world as a player, commentator and currently as the head coach of the Indian cricket team.

During his playing days, he had many detractors for his slow batting styles but no one could ignore his performance and the way he used to provide value as an all-rounder by batting in various positions as per team’s requirement and with his tight bowling. The story is the same for his coaching period also.

There are people who do not think him as an ideal match for this job but now with the Test and One Day series win in Australia, Shastri has the numbers to back him up as India’s one of the most successful coaches. Incidentally, Shastri always has had a connection with Australia as some of his memorable performances came during India’s tours Down Under. 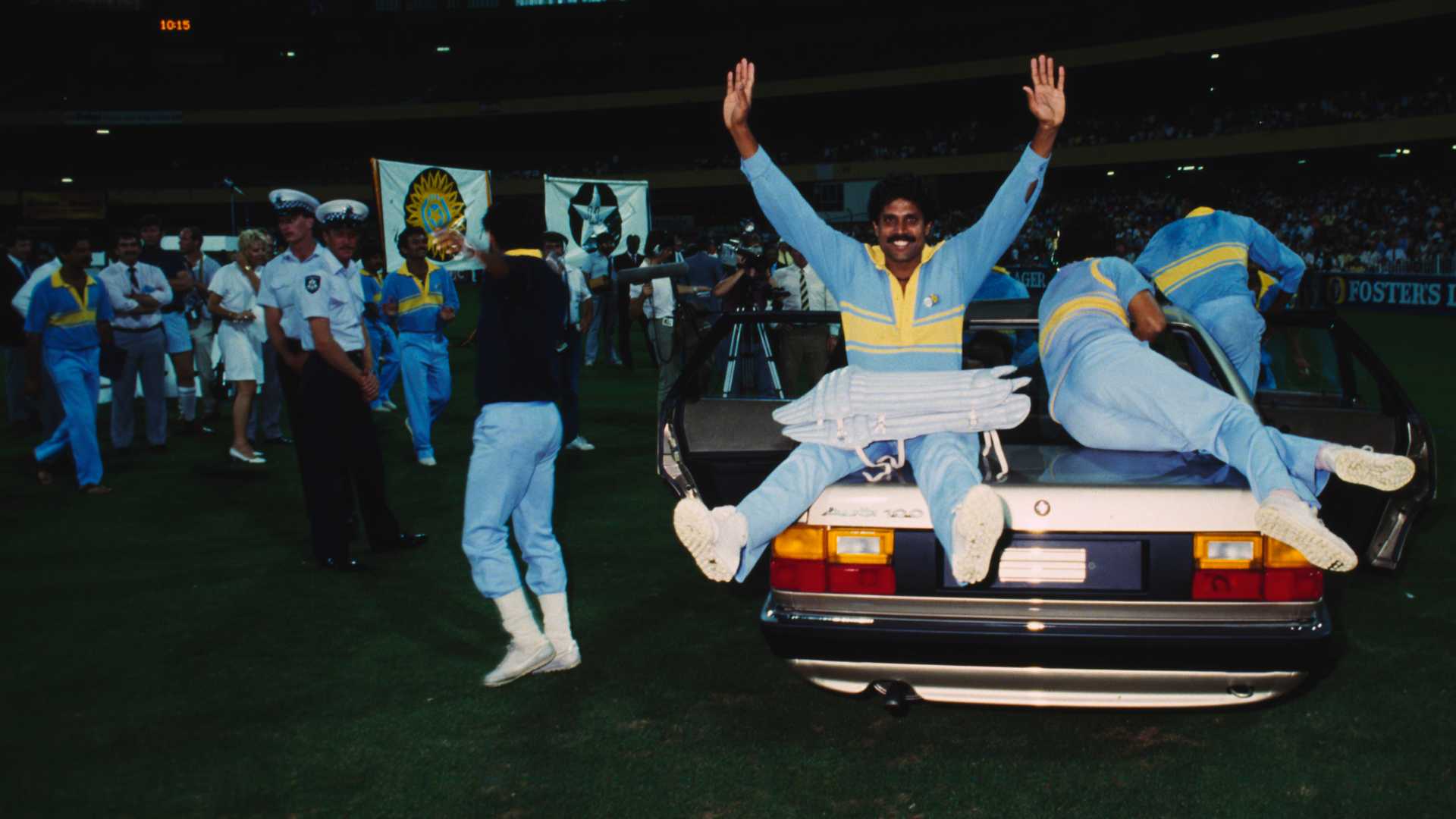 World Championship of Cricket was contested in Australia in 1985 among the seven Test-playing nations divided into two groups. Australia, England, India, and Pakistan were in Group A and West Indies, New Zealand, and Sri Lanka was in Group B with the top two from each group proceeding to the Semi-Finals. West Indies were undoubtedly the most favorite as they had only lost five ODIs out of the 38 ODIs they had played since their shocking defeat in 1983 World Cup final.

On the other hand, World Cup champion India was not taken seriously as to the cricketing nation, India won the World Cup by fluke. India comfortably won their first encounter with Pakistan by six wickets to begin the series. Although Ravi Shastri contributed just two runs, Indian skipper didn’t lose faith in him.

By then Shastri’s all-round talent was clearly visible. In the next group match against England, Shastri again failed as a batsman but delivered as a bowler. He took three vital England wickets and India won the match by 86 runs. Indians were set to shut all the critics and establish themselves as deserving world champion.

India’s next match was against the host and mighty Australians were quickly sent back to the pavilion for just 163 runs. Then Ravi Shastri, the all-rounder was on the show! Shastri bowled supremely to give just 34 runs in his 10 overs spell and took one major wicket of Simon O'Donnell's. He opened Indian innings with Srikanth and scored a patient 51 off 95. India moved to Semi-Final to face New Zealand as the favorites.

New Zealand was bundled out for 206, thanks to the tight bowling of Indian bowlers. Shastri produced an outstanding spell and took three wickets for 31 runs in 10 overs. During Indian innings once again Shastri was unmovable. Although India lost Srikanth quickly Shastri was there standing as the anchor leading the way to victory. He scored 53 off 84 and India moved into the final by winning the match by seven wickets.

India faced the arch-rival Pakistan in the final. Shastri could not contribute much with the ball and picked up just one wicket but with the bat, he led from the front and scored unbeaten 63 to win the match. India won the final by eight wickets and lifted the Benson & Hedges Cup. Ravi Shastri with 182 runs and eight wickets in the tournament was declared the Champion of Champions and was presented with an Audi car. It was India’s second global tournament win after ’83 World Cup. They won all the five matches and out of the five, only once opponent could score above 200, with bowlers taking 49 wickets in the tournament of possible 50. 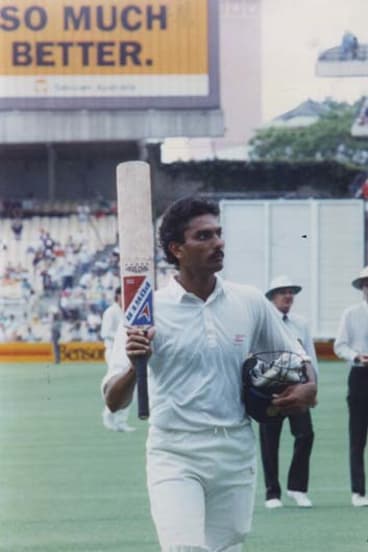 During India’s tour to Australia in 1991-92, India were already 2-0 down and almost waiting for another loss in Sydney. Australia bowled out for 313 and India were soon 7-1. It was the debut test match of Shane Warne. Shastri stood still with no intention of losing his wicket. He kept scoring runs while India kept losing wickets in regular intervals. Then he was joined by Sachin Tendulkar and together they made it even worse for Shane Warne and Company. Shastri made his career-best 206 off 477 balls.

It was the highest individual test score by any Indian down under till one morning in December 2003 (Rahul Dravid, 233 in Adelaide). Ravi Shastri took 4 wickets (25-8-45-4) in the second innings of Australia and helped India to draw the match. India lost the five test match series 4-0 and the Sydney test was the only drawn test match, and huge credit should go to Ravi Shastri’s astounding performance.

During the same tour, India and Australia were involved in a tri-series with the West Indies. In the second match, Shastri opened Indian innings and did nothing significant with the bat. Srikkanth scored 60 off 60 and helped India to put 208 on board with decent contributions from Sachin Tendulkar, Amre and Kapil Dev.

After the early blow from Kapil Dev and Prabhakar, Subrata Banerjee and Srinath also did their part to send Australians quickly back to the pavilion. But it was Ravi Shastri who once again produced an extraordinary spell against the yellow brigade.

He took five wickets for just 15 runs. His bowling figure of 6.5-1-15-5 was the best bowling by a spinner down under till Chahal took six wickets in the last match between India and Australia. Not to forget that Yuzvendra Chahal achieved this feat under the coaching of Ravi Shastri.

Shastri was handling the team director responsibility for quite some time and was officially designated as head coach of India from July 2017. His early assignment was to face Sri Lanka in six back to back test matches in home and away. His first test series in charge gave India their first 3-0 whitewash away from home. 2018 brought mixed results as India found limited over success, most notably in South Africa, the Asia Cup and Nidahas Trophy in Sri Lanka. However, India lost test series in both South Africa and England and Shastri’s claim of the current Indian team as a better traveler than all past teams sounded hollow.

As fate would have it for Shastri, the glory was waiting in Australia. A wonderful bowling unit and a determined batting line up guided by the gritty Cheteshwar Pujara gave India their first test series win in Australian shores.

This was actually the first test series win for any Asian team in Australia. India also finished the One Day series victorious, and it was one of the rare occasions for a visiting team to return from Australia winning both Test and ODI series. Shastri along with the batting coach Sanjay Bangar and bowling coach Bharat Arun deserves lots of credit for this success. They are the brain behind Kohli’s aggressive style of captaincy.

History suggests that Shastri has a strong connection with Australia and come July he would love to win the World Cup for India as a coach probably beating Australia in the final. Till then let’s keep our fingers crossed. 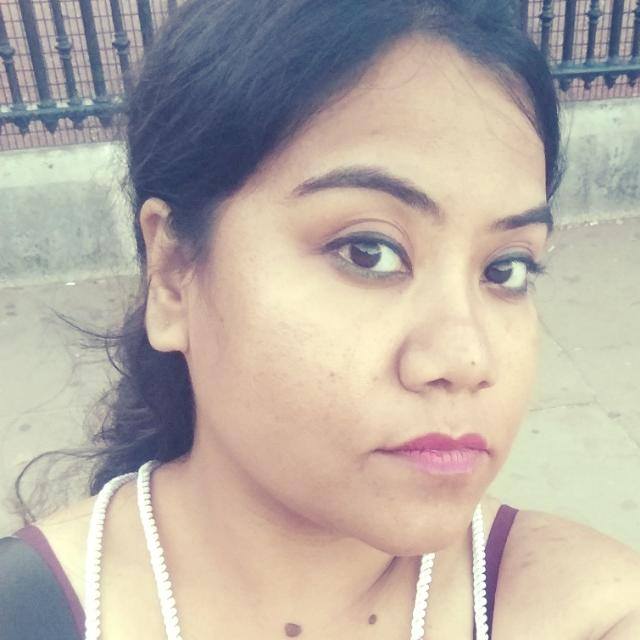