The final encounter of India’s premier domestic competition is set to commence from March 9, 2020, in Rajkot. The match would be played between Saurashtra and Bengal, teams that would be led by Jaydev Unadkat and Abhimanyu Easwaran respectively. Before looking forward to that game, we will look back at the two semifinals that ensued before us a couple of days ago. 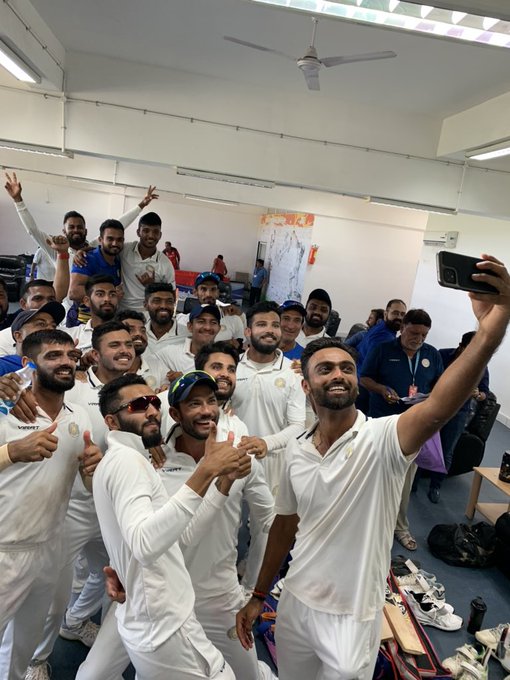 Saurashtra was led by an inspiring performance from their captain, Unadkat, in the second innings. Parthiv Patel and Chirag Gandhi had struck a fruitful partnership of 158 runs for the sixth wicket as they inched their team closer to the majestic target set in front of them. However, Saurashtra’s left-armed pacer scalped two dismissals in consecutive deliveries to further strengthen his side’s hold over the proceedings.

Sheldon Jackson, Rujul Bhatt and Chintan Gaja were the other top performers from this game. Whilst Jackson notched a century in the first innings, Gaja set the tone with a brilliant seven-wicket haul to help put a formidable total in front of Gujarat. At one point in time, Parthiv looked well on course to replicate his heroics from the Ranji Trophy finale of the 2016/17 campaign but Unadkat’s sheer perseverance and discipline with his bowling approach meant that the bowler was aptly rewarded for his efforts going ahead. 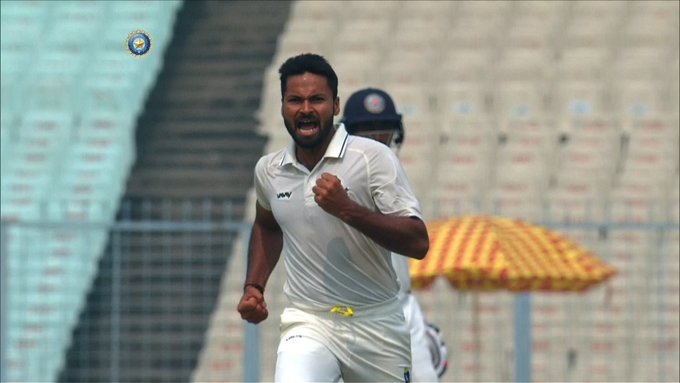 Mukesh Kumar was on fire against Karnataka in the semifinals. Image: BCCI

Anustup Majumdar played an excellent and vital knock of 149 runs in the first innings for Bengal after their top-order failed miserably despite getting to bat first in this all-important clash.

Abhimanyu Mithun had created inroads with his wickets early on but Karnataka failed to capitalize on that advantage and allowed the opposition to slide away from a spot of bother. Akash Deep and Shahbaz Ahmad had handy outings that helped to pile up the pressure on Karnataka as a lower-middle order effort that refuses to give in to the pressure exerted by the bowling side tends to act as a psychological disadvantage for the latter too.

One of the major reasons behind Karnataka’s disappointing batting performances were the meek surrender from their senior batsmen. Except Devdutt Padikkal’s valiant innings of 62 runs in the fourth innings, none of the high-profile batsmen from the team down south managed to bail their team out of difficult situations.

Ishan Porel took a five-wicket haul in the first innings and then followed it up with two scalps more in the second one, including the prized dismissal of KL Rahul. Mukesh Kumar was the star with the ball in the final essay of the game as he bagged six wickets and helped Bengal hand a massive 174 run-defeat to the pre-match favorites. 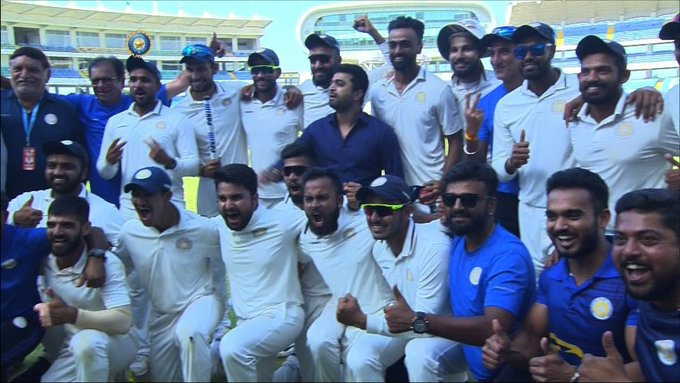 Saurashtra would be determined to cross over the finishing mark after a narrow defeat in the final against Vidarbha last season. Jaydev Unadkat has had a stellar season with the ball so far and he is in the touch to carry that on to the most important game of this tournament.

It remains to be seen whether stalwarts such as Cheteshwar Pujara and Ravindra Jadeja join the team ahead of the match.

Their inclusion could significantly tilt the chances in Unadkat’s team’s favor as both these men have been consistently lethal and delivered solid performances whenever the duo has represented their stateside in the Ranji Trophy. Saurashtra finished in the fourth spot in the Elite Group A and B with 31 points and have lost only a single encounter thus far in this edition of the Ranji Trophy. 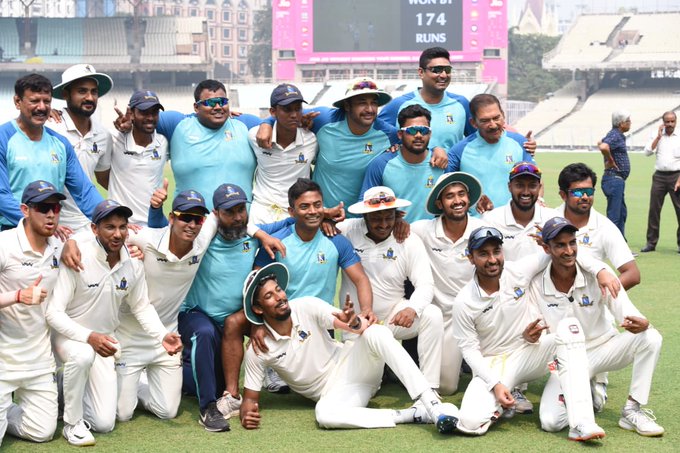 Bengal has made it to Ranji final for the first time since 2007. Image: BCCI

Bengal concluded their run in the league stages as they sealed the second spot, having won five of their eight matches there. They have been extremely proficient with convincing performances from the likes of Ishan Porel, Manoj Tiwari and Abhimanyu Easwaran earlier in the season. Tiwary has taken on the mantle to lead the middle order and also has a triple-century to show for his performances this season.

The way they ruthlessly rolled over an extremely strong Karnataka unit in the semifinals shows volumes of the kind of effort that has gradually gone behind making this team a cohesive unit, and one of the best in the country’s vast domestic circuit. If Mohammed Shami and Wriddhiman Saha make it to the playing XI subject to their availability for the final, it would be a huge boost to the team in terms of countering the challenge that could be put forth by Jadeja and Pujara’s inclusion by the other team.

Players to watch out for: 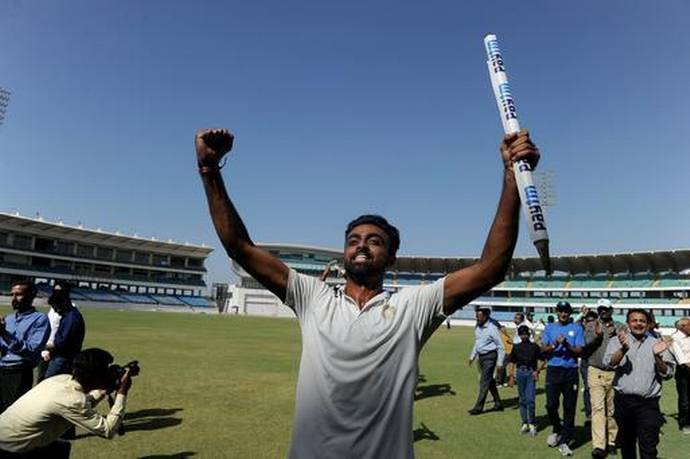 Unadkat has 65 names to his name this season. Image: Sportstar

The finals will be played in Rajkot, a track that is not known to be conducive to pacers in general. However, with 65 wickets to his name this season, including seven five wicket-hauls, it is certain to state that the man is in a sublime run of form currently.

He is nipping dismissals whenever required whilst leading the team from the front. The 28-year-old has ample experience of playing in the dead flat batting track that would be in offer for the upcoming match and hence could very well turn out to be integral in terms of chipping wickets and devising strategies to down the Bengal batting lineup. Despite having had a prolific run until now, a special performance in the finals is what would make the entire Ranji Trophy campaign completely successful for the southpaw. 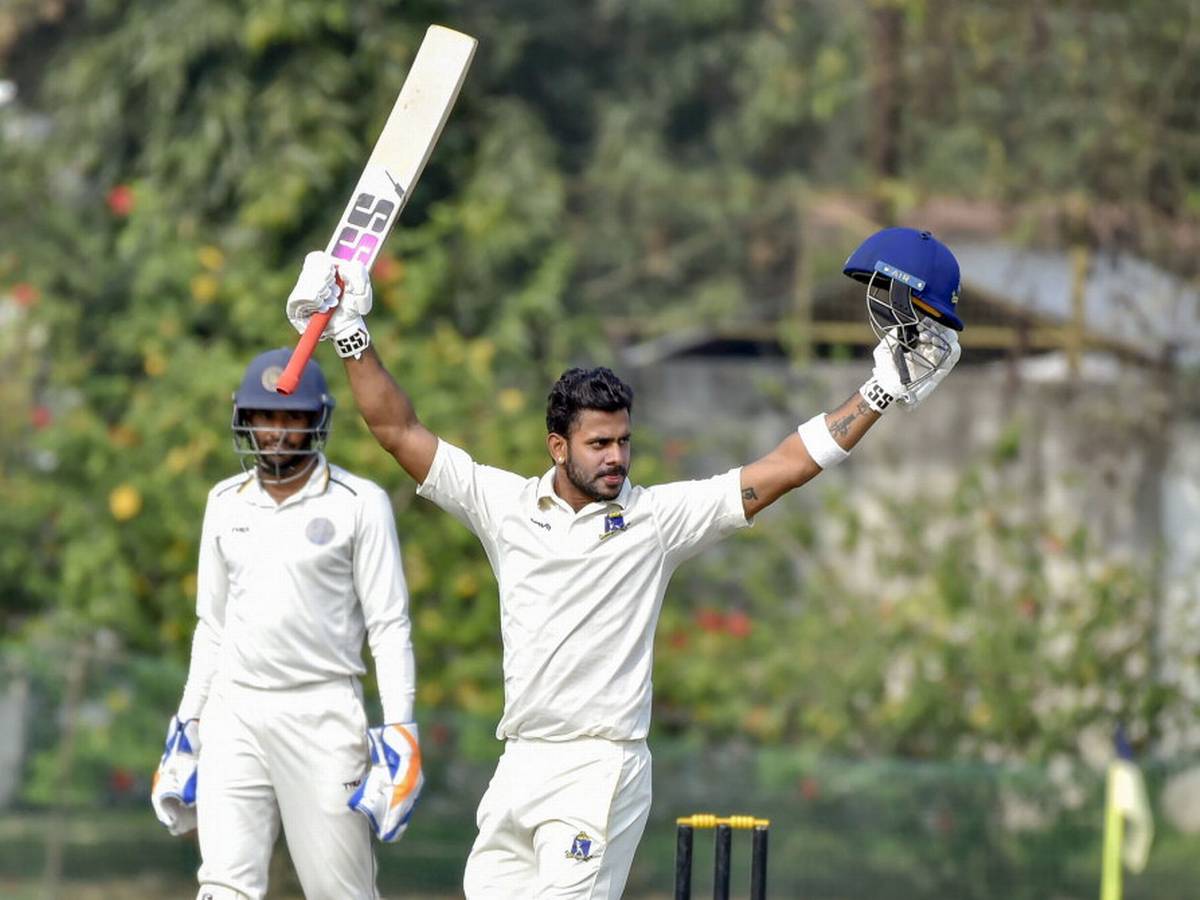 Manoj will need to deliver his best to win Bengal the Ranji trophy. Image: Sportstar

The most experienced players are expected to upstage their performances in matches like these. Manoj Tiwari for long has been a persistently successful batsman for Bengal. This time around though, he would be banked upon to single-handedly guide the middle-order with his brisk batting approach.

Tiwari is at comfort against both the pacers and the spinners and has shown that he still has it in him to get the big scores from time to time. In a match that could be decided by who bats the other team out of the contest, Tiwari would have to regain all that perseverance, concentration and endurance to get a big score next to his name and play a key role in aiding Bengal clinch the Ranji Trophy after nearly three decades.

The match will begin from the 9th of March in the Saurashtra Cricket Association Stadium in Rajkot from 9:30 AM. It would be broadcasted live on the Star Sports Network and other streaming platforms such as JioTV and Hotstar.