Team India led by Virat Kohli will march on to the ODI series after completing a whitewash over New Zealand in the five-match long T20I contest that concluded a few days ago.

There are plenty of positives that the Indians can derive from the T20I series, certainly the fact that they commenced an all-important tour to a challenging country on an extremely overwhelming note. Now, coming onto the ODIs, here we analyze the intricate facets that could determine the outcome of this series:

Most important talking point for India:

How do the two new openers shape up? 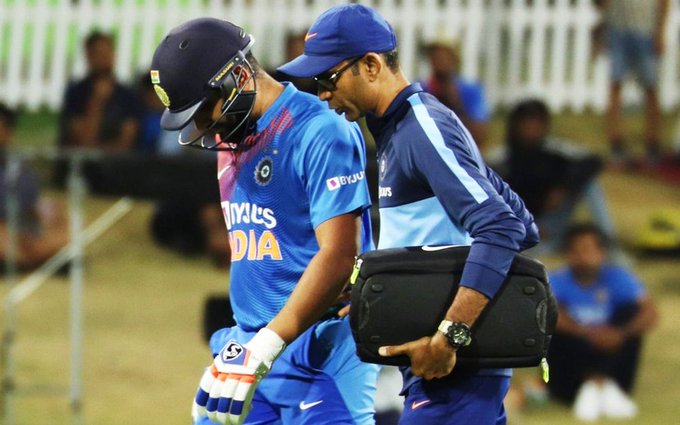 Rohit Sharma has been ruled out of the entire New Zealand series. Image: BCCI

Rohit Sharma has been pulled out of the rest of the tour due to the calf injury that he picked up in the final T20I. Accordingly, Mayank Agarwal and Prithvi Shaw are expected to open the batting in the first ODI and hopefully throughout the course of the ODI series too. Both Agarwal and Shaw, are incredibly talented batsmen and their naturally attacking style of play gauges well with the demands of the ODI format. They prefer taking on the bowlers from the early stages of the innings, deal with boundaries on a regular basis and are a lethal force to reckon with whenever the spinners are brought into action.

It is a brilliant opportunity for both of them to make a strong case for themselves and also for the Indian team to demonstrate how immensely well-equipped is their bench strength considering neither of the top three openers as in Rohit Sharma, KL Rahul and Shikhar Dhawan will occupy the top two spots in the playing XI. Their potential success in the upcoming series would make up for excellent viewing of the plethora of batting riches emerging from this country currently.

Key players to watch out for:

KL Rahul has been in a sublime form in the past few months, slotting seamlessly into any given position and plundering runs in abundance with sheer class and elegance that is so typical of him. After having successfully opened the batting throughout the T20I series, he would be shifted to the number five position in ODIs where he would have to don a completely different role for the team.

If Rahul’s innings at Rajkot against Australia was anything to go by, it surely suggests that the man is in such kind of a purple patch that he would very conveniently adjust and carry out any task that is asked of him. Additionally, the 27-year-old would be doing wicket-keeping as well and it would be interesting to observe how he manages to deal with the physical strain that comes with that challenge especially in ODI cricket as the span of time would be considerably longer when compared to T20s where Rahul has majorly kept at least in international cricket so far.

One must not forget that Mayank Agarwal was one of the replacements that the team management called for once Vijay Shankar was ruled out of the World Cup back in late June last year. Though Agarwal didn’t attain an opportunity to feature in that the tournament, this three-match series throws up an excellent chance for him to demonstrate his mettle and solidify his position in white-ball cricket too. The Karnataka-based batsman boasts of an average of 50.1 and a strike rate of 101.2 in his List A career so far and could most definitely capitalize upon the shorter boundaries that would be prevalent during this series against the Kiwis. 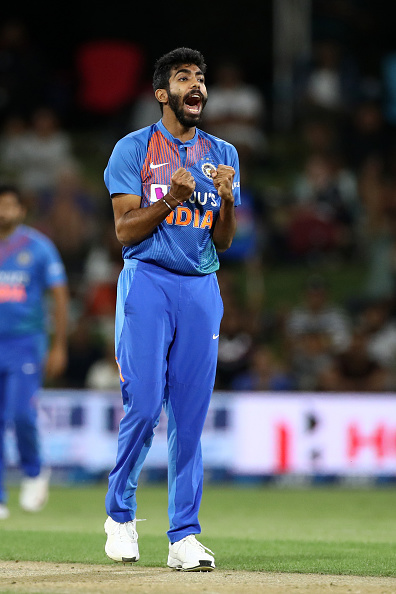 This will be a key series for Jasprit Bumrah. Image: BCCI

It’s not often that Jasprit Bumrah has off-days, but he surely encountered a few of them when he arguably struggled to correct his rhythm in the T20Is. However, as he settled into the groove, Bumrah was back at his ferocious best towards the fag end of the season and clear evidence of the same was when he bowled those fuller-length deliveries into the blockhole at will on numerous occasions.

It usually takes any pacer some time to recover after a lengthy injury-layoff and Bumrah is not averse to that process. However, the ODI series will be an even sterner test as the physical demands that would be put in front of him would have to be tackled accordingly. As the lead bowler, he will have to assume to wicket-taking responsibility soon enough too and hence merely observing how Bumrah goes about his business in the upcoming ODIs would be a firmer prototype of what one must expect of him in the Test series that would conclude this tourney too.

Interesting stats to look forward to in this series:

1: Merely 208 runs behind the 12000 runs mark, Virat Kohli could enter that elite club in the upcoming three matches.

2: The first ODI could mark one of the few occasions when both the openers of the Indian team could end up making their debuts in the very same match!

The three ODIs will be played on the 5th, 8th and the 11th of February with all of them commencing at 7:30 AM IST.