The Indian team responded to a fight from the West Indies with a similarly fascinating approach as the duo of Virat Kohli and KL Rahul ensured that India chased down a total of 208 runs with utmost entertainment and utterly pompous mood with the captain paving the way and then rollicking over it in some stunning style, whilst successfully signing off a trademark chase.

Going ahead in this report, we review the match in further details:

Story of the Match 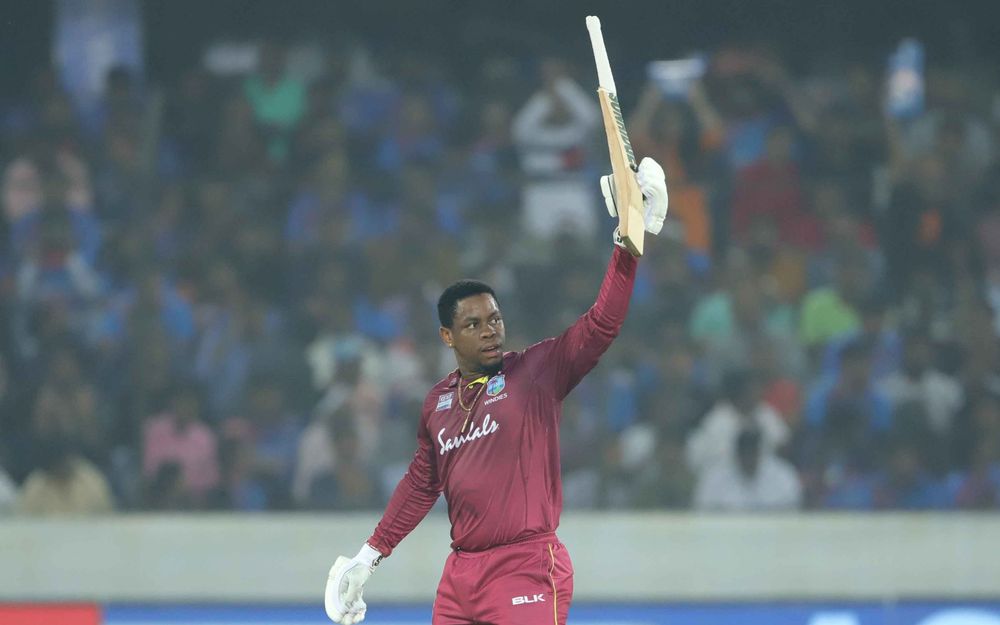 The West Indies batting took the bowlers to the cleaners. Image: BCCI

Quite different from the pre-match expectations, the men from Caribbean were quite good in the entirety of their first innings as some brilliant hitting towards the second phase of the innings meant that the score skyrocketed above 200 and thus posing a relishing challenge in front of the home team. Evin Lewis commenced the proceedings brilliantly as he scored 40 runs off 17 deliveries but it was Shimron Hetmyer who assumed a more responsible role in the later stages of the innings to ensure that his side managed to steer towards without declining the scoring rate.

Kieron Pollard went into a rampage later on with four sixes in his knock of 37 runs whereas Jason Holder added the finishing touches in his 24 runs that comprised of two maximums too. Washtington Sundar and Deepak Chahar were taken to the cleaners as the latter conceded a mammoth 56 runs in his quota of four overs. The Indians were sloppy in their catching as well and many pointed that out as one of the decisive factors that allowed the Windies to elongate the total to such an extent. Irrespective of that, it required a special effort from the Indians to get past the 207-run-mark that West Indies had set earlier on… 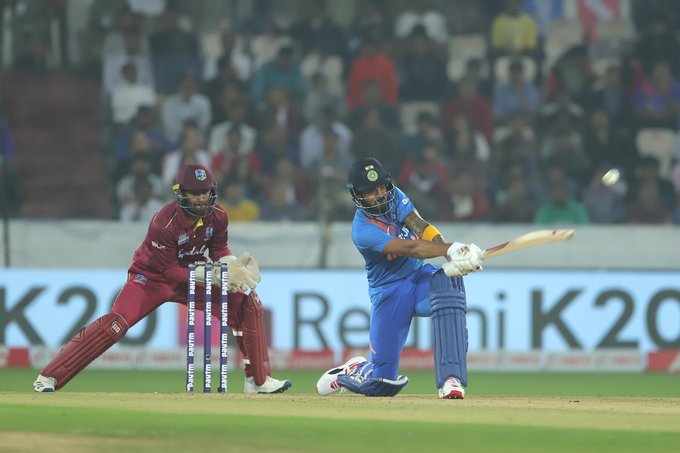 KL Rahul set up a strong base for Team India to build on. Image: BCCI

The Indian innings started off with plenty of intent on display by KL Rahul, as he scored three boundaries in Jason Holder’s first over of the match. It would have been a much more convenient of a cruise if Rohit Sharma managed to stay on the crease for long but Khary Pierre got the better off him pretty early onto the game. From thereon, we witnessed a very strange passage of play where Virat Kohli of all people was unable to time the ball to perfection during his time on the crease. Most of his shots seemed to be a tad bit too over-anticipated, and hence the sheer exquisiteness with which he kisses the ball with his willow was missing for quite some time in tonight’s chase.

In fact, at one point in time he had scored 20 runs off 20 deliveries and though that’s not a scoring rate to absolutely go berserk and frown upon; most of the runs that came off his blade seemed to be a bit too forced. KL looked to take the mantle upon him and his innings of 62 runs from 40 deliveries was one of the major highlights of the game as whenever the required run rate steeped up to an extent, KL managed to keep it under control through his vast range of shots that were on display in abundance tonight. Virat got into the groove really well after KL’s dismissal as runs flew effortlessly thereafter amid the jubilation from the crowd and the theatrics that he was involved in on the field including an imitation of Chadwick Walton’s celebration after having smoked him for a massive six just in the prior delivery. Rishabh Pant contributed with two sixes and it was a delightful watch for the Indian fans once Virat started pulling the strings and mastered over the proceedings just like Virat does always. 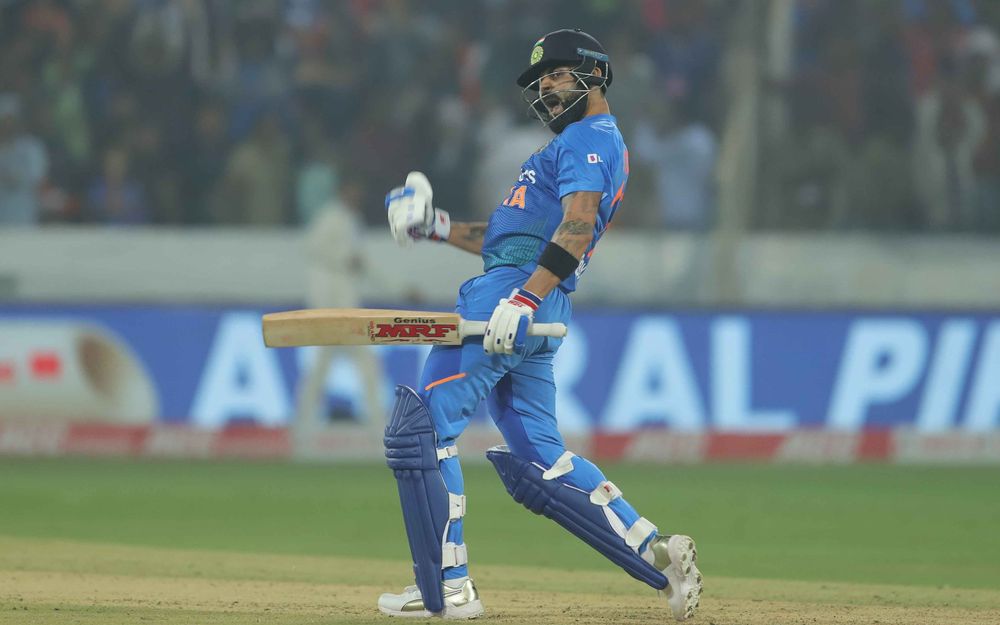 Kohli put on a clinical masterclass to give Team India a fantastic victory. Image: BCCI

Who else, but the captain himself?

Virat seemed to be terribly out of touch for the first half of his innings. He was, I dare say, trying too hard and was able to extract too little for his efforts. However, he is not averse to remarkable turnarounds and after having gotten into a fight of sorts, or a misunderstanding, a mishap; whatever you would like to call it, he charged up. It is really difficult to stop Virat Kohli’s batting phenomena when he is in complete momentum. And a charged up Kohli is even more difficult to even pause for a bit. He went absolutely hysterical in his approach, clearing boundaries for fun, twisting his strong wrists to loft those balls amongst the crowd, celebrating outwardly, pumping up his teammates after every ball and finally patting his own back after punching the final blow of the innings. He is a different breed altogether, and an extravagantly special one too.

Stats of the Match:

1: This is India’s highest ever run-chase in the history of T20Is. The previous highest was 207 against Sri Lanka in Mohali back in 2009.

2: With 12 of them to his name, Virat Kohli is now the player to have won the most number of Man of the Match awards in T20Is.

The second T20I between India and West Indies will be played on the 8th of December in the Greenfield International Stadium, Kerala.