India commenced their long-standing home season in a fantastic way as they rolled over the South African side amidst some resolve from the visiting Proteas in their first innings. The Indian victory was graced by centuries from Rohit Sharma in both innings combined with excellent bowling performances by the likes of Ravichandran Ashwin, Mohammed Shami and Ravindra Jadeja spanning the course of two innings. Going ahead, we will analyze the intricacies of this particular match.

The Indian top-order flourished with the newfound partnership of Rohit Sharma and Mayank Agarwal making the South African attack toil hard throughout the course of the first innings. The opening partnership lasted for 317 runs, with Sharma finally departing for an excellently constructed knock of 176 runs. However, Mayank continued well enough. He decimated the spinners and played the pacers to the merit. More importantly, Agarwal had started off a bit slow and had fallen behind with respect to Rohit. However, after the latter’s dismissal, he stepped up the gear and went for the big shots before finally giving away his wicket to a dolly from Dean Elgar. None of the other Indian batsmen were able to rack up runs but the Indians finally declared for 502 runs. 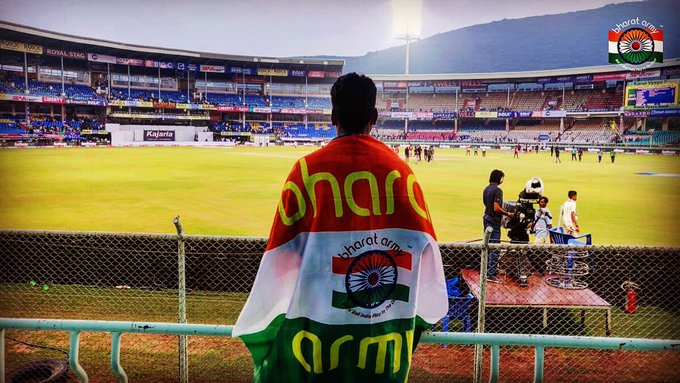 The Bharat Army present at the Test match in Vizag.

The South Africans played well right from the start, despite Ravichandran Ashwin toying with them in the initial phase. In his typical gritty way, Elgar stuck through the difficult waves and played out immense bouts of pressure exerted upon him by the Indian spinners. He, firstly along with Faf du Plessis formed a wonderful partnership that stabilized their innings from a position of bother. After that, Quinton de Kock joined the man and both of them continued to deepen the Indian woes with some brilliant display of batting, tackling the slower bowlers and then capitalizing on the pacers to a very high extent. At one point, it actually looked like the Indians would forego their lead but then Ashwin struck back in style, claiming his 28th five-wicket haul and eventually dismissing seven Proteas in the innings.

Later on, the Indians walked out with a valuable lead of 71 runs and Rohit went berserk from the very start, smoking seven sixes and accelerating the scoring rate at every juncture to maintain a high run-rate so that the Indians could declare with some valuable lead and time in hand to bowl out the Proteas. Rohit again scored a century, overall 124 runs, whilst he was well supported by stalwart Cheteshwar Pujara as the latter bagged up 81 runs and the Indians steered their way to a valuable total of 323 runs, that set the visitors a target of 395 runs in the end. 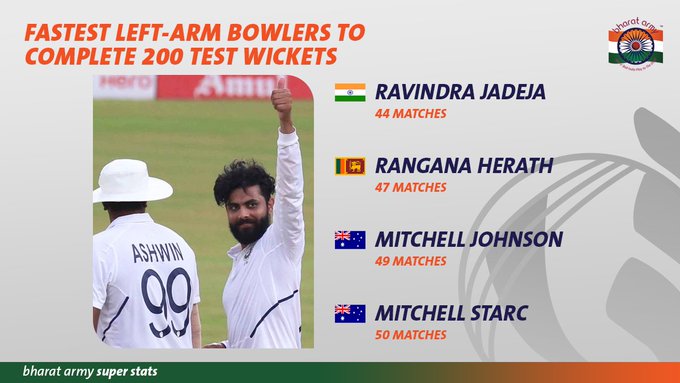 The second innings was completely defined by Mohammed Shami’s belligerence and Ravindra Jadeja’s travails with the ball. To defy another strong fight from the visitors, Ashwin firstly ensured that Dean Elgar was sent packing in the fag end of day four itself. However, Shami’s excellent display of seam bowling at a very high pace completely annihilated the South African middle order. Faf du Plessis’ stumps were left rolling with the nuke bit of swing that Shami attained, and he continued to rack them up until India’s grip over the game further strengthened. Jadeja neutralized the fight shown up by their lower-middle order, as he utilized the rough marks created through the pacers’ footmarks to get one over their southpaws in the batting lineup.

Despite some tenacity from Senuran Muthuswamy and Dane Piedt towards the end  of the innings, the Proteas totaled up only 191 runs.

Player of the Match

There are various contenders for this spot, but given the amount of limelight that was asserted on Rohit in the buildup to this match, his performance has for once and all at least bogged down the critics who question his abilities in the longest format of the game. He started off a bit cautiously, but once in the groove, Rohit counter-attacked to perfection as his knock of 176 and 124 helped the Indians attain challenging totals in both innings. More importantly, his knock in the second innings was perfectly based on the demands of the situation as he racked up his knock at a strike rate of 85.23. for the further time being, one can rest assured of the fact that Rohit will continue to open the batting in Tests for quite some time now.

Moment of the Match 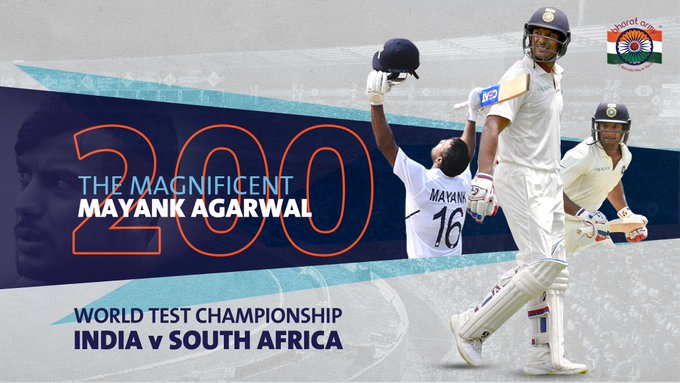 Mayank Agarwal scored a brilliant double-hundred in the first innings.

Mayank Agarwal has reached the pinnacle the hard way, battling it out in the gruesome conditions of domestic cricket for years before the selectors took notice of his insurmountable talent and persistence. Eventually, when he received an opportunity, he made the spot his own with three brilliant half-centuries in his first four tests. However, as the big three figure mark eluded him, Mayank decided  to bring up the landmark in some style as continued to play on even after the 100th run with the same amount of focus and diligence. Finally, his 200th run has to be the moment of the match, as it signified the splendidly created structure of the Indian domestic circuit and the sort of talent and class that it continues to churn out on a regular basis. It has to be a memorable Test match for him personally, and the fans that he has attained through his incredible batting class in the last ten months.

Stats of the Match 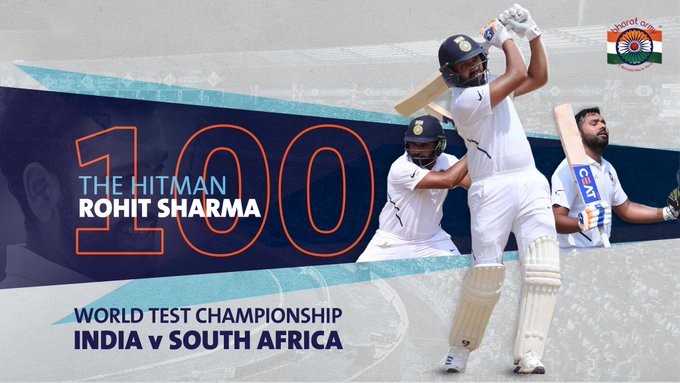 Rohit Sharma scored centuries in both the innings of the match.

Never in his 137 previous innings in first-class cricket was he out stumped once. 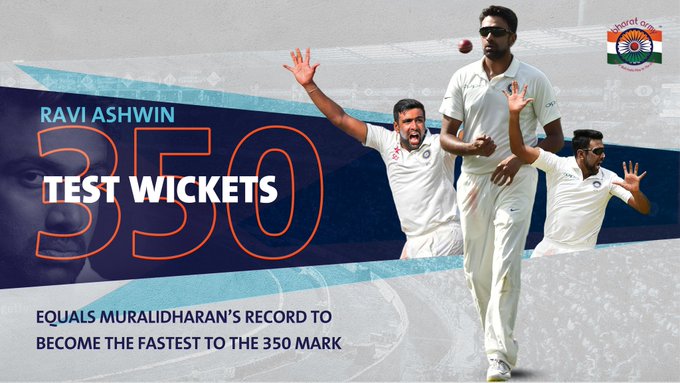 Most importantly though, rightfully defining the class and prominence in international cricket, Ravichandran Ashwin became the joint-fastest bowler to notch 350 wickets in the longest version of the game. Both him and Muttiah Muralitharan reached this feat in 66 Test matches.

What's next for India?

India takes on South Africa in the second Test match of the series in Ranchi from 10th October.