After a T20I series that was firstly marred with rains and then leveled 1-1 between both sides, India and South Africa will again lock horns in a three-match Test series starting from the 2nd of October at Visakhapatnam. Test matches in recent times have gotten the much-needed larger context of the World Test Championship, of which, this particular series will be a part of as well. Faf du Plessis will return to lead the Proteas after Quinton de Kock walked out as their captain in the T20I series. They played in a practice game against the Board President’s XI, which ended in a draw after both the teams played out an innings each.

Recent form of both teams and the key players:

The Indian Test side-notched 120 points in the WTC with their successive victories in the West Indies. Hanuma Vihari was the notable find from that particular series, as his century had bogged down India’s long-term search for a suitable number six in the whites. West Indies were lambasted by the sheer brilliance of the Indian bowling attack, which will be a bit jittered by the absence of Jasprit Bumrah who has been ruled out of the series due to a stress fracture. South Africa, on the other hand, played their last Test series back in February, when they were rolled over by the visiting Sri Lankan unit. That was the same series where Kusal Perera led the batting unit to two fantastic chases in both the matches to whitewash the Proteas 2-0 in their own backyard.

Three Indian players to look out for: 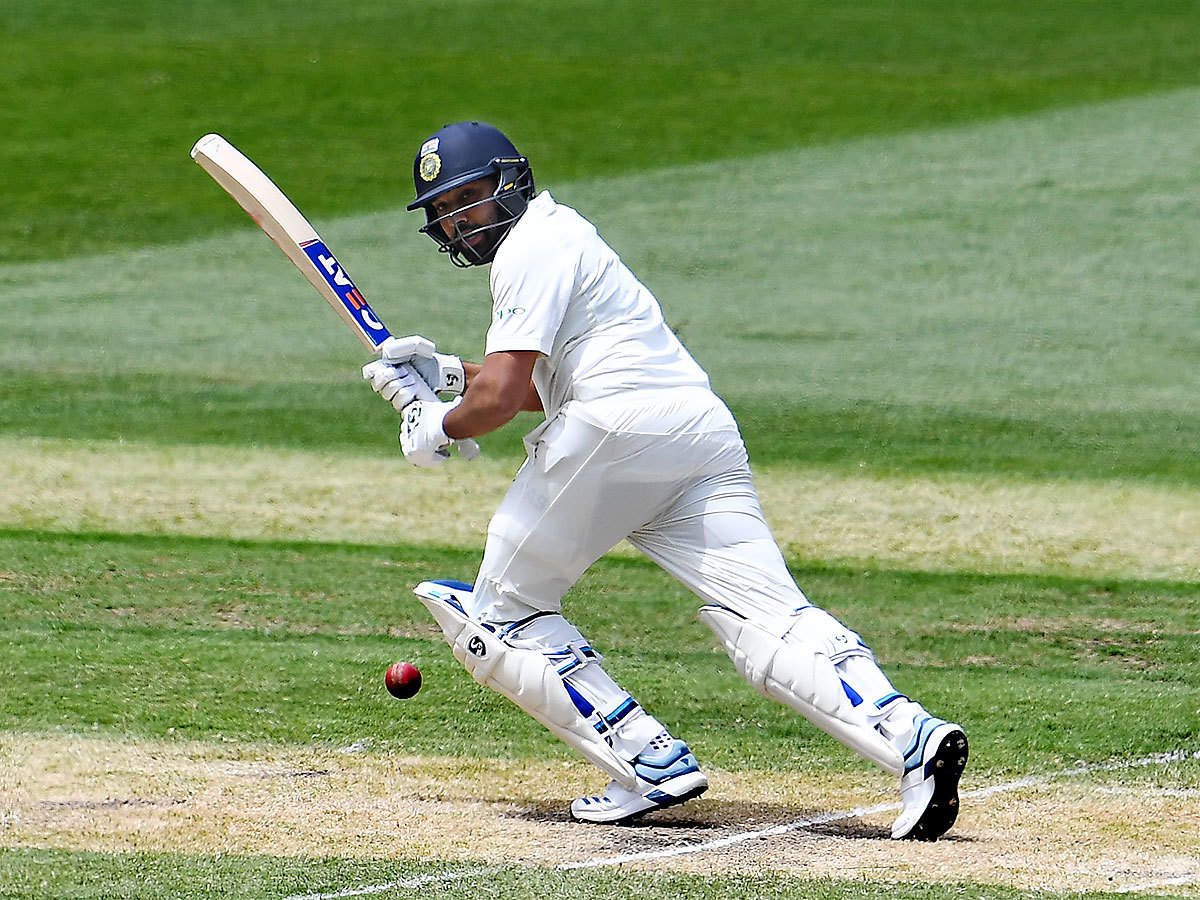 The major attraction for everyone in this particular series would be to witness how Rohit Sharma turns up in his first assignment as the opener of India’s test XI. Sharma has had a lukewarm career in the longest format of the game so far, as his performances have always been under the scanner in red-ball cricket. However, with the imperious run of form that he is in the ODI format, the team management has zeroed upon him to face the new ball for a considerable period of the near future. In the practice game though, he departed for a duck as Vernon Philander got the better of him in the very second delivery. Only time will tell how well does Rohit fare in the upcoming home season as India’s premier opener in Test cricket.

Hanuma Vihari somewhat triumphed over Rohit for the number six slot in the middle-order and made it his own in the tour of the Caribbean. His sheer composure, calmness, clarity and brisk approach towards batting makes him an ideal candidate to play in that middling position were more often than not one has to bear along with the lower-order batsmen at the other end. However, against the likes of Kagiso Rabada, Philander and Lungi Ngidi, it would be a completely different challenge for the 26-year-old, who looks to be in a good enough touch to tackle these pacers. 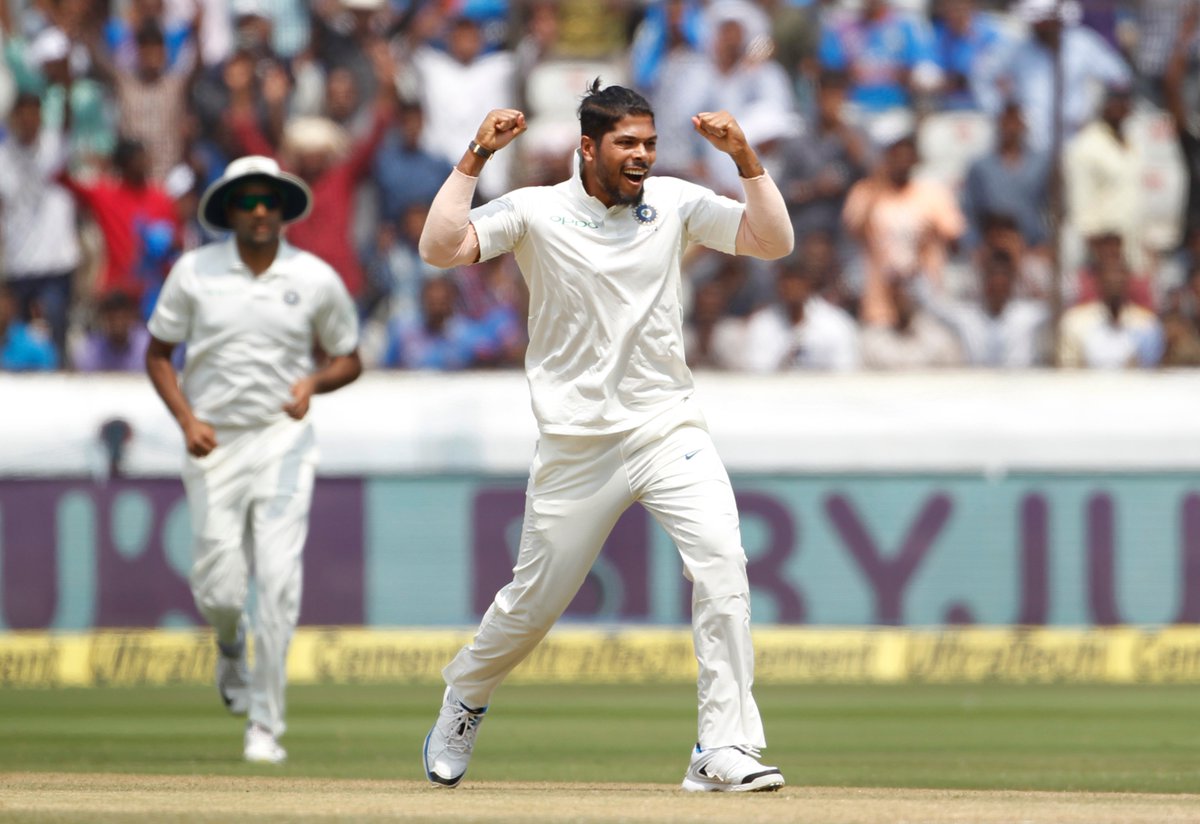 Umesh Yadav was rather unfairly dropped from the original Test squad, as he had to make his way into the XI only when Bumrah pulled out with his fitness issue. Unfair, because, his performances in-home surfaces have been excellent in recent times; much owing to his style of bowling and even the most recent performance. In the last home Test, around a year ago against West Indies, Yadav claimed a ten-wicket haul and he has played only one other game in the whites ever since. His removal from the XI was uncalled for, and now when he is back in, Yadav will be keen to deliver a credible performance to justify his selection ahead of the newbies like Navdeep Saini.

Three key factors that will decide the game for India:

From the match’s perspective, we have numerous factors that could be decisive for the Indian team’s favor.

The Indian side has been unable to find a formidable opening duo for a pretty long time now, with none of the occasions being in recent times when both the openers have looked to be in a good run of form at the same point in time. The most recent option for the solution from the management’s outlook is Rohit Sharma, who has pretty less experience at opening the batting in Test cricket. However, considering the amount of experience, undoubtedly excellent quality and a stable head that Rohit possesses, one can at least bank on him to come out triumphant at the end of this battle. Mayank Agarwal has been the apple of the eye, and rightly so for his commendable performances in Australia and then the 50 against West Indies. Both these will try out hard to solve this long-standing woe for the team. 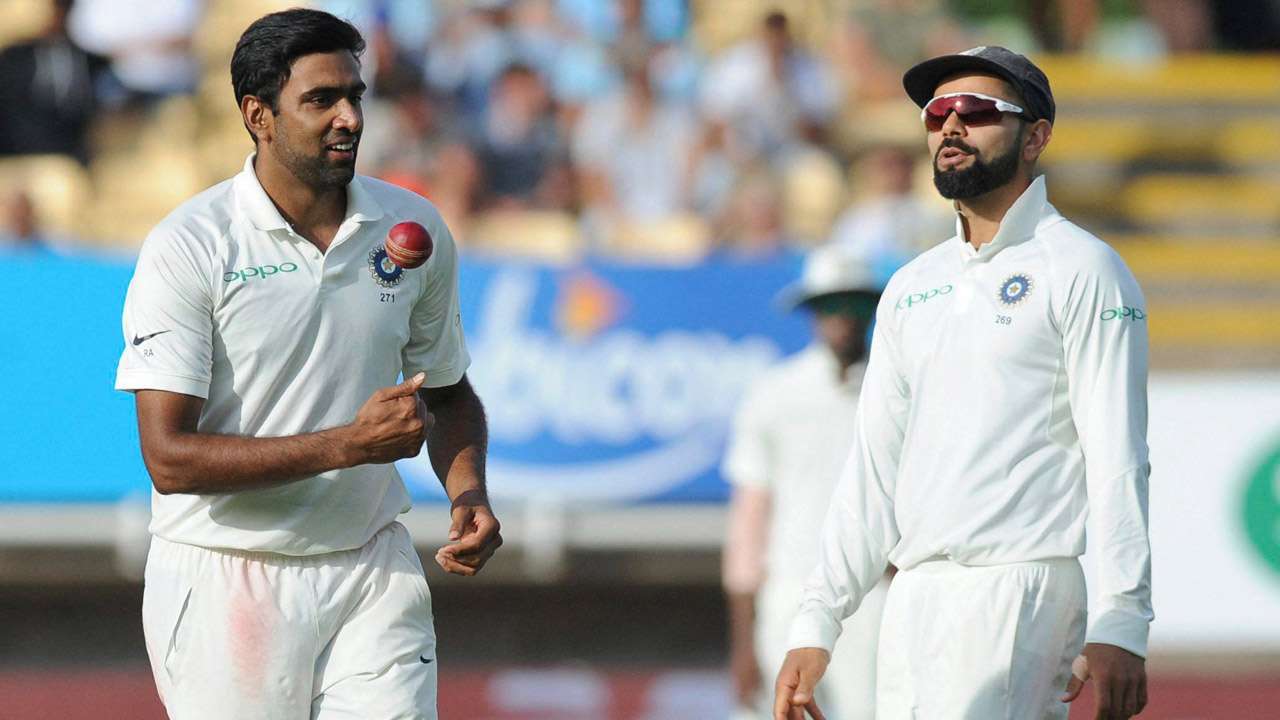 It is a potentially huge series for Ravi Ashwin as well. Image: AP

How will the spinners fare?

Ravichandran Ashwin had to sit out in favor of the all-round quality of Ravindra Jadeja during the tour of West Indies. However, Ashwin’s performances at home have been nothing short of exemplary ever since 2012/13, when the duo of him and Jadeja started creating waves together. Now, it is time for both of them to unite together and cause torment to the Proteas who anyways tend to struggle against the slower bowlers. It will be an opportunity for Ashwin to stake his claim and authority at his position in the playing XI and will present yet another chance to Jadeja to enhance his stature which has been at a high in recent times.

India could rack up 120 points if they win all the 3 Test matches.

Middle-order, and the challenges:

Ajinkya Rahane’s return to form in the West Indies series was a sigh of relief to the management who has looked to back him to the tilt in Test cricket. However, now it is upon him to ensure that he makes the most of his current performances and doubles it up with further match-winning knocks in this series. Cheteshwar Pujara and Virat Kohli form the crux of an excellent batting lineup, and the duo can yet again be expected to swing favors in their side with the perseverance and quality that they bat with. Rishabh Pant will have the sword hanging over his head, due to the recent criticism regarding his worrisome form. It remains to be seen how the lad answers his critics in this three-match series.