Despite some apprehension and then further suspense as Mohammed Naim strengthened Bangladesh’s dominance over the game, the Indian team bowlers led by the spectacular Deepak Chahar ensured that the home side evaded an upset and surged their way towards a series victory after being down with a defeat in the very first game in Delhi. This time too, though the performance wasn’t entirely convincing from India’s side, they still did a pretty good job to recover their touch back with the bowlers in the final phase of the innings. Here, we sum up the game in a short overview of sorts going ahead in the article: 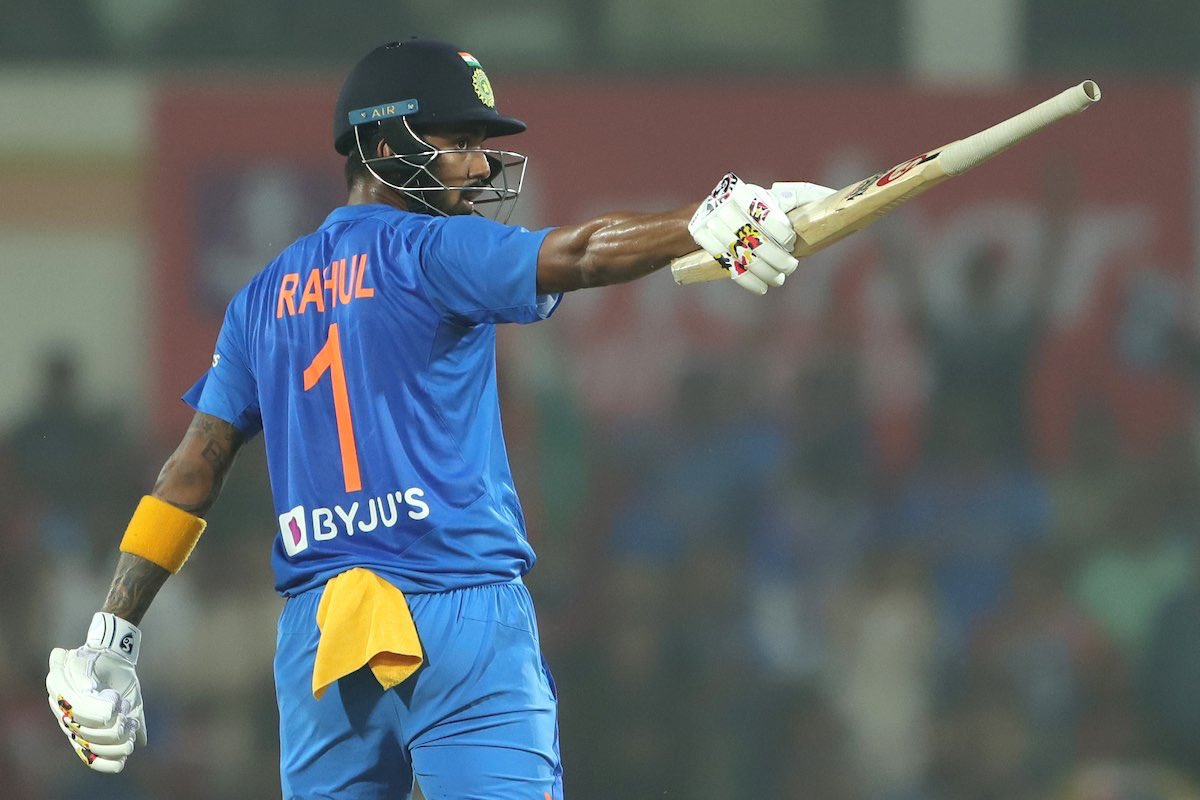 Rohit Sharma was bowled over by Shaiful Islam and Shikhar Dhawan failed to capitalize on racking up a big score after a decent enough start as well. But, it provided an excellent opportunity to the duo of KL Rahul and Shreyas Iyer to display their mettle on the field and so they did with rollicking half-centuries and thus providing an excellent core to India’s eventual total at the end of 20 overs. Rahul led the proceedings initially, using his incredible stroke-play to immense effect as he relied on the imperious timing with the willow to ensure that his side recovered from the early blow of two wickets.

Shreyas Iyer took some time and assessed the nature of the wicket before unveiling the big shots to shoot up the scoring rate by a fair margin. His fantastic, free-flowing range of shots meant that the innings didn’t really take a dip as such after Rahul’s dismissal. In an over, Iyer even smacked Atif Hossain for three consecutive sixes and milked 20 runs out of his over. Rishabh Pant failed to make the most out of this opportunity again as Manish Pandey scored 22 runs off 13 deliveries and despite a rather subdued conclusion, his short innings at least presented the Indian team a formidably defendable total despite the two openers being unable to stay on the crease for long. 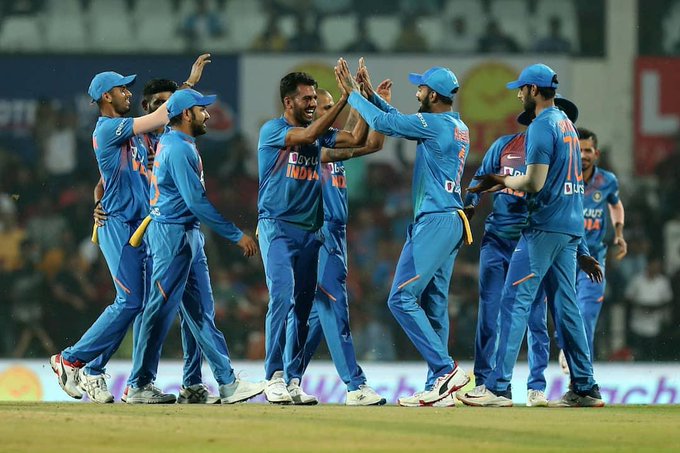 Deepak Chahar was the Hero of the show in Nagpur. Image: BCCI

The Bangladeshi innings was put to a halt by a double-wicket strike by Deepak Chahar in the early part of the innings. However, Chahar was later kept on hold to bowl the crucial overs in the final five of the innings as his death bowling skills are relatively more reliable than Khaleel Ahmed. Naim raced towards his 81 runs with a plethora of boundaries as he counter-attacked Yuzvendra Chahal and pushed the Indian side backward after a dominant phase of play where runs flew aplenty and with minimum fuss for the visitors.

Whilst Mohammad Mithun too, ground it hard to recover his touch, a victory looked in sight with merely eight overs remaining in the game. However, Deepak returned to notch a dismissal and then Shivam Dube’s strikes with the ball meant that Bangladesh lost their seasoned pro in Mushfiqur Rahim to a duck. The batting furthermore from there lacked the conviction to steer the chase and the Indian bowlers kept mounting on the pressure, squeezing the flow of runs and eventually bowling out Mahmadullah’s side with the senior Chahar attaining a hat-trick in the process.

Best Of The Match:

Shreyas Iyer was in some incredible form in the first innings, but it was Deepak Chahar who deserves to take this spot from tonight’s match. The pacer does not have a whole lot of international exposure and experience at his back, but he still managed to keep a calm head, back his skills to the utmost and eventually find a way to scalp wickets even when other bowlers terribly struggled to do so. Deepak had quite a few variations up his sleeve, and that meant that he knew how to block the flow of runs and also pave out a way for a dismissal some way or the other. In the absence of other experienced pacers like Jasprit Bumrah and Bhuvneshwar Kumar, it was Chahar who gladly encapsulated the responsibility of assuming the role of leading the pace attack and did so with complete perfection during the course of the second innings.

Stat of the Match: 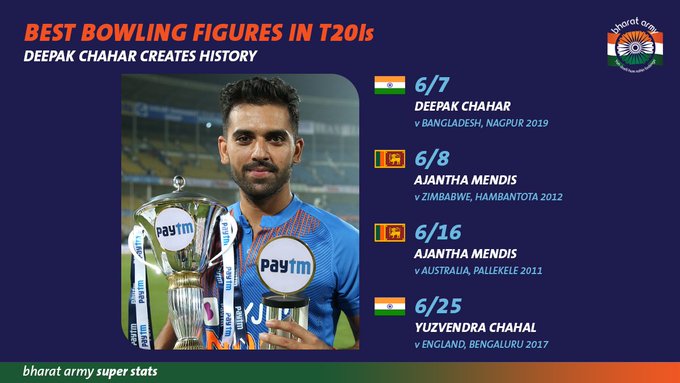 Deepak Chahar’s bowling figures of 3.2-0-7-6 is by far the best ever in the history of T20 internationals. The previous record was held by former Sri Lankan spinner Ajanta Mendis. Also, Chahar became the first Indian bowler in this process to claim a hat-trick in T20Is. In his first over of the spell as well, he was on a hat-trick delivery and so was Shivam Dube later on in the innings. Overall, it was a laudable bowling performance by the 27-year-old.

Both India and Bangladesh would face each other in a two-match Test series with the first of them starting from the 14th of November at the Holkar Stadium in Indore. Virat Kohli and Mominul Haque would lead both sides respectively.