IND v BAN: Can Team India come back into the tie?

The visitors pulled off a major upset at a very concerned Delhi’s Feroz Shah Kotla as they ran to a seven-wicket victory over their mighty neighbors.  What made Bangladesh’s victory in the smog-hit capital of India even more impressive are the circumstances under which they arrived in the series. Just after a players’ strike and having lost their talisman Shakib Al Hasan to ICC suspension, they proved that they are no mere pushovers.

Rohit Sharma’s side must now treat Bangladesh with more respect and carefully analyze where things fell apart for them the last time around. India has never lost a bilateral T20 series at home before and will like to keep that record clean and intact. However, a cyclone threatens the chances of the game being played at Rajkot. 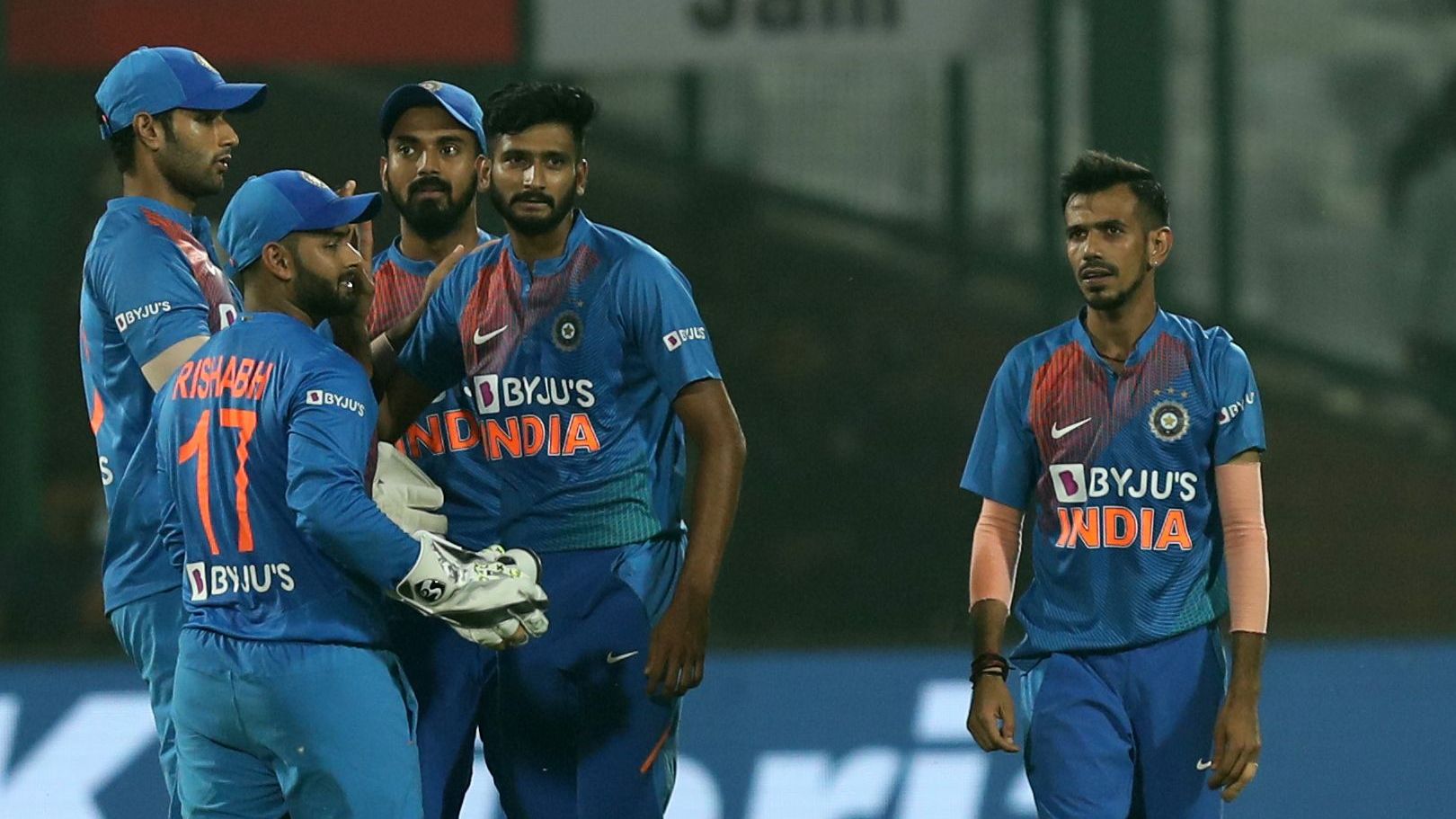 Team India put in a sorry show in the first T20I in Delhi. Image: ICC

While India will be looking to salvage pride by making a comeback in the second T20, skipper Rohit Sharma has also suggested that it is equally important he continues to show trust and faith in the emerging players.

The hitman has been on fantastic form in recent times. This has been a great year for Rohit so far as he has made a lot of new strides in his already prestigious career that shows no signs of stopping. Having been dismissed for cheap in the previous game, Rohit would be intent on coming back strong with a special inning at Rajkot, a pitch he declared as a good batting track. In the absence of usual skipper Kohli, it is even more important that Rohit leads the young guns on the pitch by giving a good account of himself in the next game and he has all the tools at his disposal to do just that. 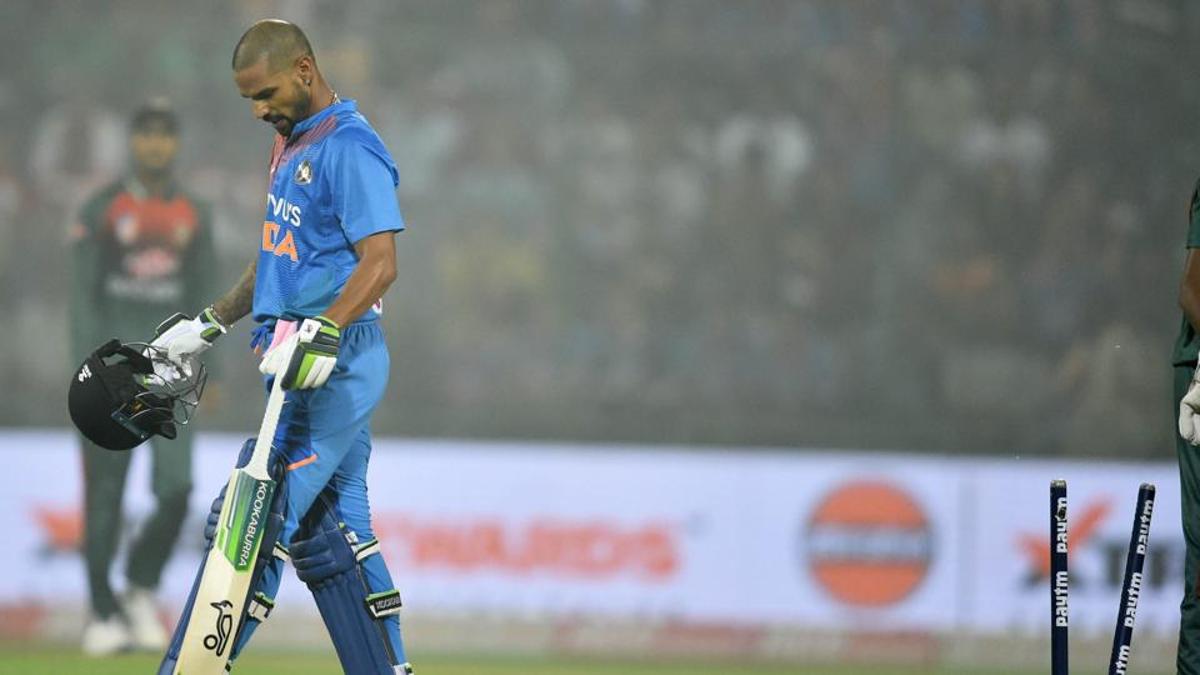 Shikhar Dhawan will have to lead the batting from the front. Image: The Hindu

Shikhar was India’s best batsman in the previous game. He stood tall when the batting liken up collapsed like a deck of cards caught in a thunderstorm but was eventually run out by Mahmudullah. Dhawan needs to improve on the timing of his innings however especially given the fact that it is the shortest format of the sport and fetching quick runs are a necessity. There are questions emerging about his form and his place in the side and Dhawan must avoid giving more fuel to those fires by faltering in the next couple of games.

Sundar gave a decent account of himself in the previous match where he came on late in the middle order to smash some quick runs. He remained undismissed at 14 at a strike rate of 280. Washington was also fairly good with the balls and kept a check on the runs. He will, however, want to show more intent with the ball in terms of taking wickets and being more aggressive in order to not let Bangladeshi batsmen settle on the pitch.

Ahead of the game in Rajkot, Rohit commented on the better nature of the track at Rajkot compared to Delhi. "The pitch looks good. Rajkot has always been a good track to bat on and it does offer some assistance to the bowlers also. It will be a good pitch. I'm pretty sure it will be better than what you saw in Delhi," he opined. In such a case, it will be a treat for the likes of Shikhar Dhawan, KL Rahul who have been on poor form recently. It will also be interesting to see Shreyas Iyer at number 4 who looked really dangerous in Delhi before playing a reckless shot. He will be eager to push for Pant’s spot and be India’s answer to the number 4 conundrum. It is also possible the Sanju Samson might be given the nod ahead of KL Rahul and Samson would be eager to impress on his return to the national side having scripted history very recently. 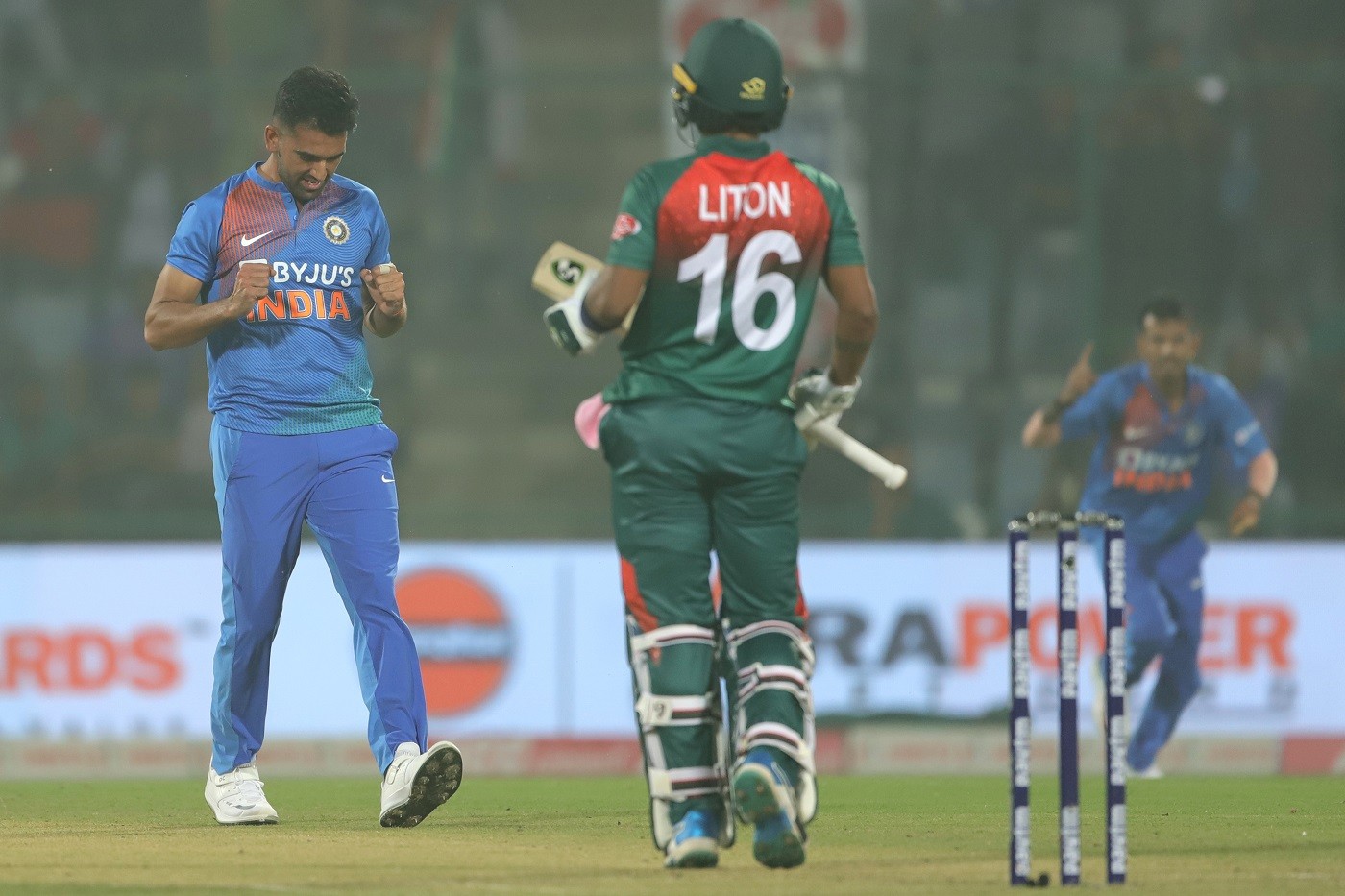 Team India will try to make some changes in their bowling attack. Image: ICC

2. Changes to the bowling combination

Changes to the bowling lineup are expected as was stressed by the skipper in the pre-match press conference. Khaleel Ahmed disappointed in Delhi where he took a massive beating and conceded four boundaries off Mushfique Rahman in the penultimate over that changed the tide of the game and pushed Bangladesh closer to victory. Shardul Thakur is expected to play in his place instead and Rohit would also be careful about making use of Deepak Chahar at the death, having learned from his mistake in Delhi.

Details of the game:

Time: The match is expected to begin from 7 PM IST