Chahal and Kuldeep: The X-Factor of the ODI team

It was expected to be a high-scoring encounter at Napier, but, in the end, turned out to be a damp squib as New Zealand capitulated to 157 in 38 overs to hand India a 1-0 lead in the 5-match series.

"When I lost the toss, I thought a score of about 300 par but the bowlers were brilliant. To get them out for 150-odd on this pitch was brilliant." said a visibly exuberant Virat Kohli after his side had put-on their "most balanced" performance in ODI cricket in a while.

It was indeed a great bowling performance on the part of India to restrict. Mohammad Shami set it up beautifully by accounting for both the openers in Guptill and Munro and then there were those two magicians in the middle re-uniting after a hiatus, to do what they always do: hunt in a pair. While Chahal accounted for Taylor and Latham, Kuldeep polished off the tail with disdain.

The first ODI was a throwback to what the spin twins have been able to do in tandem in their relatively short career and also underlined their importance to the team.

It is the era of wrist-spinners in white-ball cricket, and there are two fold reasons for it. Firstly, the pitches and secondly the use of two new balls. While the first one is natural occurrence due to the revolution of T20 cricket, the use of a new ball from either end has had a catastrophic effect on the bowlers: taking off-spin and reverse-swing out of the game.

T20 has had its impact on 50-over cricket. With its increasing popularity, it has to reinvent itself every now and then to be in sync with the changing demands of a cricket fan. The rule of using a new ball from either end was a reflection of it, one which has had a catastrophic effect on the finger spinners, who rely on the softness of the ball to garner turn.

But, wrist-spinners do not need any of it. They rely on their guile and mystery to outfox the batsmen. India's consistency as a bowling unit post the 2017 Champions Trophy loss can be attributed to the rise of Kuldeep and Chahal. No bowler has taken more ODI wickets since Kuldeep Yadav's debut in June 2017 than the chinaman's 73 and the second on the list is, yes, you guessed it, right- Yuzvendra Chahal at 58. 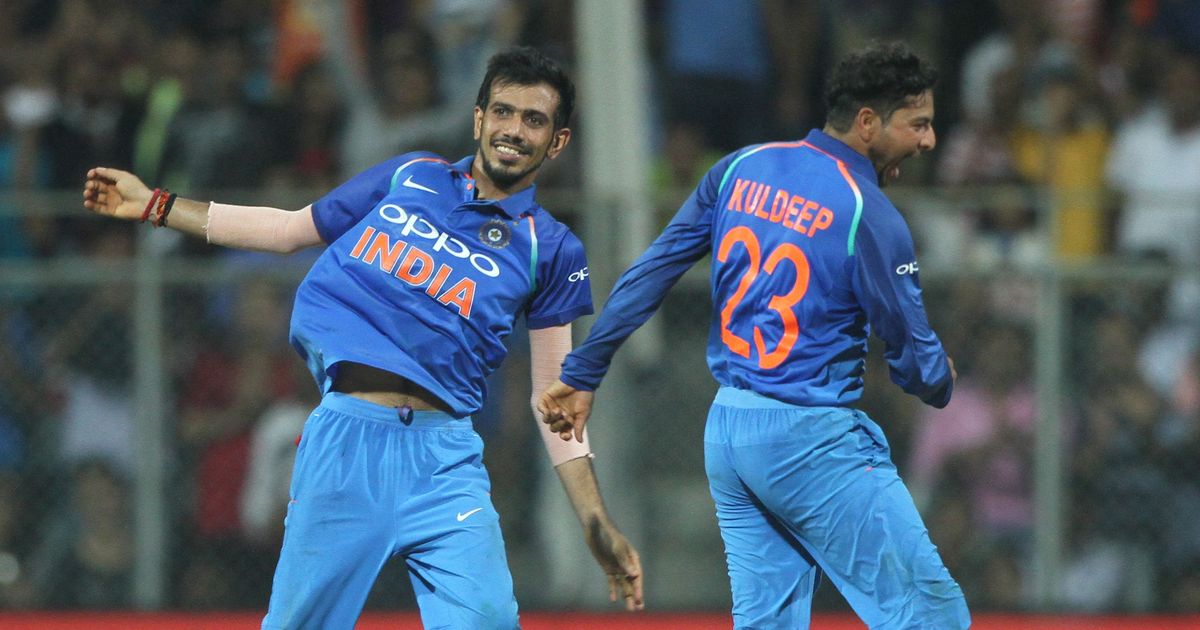 The duo feeds off each other's success, and in tandem have proven to be a nightmare for the batsman. And the numbers back it up with disdain. In the 24 matches that Kuldeep and Chahal have played together, the duo has claimed 93 wickets at an average of 22.10, striking at 27.36, testifying the need for India to play them together, which also underlines the importance of Hardik Pandya in the set-up.

Ever since Pandya was injured during the Asia Cup, India was forced to play one of Kuldeep or Chahal with Ravindra Jadeja to bolster their lower-order batting. In the ODI series against Australia, India opted for Kuldeep in the first two games while giving Chahal a chance in the last match. Chahal responded with a record-breaking six-wicket haul, forcing Kohli to play both Yadav and Chahal at Napier.

Their performance at Napier reminded India and the team management of the template that had given them a plethora of success last year- especially in South Africa, and with Hardik Pandya expected to make his return, the template is expected to be a norm in the lead-up to the World Cup and beyond.