Okay, let me get one thing out of the way. I hadn't given India any chance of winning the Lord's Test in the lead-up to the final day.

Before the final day began, I came across a poll on Twitter regarding the final result of the Test match. I didn't even think for one second, and like other keyboard warriors, overwhelmingly wrote off the Indians, declaring a five-wicket win for England.

What I forgot (and it was extremely naive of me) was that this group of men led by the ever-so passionate Virat Kohli doesn't give up. 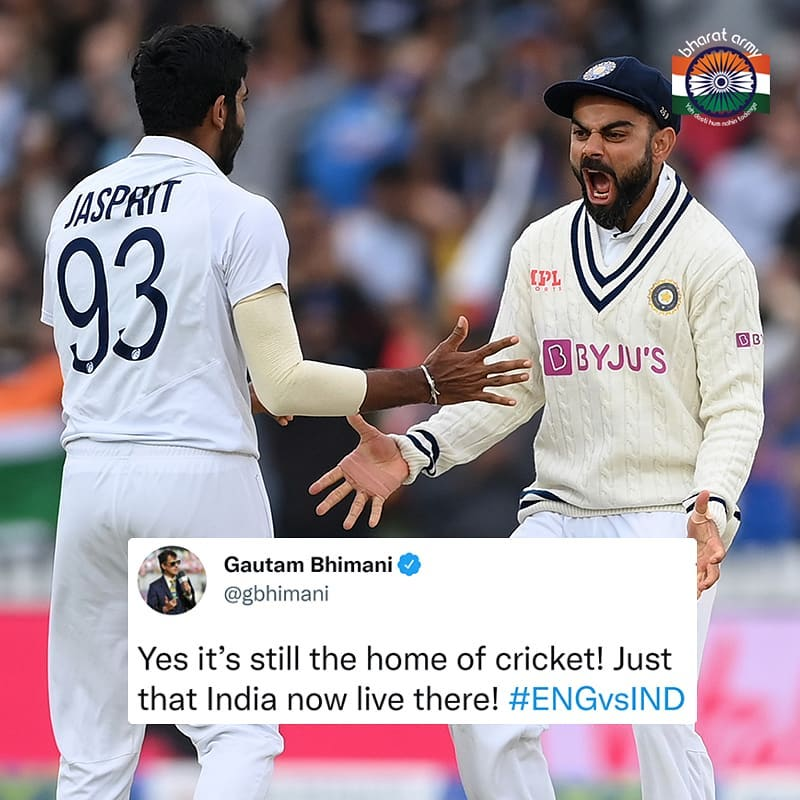 You can throw as many punches you want, you can grind them in the dust, but they'll still get up. The belief in this Indian team and the desire to come back from the dead is immense.

And they have displayed that on numerous occasions.

Remember Bangalore 2017 when they were up against it in the second innings after conceding a first-innings lead on a turner? Remember how Pujara and Rahane batted out a session against all the odds and then how our bowlers defended a sub-200 to assume parity in the 4-match series?

Remember the 2020/21 Border-Gavaskar Trophy where the team rose from the ashes after being bowled out for 36 in the first Test by winning the Boxing Day Test despite the absence of Virat Kohli, Mohammed Shami, and Ishant Sharma?

Or how they endured all the injuries and still managed to save the game in Sydney before landing a killer blow on the Australians at their fortress 'Gabba' to seal a series triumph for the ages? 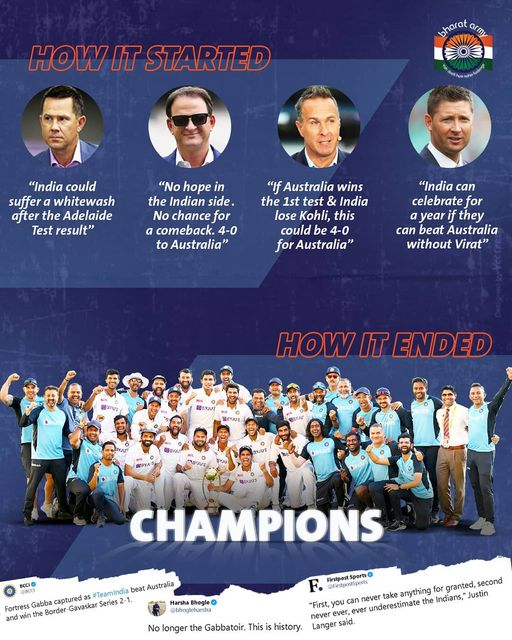 The Lord's triumph is yet another addition to what is becoming a long list of 'come from the dead' heists that this Indian Test team under Virat Kohli has scripted in the past five years.

There has been a lot of debate regarding whether the current Indian Test team is the best in the country's history.

Critics are quick to point out that "Oh! They are yet to win in England, South Africa, and New Zealand", and fair enough, if you want to earn the status of being called as one of the 'greatest Test teams' in history, you need to win in all conditions.

And, yes, this team has bottled great opportunities to win in the aforementioned countries in the past. But, if one thing separates this team from the previous Indian teams (with all due respect) is the mental resilience and the self-belief to come back from the dead, especially in overseas conditions.

This side has consistently shown that it punches above its weight when the opposition or loyal fans least expect them to. And, this is the aspect that makes this side such a treat to watch.

Not for one second does this team ever believe that they can't win the game, and when they sense the opening, they seize it to the hilt.

The Lord's Test also showed that this team is unapologetic and unrelenting. You try to get into their head, you try to bully them, and they'll retort back with disdain.

"60 overs should feel like hell for them," told the 'ringmaster' Virat as he led his pack of wolves on the field for the final act of demolition.

The rest was done by the four 'horse of the Apocalypse' with the youngest member of the fearsome four finishing things off in the lengthening shadows of the 'Home of Cricket', rendering the home side 'homeless'. 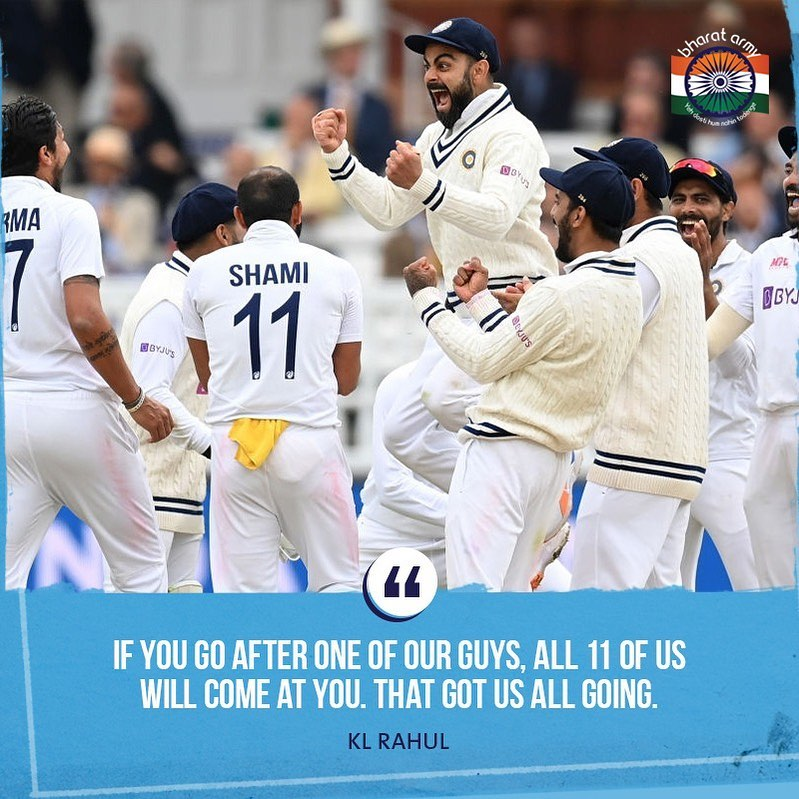 Passion, aggression, a 'never say die attitude, unrelenting desire to win games away from home is something that defines this Indian team.

The 5th day of the Lord's Test was yet another reminder of it.