The first week of the UAE leg of the 14th season of the Indian Premier League (IPL) saw a plethora of heart-pumping action on the field.
Death over masterclass; a rookie batsman forcing the world to take notice; bottle jobs; incredible death over hitting and a brilliant hat-trick, the first seven days had it all.
On that note, here's a look at the top-5 memorable moments from week 01:
Ruturaj Gaikwad's top form in UAE leg
The opening game of the UAE leg between the Chennai Super Kings and the Mumbai Indians once again saw rookie opener Ruturaj Gaikwad display his precocious talent to the hilt.
Batting first, the Super Kings' top-order got knocked over by the raw pace of Adam Milne and some skillful bowling by Trent Boult and at the end of the powerplay, CSK looked staring down the barrel at 4/24 (effectively 5/24 with Ambati Rayudu retired hurt).
However, Gaikwad took it upon himself to lead his sides' recovery. He was dropped on 19 by Quinton de Kock and the right-hander made MI pay for it big time as he smashed their famed bowling unit to all corners of the Dubai stadium. 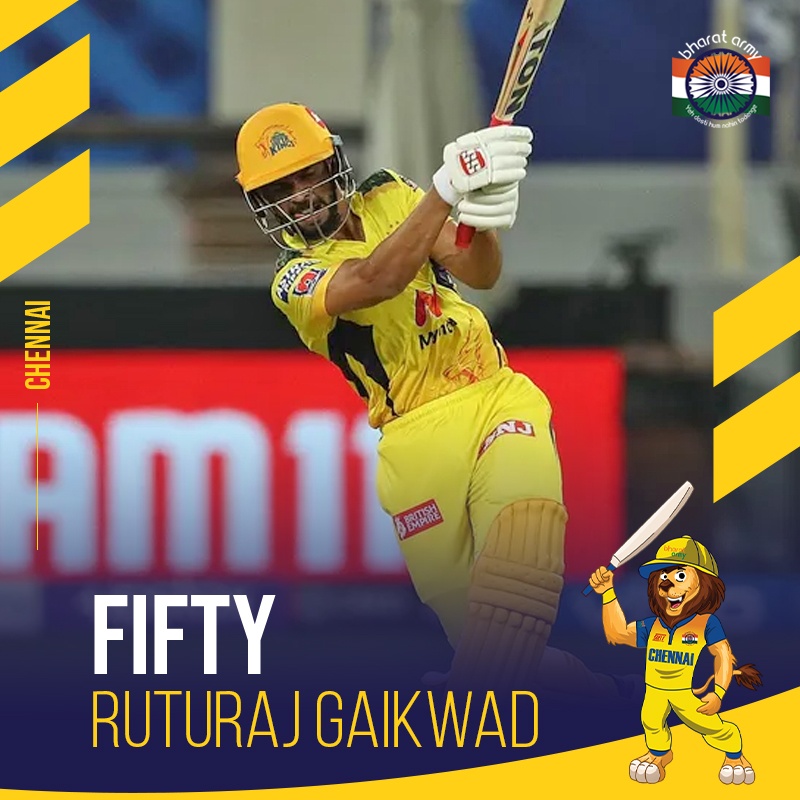 Inside outdrive? Check. Cover drive? Check. Straight drive? Check. Cut and flicks? Check. Slog sweep off Bumrah? Check. The right-hander showcased his entire range and ended up unbeaten on 58-ball 88
Gaikwad's unbeaten knock and a cameo from Dwayne Bravo (23 off 8) propelled CSK to an eventual match-winning total of 6-156, which they defended with ease.
Venkatesh Iyer's whirlwind IPL debut
Another IPL season, another obscure Indian talent making his mark at the grandest stage.
This is exactly what Madhya Pradesh's rookie opener Venkatesh Iyer did in his opening two games for KKR. The left-hander smashed an unbeaten 27 ball- 41 in his debut game against the Royal Challengers Bangalore where he showcased the might of his exquisite stroke play coupled with a fearless attitude to the hilt. 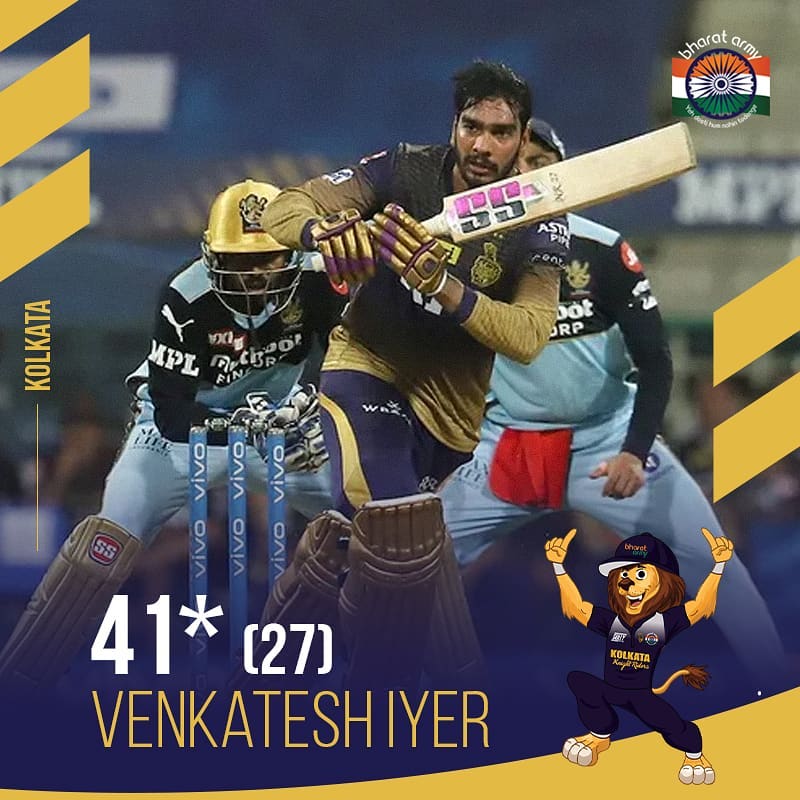 He then backed it up with another stellar show against the likes of Jasprit Bumrah, Trent Boult in the next game as he racked up a match-winning 30-ball 53 to prove to the world that he isn't a one innings wonder.
Kartik Tyagi defends 4 runs in his last over against Punjab Kings'
With just 4 runs needed off the final six balls and the likes of Aiden Markram and Nicholas Pooran at the crease, what could go wrong for the Punjab Kings?
Well, as it turned out, lots, as rookie Rajasthan Royals seamer Kartik Tyagi pulled off a death bowling masterclass to seal an epic win for his team. 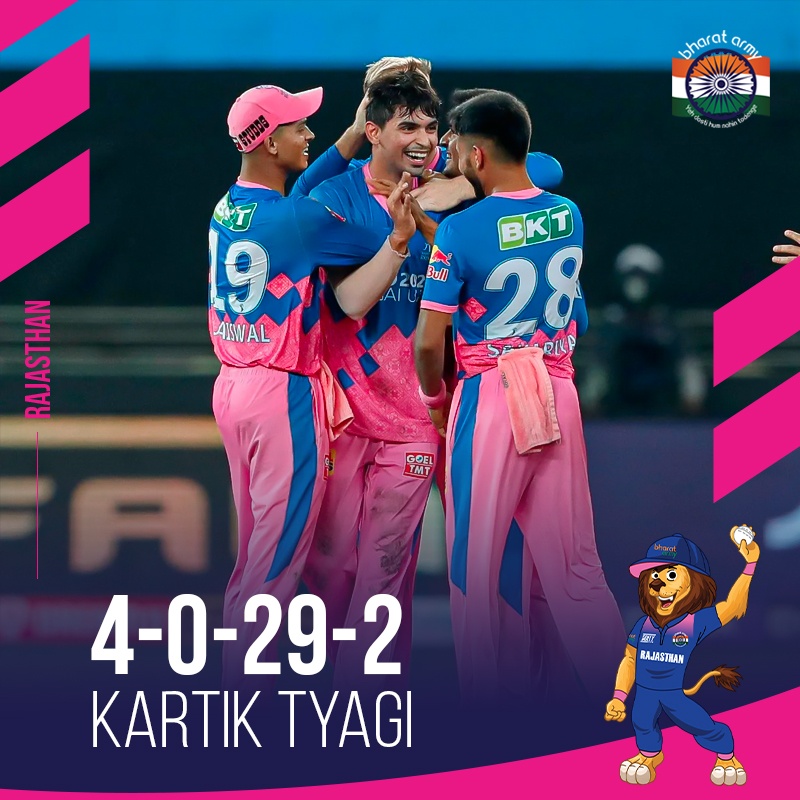 Tyagi nailed his workers as well as his ploy to bowl wide of off stump with precision. He dismissed Pooran with a perfect yorker as the southpaw, in an attempt to guide the ball past the wicketkeeper, ended up edging it to Sanju Samson.
He followed it up with the wicket of Deepak Hooda and eventually ended up giving just 1 run in six balls to seal a two-run win for the Royals.
'Finisher' Jadeja seals it for CSK against the Kolkata Knight Riders
Chasing 172 to win, the Chennai Super Kings needed a big push at the end as the equation reduced to 26 of the last 12 balls.
Enter Ravindra Jadeja.
The veteran southpaw proceeded to smash Prasidh Krishna for consecutive sixes and a couple of fours off the last four deliveries of the penultimate over to effectively seal the deal for his team. 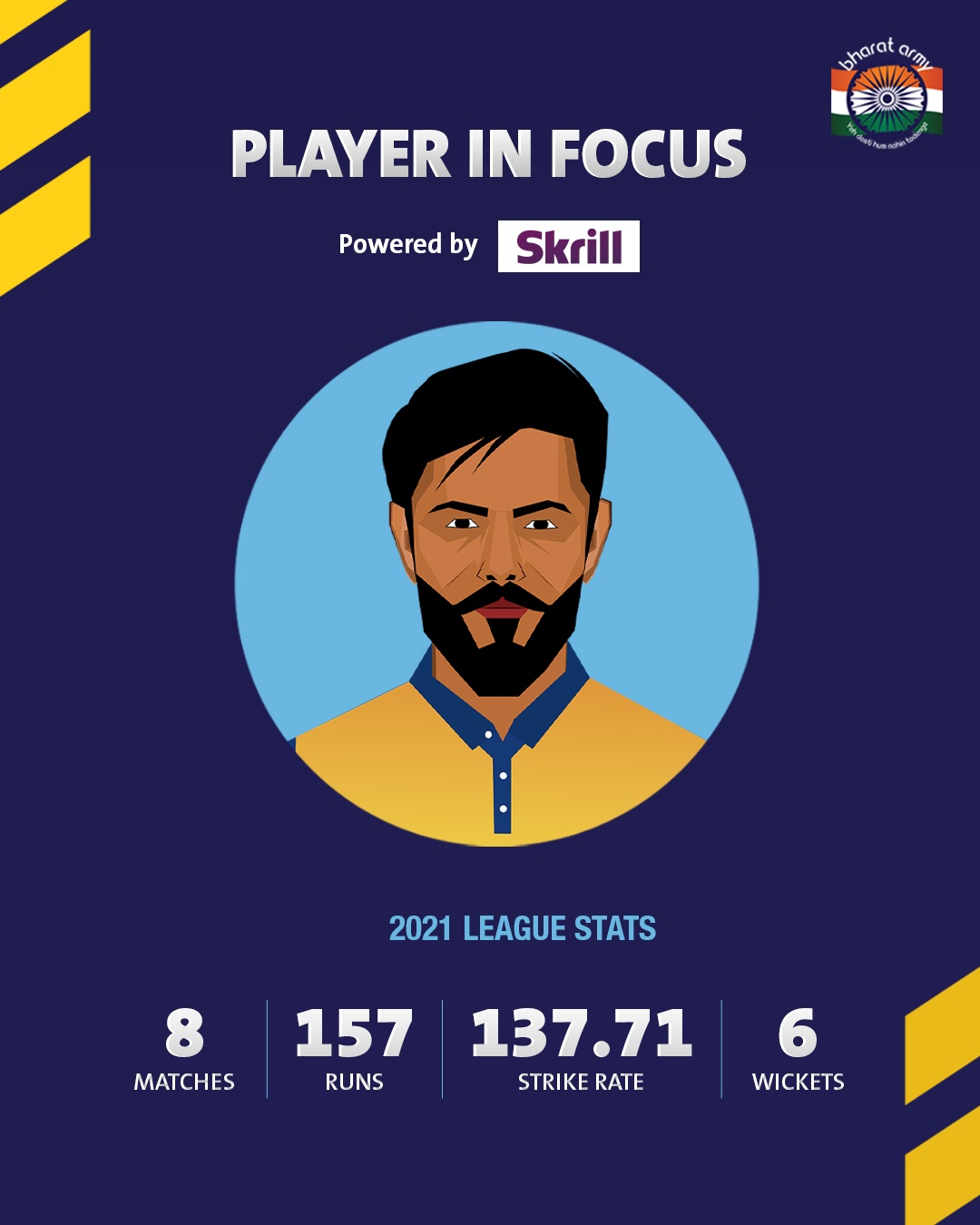 Jadeja creamed 22 off just 8 deliveries and even though he got dismissed by Sunil Narine in the final over, he had done his job by then as CSK notched up a two-wicket win on the final delivery.
Harshal Patel dazzles with a brilliant hat-trick against the Mumbai Indians
That Harshal Patel loves bowling against the five-time champions was once again proved to the hilt this past week as the talented seamer became the third RCB bowler and 20th overall to claim a hat-trick in the cash-rich league. 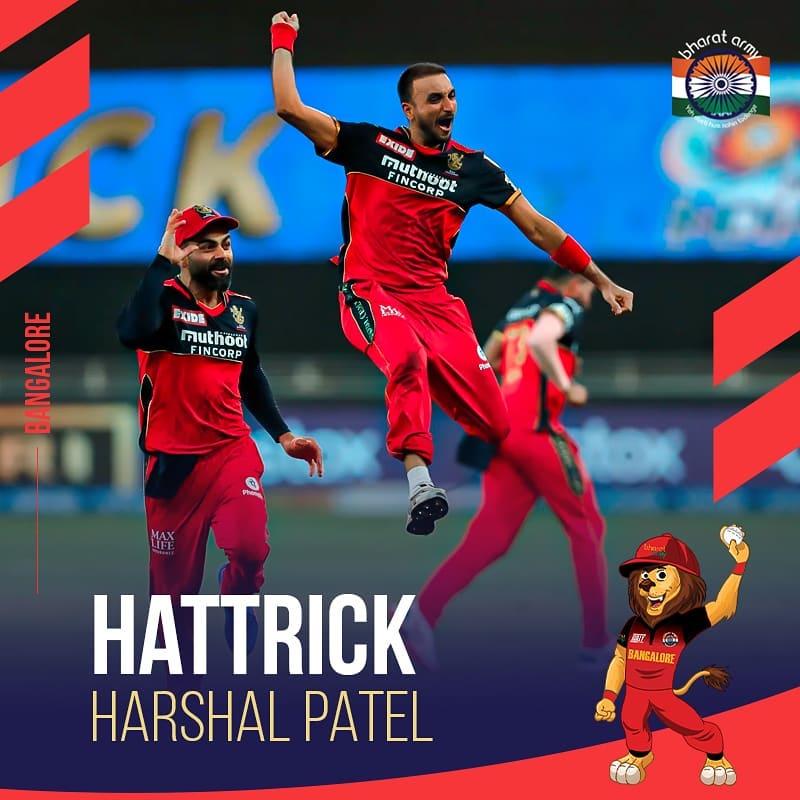 Chasing 166 to win, MI were still in the game with Kieron Pollard and Hardik Pandya at the crease until Patel squashed all their hopes with a stunning display in the 17th over with a series of slower deliveries.
His first victim was Hardik, who ended up skying a slower one across the line to give Virat a catch. Patel followed it up with another brilliant off-cutter as he deceived Pollard all ends up.
Pollard, in an attempt to guide the ball past fine leg, ended up seeing his leg pole pegged back. The next delivery saw Rahul Chahar trapped plumb in front on a loopy full-toss that dipped on the right-hander.
The hat-trick proved to be the final nail in the coffin for MI as they eventually folded for 111.