After a nine-day break, the caravan of Team India's tour of England will resume with the Virat Kohli-led unit set to lock horns with a beleaguered England in the third Test at Headingley, Leeds.

India pulled off a win for the ages in the Lord's Test. They displayed incredible mental fortitude and, of course, skills to turn the tables on England from a seemingly hopeless situation. 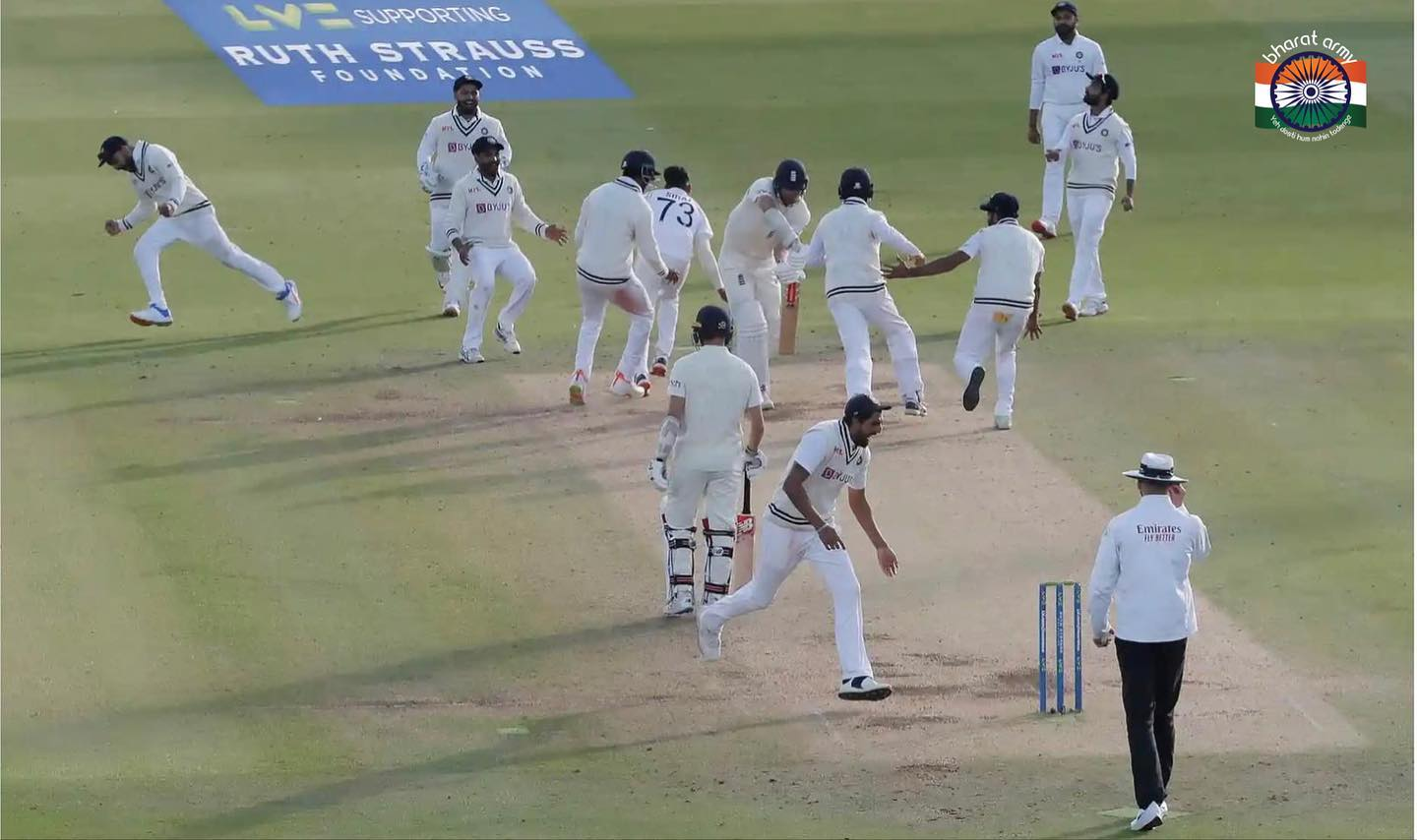 So, can Team India continue with the momentum they gained after their 151-run shellacking of England at Lord's or will the home side staged a fightback as they did in 2014 when they turned a 0-1 deficit into a 3-1 win?

Before the Test series, who would have thought that KL Rahul would emerge as one of India's key players?  At least I didn't.

Rahul was earmarked as a middle-order back-up; he hadn't played a Test match since August 2019, and, if not for unfortunate injuries to Shubman Gill and Mayank Agarwal, it was unlikely that he would have found a place in the playing 11. 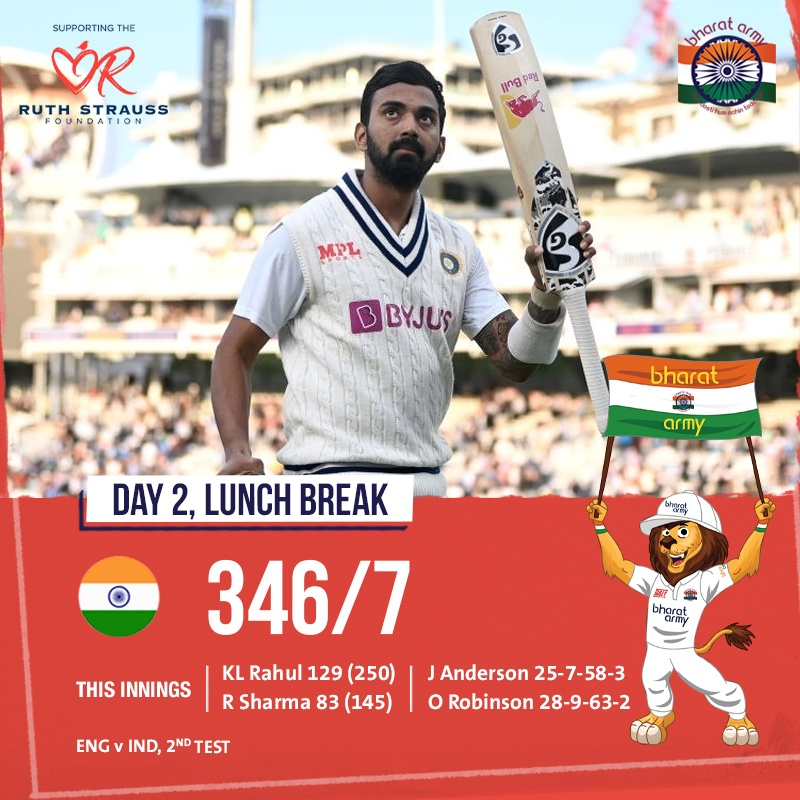 However, as they say, sometimes adversity can prove to be an opportunity for others, and that is exactly what happened with KL Rahul on the eve of the 1st Test.

The Karnataka opener has made the most of the opportunity thus far, having racked up 244 runs in 4 innings at an average of 61, including a half-century and an imperious 129 at Lord's.

However, with a 9-day gap preceding the third Test at Headingley, Rahul will have to start from scratch again, and it will be interesting to see if he can continue the form that he has displayed in the first couple of Tests.

Sharma may not have got a three-figure score at Lord's, but it is fair to say that his knock of 83 in overcast conditions on the first day was a masterclass in how to bat in seamer-friendly conditions.

The stylish opener respected the good balls on and around the off-stump, and, at the same time, he ensured that he cashed in on anything loose, especially against Sam Curran. 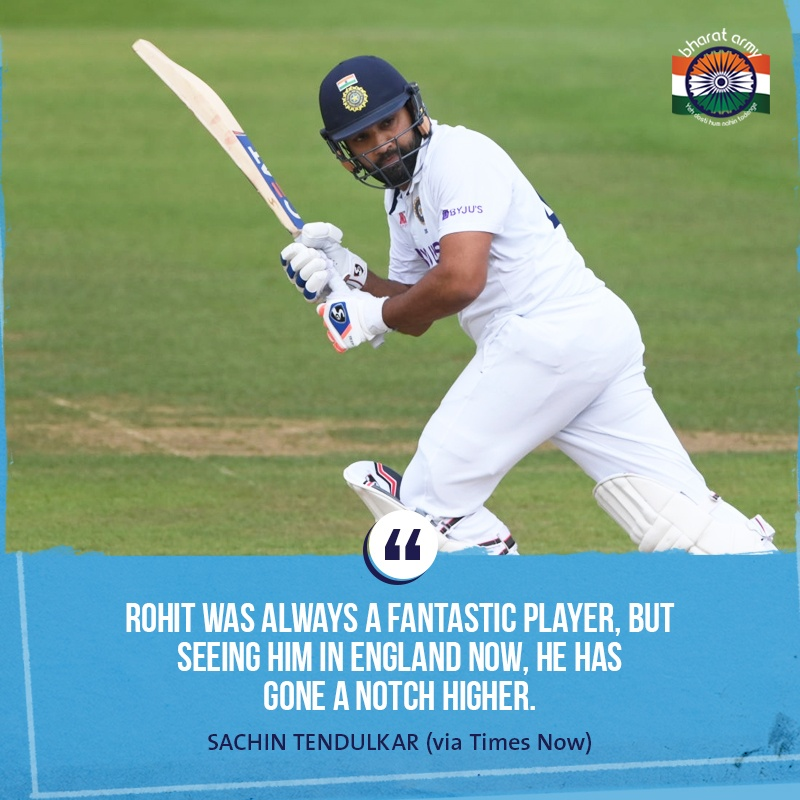 Rohit's Achilles Heel in the series thus far has been his inability to curb his penchant for the hook shot. He once again succumbed while playing the shot in the 2nd innings, squandering yet another good start.

Will the 'Hitman' finally score his maiden overseas ton in Leeds?

We got to see the aggressive side of Jasprit Bumrah in the Lord's Test as the champion Indian cricketer got involved in a heated verbal altercation with several England players during his unbeaten knock of 34* in the second innings after he had launched a short pitch barrage on James Anderson during England's first innings.

But, Bumrah channelized his aggression beautifully as he scored a valuable 34* during an unbeaten 89-run-stand with Mohammed Shami before landing three body blows on the home side during the 4th innings. 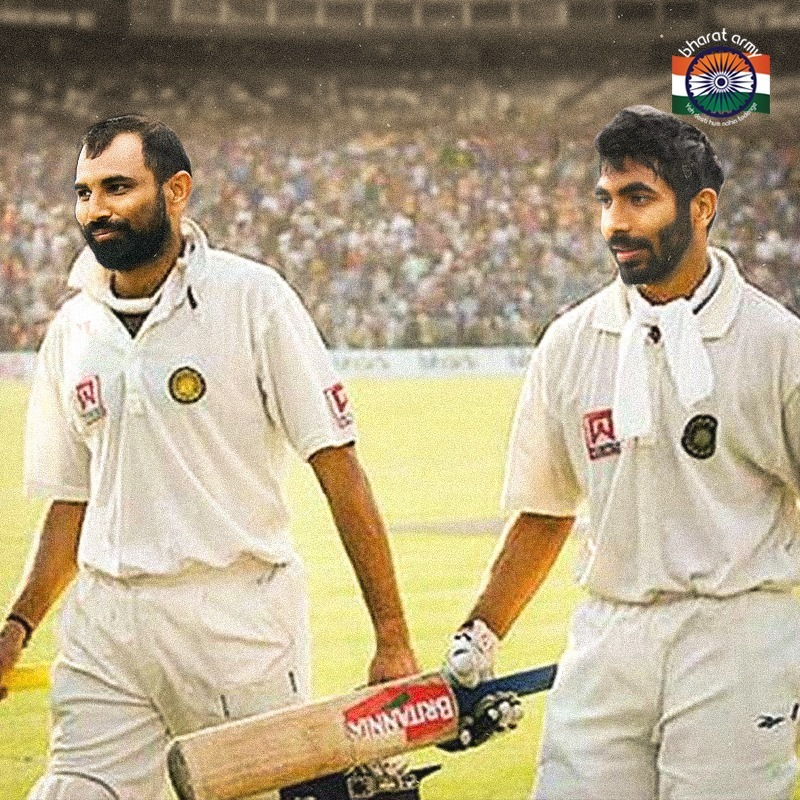 He got India off to a brilliant start by dismissing Rory Burns in the first over of the 4th innings. Bumrah then prized out the biggest scalp in the form of Joe Root after the Tea break as he forced the English skipper to poke at a back of a length delivery.

And, if that wasn't enough, he pulled off a beautiful piece of skill in the closing stages of the Test match. After having peppered Robinson with a series of bumpers and yorkers, Bumrah dished out an unplayable slower ball, one that pinned Robinson on the back leg.

Robinson's dismissal against the run-of-play provided India with the opening, and Mohammed Siraj did the rest by knocking over Jos Buttler and James Anderson.

With 12 wickets in 2 games at an average of 18.50, Bumrah is leading the wicket-taking charts, and Team India will hope that the champion pacer continues his good form in the 3rd Test.

From Melbourne to Lord's, it is fair to say that Mohammed Siraj has come a long way within 7-8 months, and he has now established himself as a key member of the Indian Test team.

Siraj,  with his aggression and relentlessness, is a pure delight for any skipper. His energy is infectious, and it always seems like something is gonna happen whenever he comes to bowl. 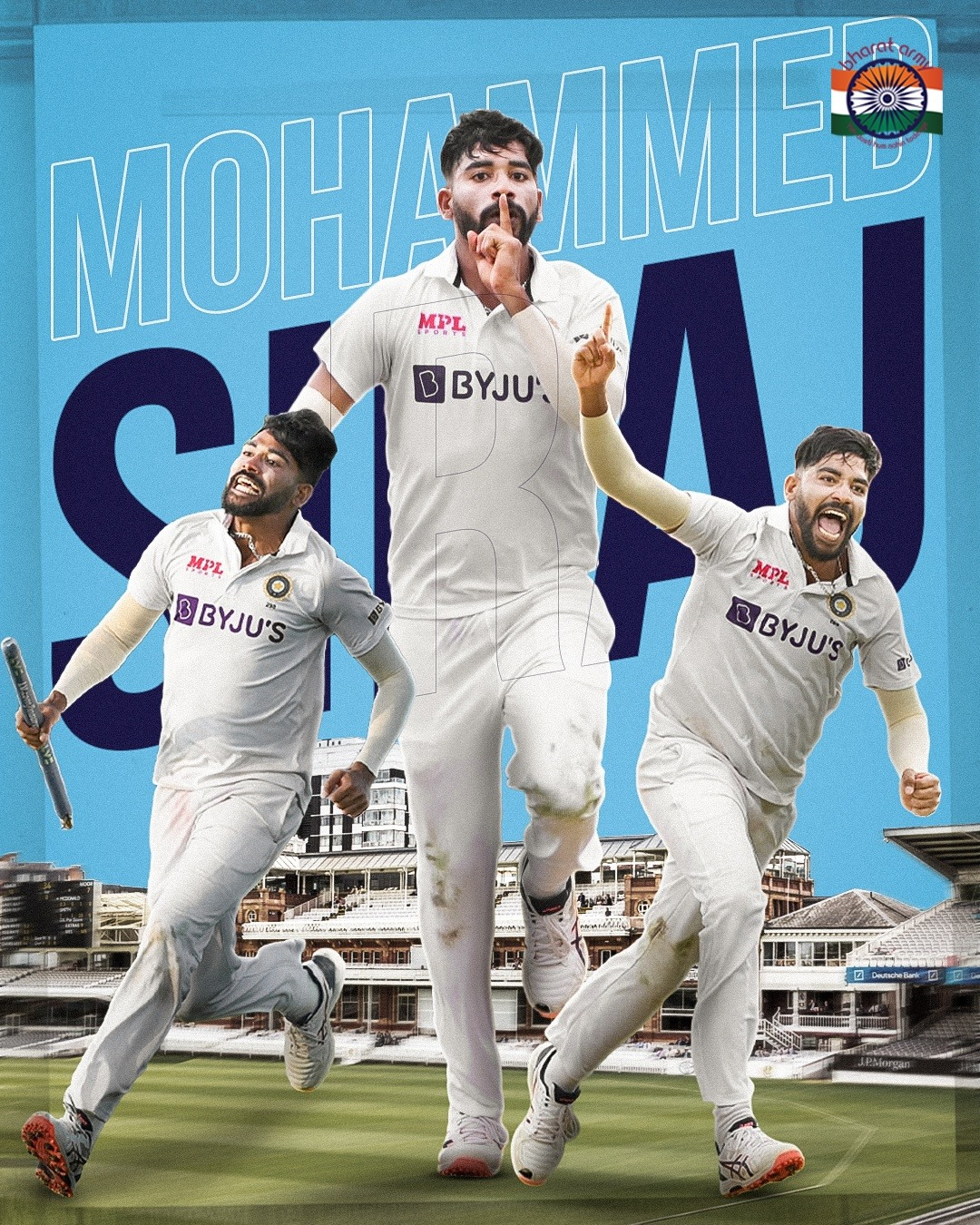 This facet was on full display during the Lord's Test, especially on the fifth day as Siraj broke open the game by dismissing Moeen Ali and Sam Curran on consecutive deliveries before finishing it off by knocking over Jos Buttler and James Anderson.

Siraj claimed 4 wickets each in both innings and finished with match figures of 8-126- the best-ever by an Indian bowler at Lord's.

Will Siraj weave his magic again at Leeds?

Virat Kohli looked good during both the innings of the Lord's Test, but once again, his penchant to shuffle across and feel for the ball outside the off-stump led to his undoing. Virat scored 42 and 20 at Lord's, but more than the lack of runs, it is how he got out that left a sour taste even among his most ardent followers.

Kohli is in the midst of a rare lean patch. He hasn't scored a hundred across formats since November 2019, and while he has been scoring runs consistently in white-ball cricket, the same can't be said about his exploits in the longest format. 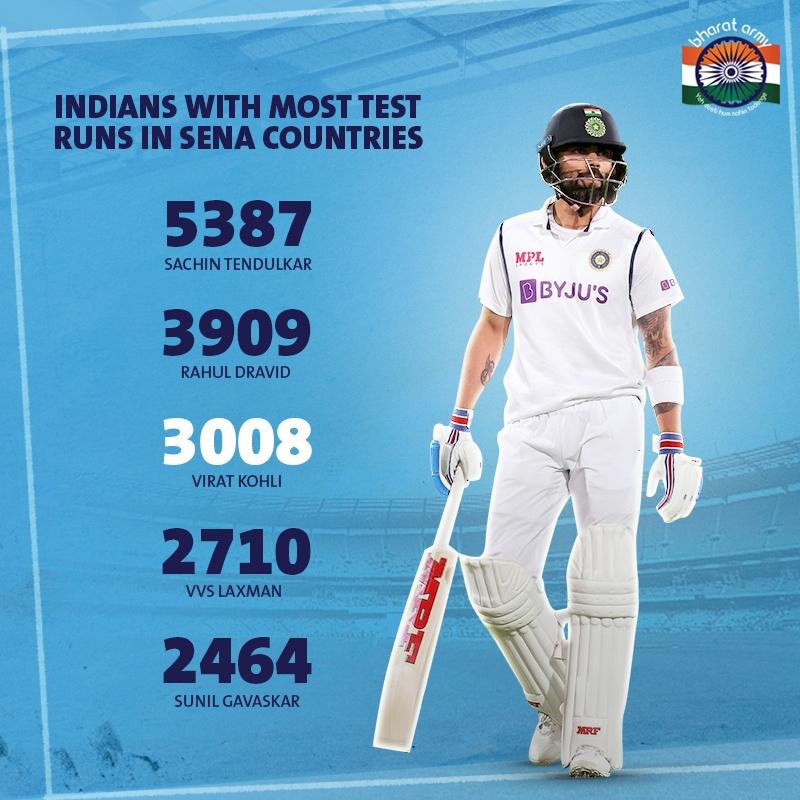 Since 2020, Virat is averaging below 25 in Test match cricket, which is deeply concerning for a player of his stature. That said, he has looked in good form in the series so far, and one would hope that he finally converts his start into a big knock in the Headingley Test.